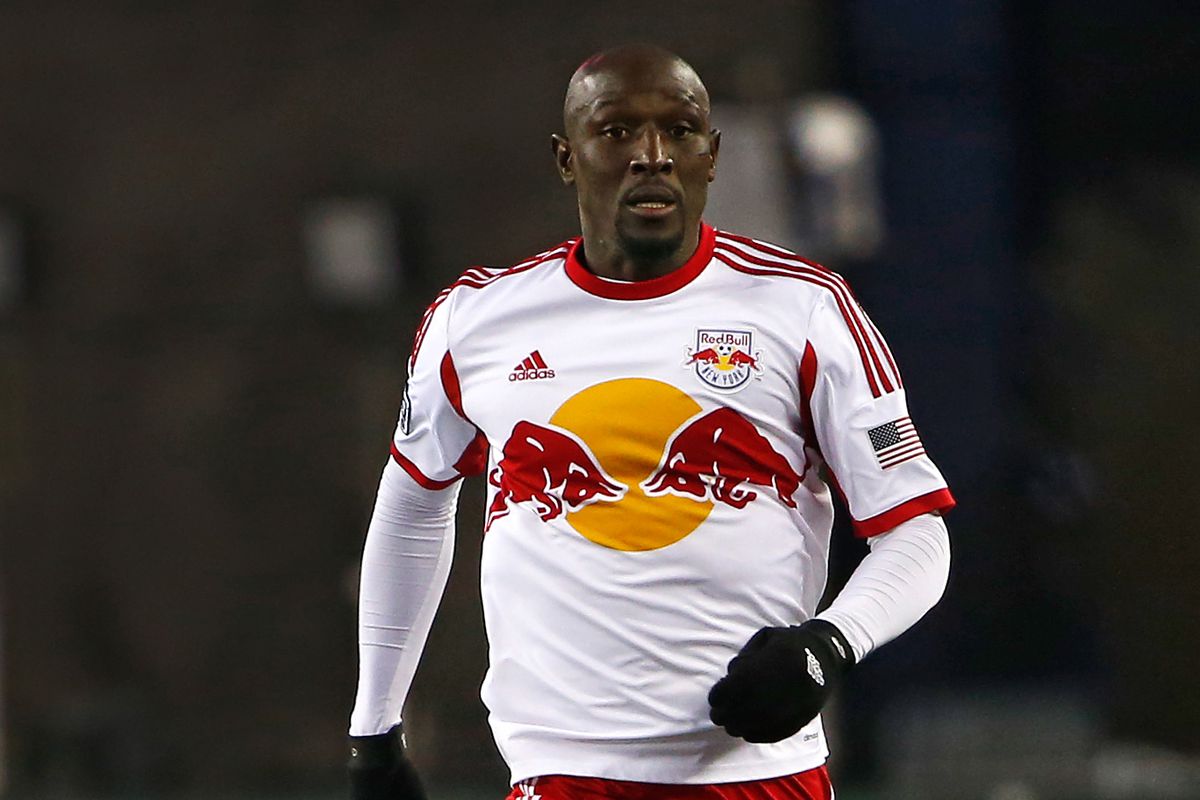 Exceptional footballers and football stories are rare to find in world football, and in a Ugandan context, a handful of players that have stood heads and shoulders above their teammates.

Without a pinch of doubt, former Uganda Cranes skipper Ibrahim Sekagya sits among distinguished company in regard to players who have defined their generations.

The legendary defender enjoyed an illustrious career that span over two decades, rising from an unknown entity in the stony pitches of Kawempe to playing in all continents apart from Asia and Oceania.

And even when he attained a status that gave him the right to walk around with his collar up and hair unkempt, Sekagya carried a unique blend of humility about his persona.

While not everyone regards humility as a virtue, humility to a certain degree is the essence in sports. It is that personal attribute that led to journalist Robert Madoi to rightly paint Sekagya as an ‘old lantern in a world of flashy neon lights’.

The making of a glittering career

Ssekagya was born 40 years ago, on December 19, 1980 in Uganda’s capital Kampala, some five miles away from the capital city’s central business district in Kawempe.

Ssekagya started crafting his skill on the dusty and rocky pitches (kataka) in Kawempe. And from an early age, he displayed a different level of talent to all his local neighbourhood mates.

He possessed incredible control, composure, temperament and concentration; traits that he managed to harness as his career progressed.

A growth spurt after he joined Kawempe Muslim SS further enhanced is reputation among the locals, with local clubs scrambling for his services with lower division Equatorial FC luring him on before he even completed his first year in secondary school in 1993.

With Kawempe Muslim SS giving less priority to sports, Ssekagya’s development suffered a bit. But in 1994, the young defender was priced away by a more compelling football development by Naggalama SS then under Sheikh Kakeeto.

At Naggalama, he was offered a full bursary, linking up with former childhood friends like Gayi, Musoke on the school team that also had Hussein Ssali, Mohammed Byansi and Haruna Mawa among others.

With such a star-studded team, Naggalama went on to reach the finals of the national schools’ championship in 1995. In the run up to the finals, Ssekagya’s overall game attracted the attention of a number of scouts including the charismatic Yusuf ‘Chuni’ Kyeyune.

Chuni, an official with then second tier club State House FC – now defunct – persuaded Ssekagya to join the club as he juggled school with competing in the national second tier.

Playing in the national second tier presented incredible challenges to the defender who was only 16 at the time, but more importantly, it gave him a spring board to truly launch his career.

With Paul Hasule – an incredible defender during his playing days joining State House, and playing alongside another great defender Charles Bukohore, Ssekagya’s development went into overdrive.

In 1995, he was selected for the national youth team, and was part of the team that lost to Ethiopia in the 1995 final of CECAFA Youth Championship in Addis Ababa, Ethiopia.

After his impressive performance at the regional youth tournament, Uganda Cranes coach Asuman Lubowa was captivated and handed the defender his debut months short of his 17th birthday in August 1996, during the preliminary round qualifiers for the 1998 Africa Cup of Nations against Ethiopia.

Episodes of doubt and ascension to Cranes captaincy

Ssekagya quickly became a regular for the national team, and by October 1997, he had amassed 10 caps for the Cranes, but as a young lad, those appearances did not go minus some head in the hand moments.

During an AFCON qualifier in 1999, Ssekagya’s two blunders in a 2-0 defeat to Tunisia almost ended his national team career as fans felt that perhaps the young man’s involvement in such games was rushed.

However, months later, he silenced the doubting Thomases with impeccable performances during the All-Africa Games in South Africa, helping the Uganda U23 (Kobs) reach the semi-finals of the tournament. Although later, he was at the centre of controversy.

A clash of egos between Ssekagya and Andrew ‘Fimbo’ Mukasa moments to the Kobs’ semi-final led to the striker being dismissed from the Cranes camp, and without Mukasa, the Kobs were eliminated.

Ssekagya’s love-hate relationship with fans was on again December 2000 as he was a late inclusion in the Cranes squad for a 2002 AFCON qualifier against the great Senegal squad of the early 2000s.

At the time, Ssekagya chased a transfer to Argentina that fell through, and on return, Cranes coach Harrison Okagbue decided to play the agitated player at right back against Khalilou Fadiga who ran rings around the defender before he was substituted at half time to save him the embarrassment.

The drab performance against Senegal preceded a period where Ssekagya failed to travel for vital games, once again drawing once the darling player against the fans who questioned his commitment to his nation.

But in September 2006, Ssekagya returned to the Cranes fold, playing his first national game in over three years against Lesotho in the 2008 AFCON qualifiers.

His return, was made even sweeter and more daring as he was handed the Cranes captain arm band by Laszlo Czaba, replacing David Obua.

With Ssekagya’s dauntless leadership, the Cranes who had seen their stock fluctuate among the Ugandans rose again, producing euphoric results like the 2-1 victory over Nigeria at the Mandela National Stadium in March 2007.

With Ssekagya and Co uniting a nation once again, they resurrected the dream of once again qualifying for the AFCON. But that dream was not to be realised under Ssekagya’s leadership as the Cranes suffered near misses for qualification in 2008 and 2010.

Approaching the final years of his career, Ssekagya decided to give one last push for qualification to the 2012 AFCON.

The Cranes got off the blocks in the best possible way, picking up 10 points from their first five games, setting up a nail-biting final qualifier against rivals Kenya on October 10, 2011.

The nation surely believed that maybe at last they would return to Africa’s biggest football showpiece, but Ugandan football experienced its most heart-breaking moments as the Cranes were held to a goalless draw at Namboole.

As Ssekagya sunk to the ground after the final whistle, he knew his time was spent announcing his retirement from the Cranes days later, amidst deep adulation and respect for the man from all corners of the country, but gripped with deep fears on how the nation moves on after a such fulfilling career.

From KCCA FC to the world

Ssekagya boldly sits among impressive company in terms of central defenders who have donned the yellow of KCCA over the years.

By the time he made his move from State House to the Lugogo based side, KCCA (KCC then) were in dire need of a quality defender in the mould of club legend Tom Lwanga.

And when then KCCA coach Mike Mutebi made the call to sign Ssekagya in 1997, the club had tried names like David Kavule, Charles Temaligwe, Moses Lasu, and Sulaiman Tenywa but none had really lived up to expectation.

Mutebi had seen Ssekagya as a young lad at Naggalama and was convinced that the club had secured themselves a real gem that would suit the style but also make the club colossal again.

The challenge was how would they get his signature with rivals SC Villa and Express also lurking. KCCA had the upper hand given that Sheikh Kakeeto was a club official and would do anything to have the lad move to Lugogo.

But at the time, State House owned the player, who was on a student license – which meant that the club had to meet his school fees expense – and they were not willing to let the young defender go.

But cunningly (or rather not), KCCA found out that State House had defaulted on paying his school fees and acted first to clear any outstanding balances before State House did.

However, under the shrewd Chuni, State House did not buckle with KCCA eventually forced into paying up to UGX 1.2 million to complete Ssekagya’s transfer.

Partnering Derrick Muyanja in central defence, KCCA were unstoppable and with the likes of Gayi and Edward Mugisha providing the fire power upfront the club cruised to the 1997 league title, Ssekagya wearing the arm band in their final league game where they defeated SCOUL 5-2.

He also played an integral part in KCCA’s continental campaign where they reached the semi-finals of the CAF Cup (now CAF Confederation Cup).

Ssekagya then took his first steps of joining professional when he travelled for trials in Italy at the turn of the millennium. Together with Abubaker Tabula, the trials did not bear fruit, but the pair travelled to Argentina where they made an impression at Los Andes.

However, KCCA and Tabula’s SC Villa blocked the move as their valuation of the players was deemed unrealistic and hence denied the two International Transfer Certificates. But Ssekagya managed to push for a move through joining Argentina’s Atletico de Rafaela.

After two seasons at Rafaela, where he played 68 games scoring four goals, he moved to Ferro Carril Oeste still in Argentina. At the start of the 2005/06 season, Ssekagya joined top tier side Arsenal de Sarandi.

At Arsenal de Sarandi, he grew further in confidence and stature playing 62 league games and scoring two goals, before leaving the club to land a stint in Europe.

In June 2007, Austrian club Red Bull Salzburg announced that they had signed Ssekagya on a three-year contract for a fee that is believed to be around one million dollars.

He made his Bundesliga debut on July 11, 2007 in Salzburg’s 4–1 win against SC Rheindorf Altach and scored his first league goal on July 22, 2007 to secure Salzburg a 2–2 away draw at FK Austria Wien.

He quickly established himself as a regular with the club and finished his first season with 34 Bundesliga appearances to his name, scoring three goals in the league.

During Ssekagya’s six seasons at the club, the defender made 165 league appearances and scored 6 goals. During this time, he helped the club capture three Austrian Football Bundesliga titles and one Austrian Cup.

At 33, Ssekagya made his debut for New York playing as a defensive midfielder in their 3-2 victory over Kansas City. On October 27, 2013, he scored his first goal for the club in their 5-2 victory over Chicago Fire to help win the MLS regular season, the club’s first trophy in 17-years.