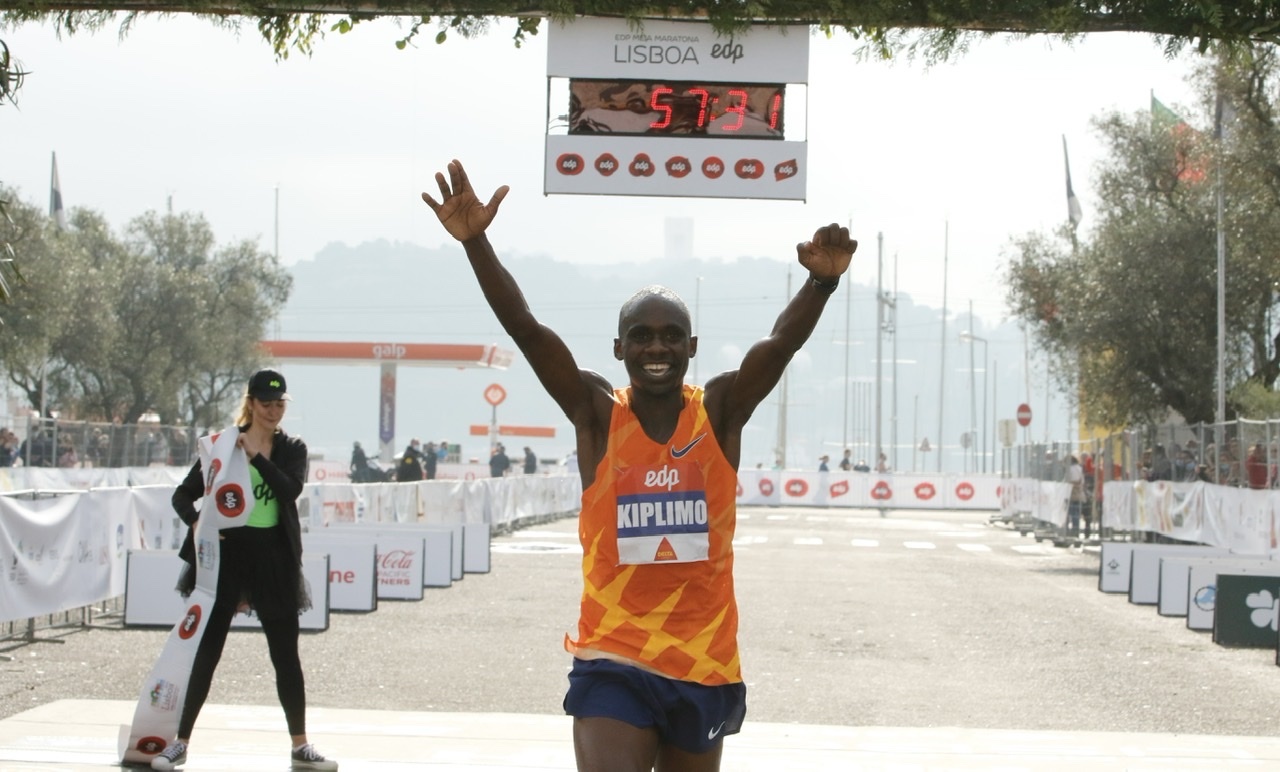 Jacob Kiplimo played his biggest motivator as he raced through the course at the 30th EDP Lisbon Half Marathon in Portugal in a world record time of 57:31 minutes on Sunday.

Kiplimo ran the show from start to finish, breaking the field after three kilometres, controlling the race from the front, leading by close to a minute at the five-kilometre mark.

While he cruised through the challenge in 27:05 minutes after 10 kilometres and then clocking 40:27 at the 15-kilometre mark, the 21-year-old had to dig deeper at the final stretch with the finish line in sight.

Kiplimo was a couple of seconds behind the previous record with only a kilometre of the race to run, and that is when it sunk in that he could kick on and slice Kibiwott Kandie’s time that stood at 57:32.

The Olympic 5000-metre bronze medallist said after the race that he had ‘to tell his mind’ that the record was still within range, and threw everything at it.

“I knew that I was going to break the World Record when I entered in the last kilometre,” Kiplimo told fastrunning.com.

“When I was on the finish straight and saw the clock, I had to put in all my efforts. And tell my mind that I had to sprint very fast to reach the finish line,” added the new half marathon record holder.

Kiplimo who ran a perfect race also promised that he will return to Lisbon and try to improve on his current time should his schedule allow him.

“I hope and I hope. Let’s wait until this COVID-19 situation is finished and maybe I can comeback. I’ll talk with my manager about it,” he said as he walked away with 100,000 Euros (over UGX 400 million).

“Many congratulations to you my brother Jacob Kiplimo. Finally the half marathon world record lands home,” the tweet continued.

This stellar performance is worth celebrating. Many congratulations to you my brother @jacobkiplimo2 finally the half marathon world record lands home. https://t.co/7Z2qSNZWzS

The victory in Lisbon paints Kiplimo in similar shade with great road runners like Kenya’s Moses Tanui who was the first runner in history of the 13.1-mile race to break the one-hour barrier in 1993 when he clocked in at 59:47 in Milan.

Haile Gebrselassie upped the pace running below 59 minutes in Tempe in 2006 with 58:55. Four years later, Eritrean Zersenay Tadese further sliced the world record to 58:23 in Lisbon.

Tadese’s record would stand for eight years before Abraham Kiptum ran 58:18 in Valencia 2018 to start a run of consistent improvements to the world record time.

Ethiopia’s Esa Huseyidin Mohamed and Gerba Beyata Dibaba finished second and third, stopping the clock at 59:39, while there was other six athletes who finished below the hour mark.

Buying a Wife? End up being Polite and Respectful