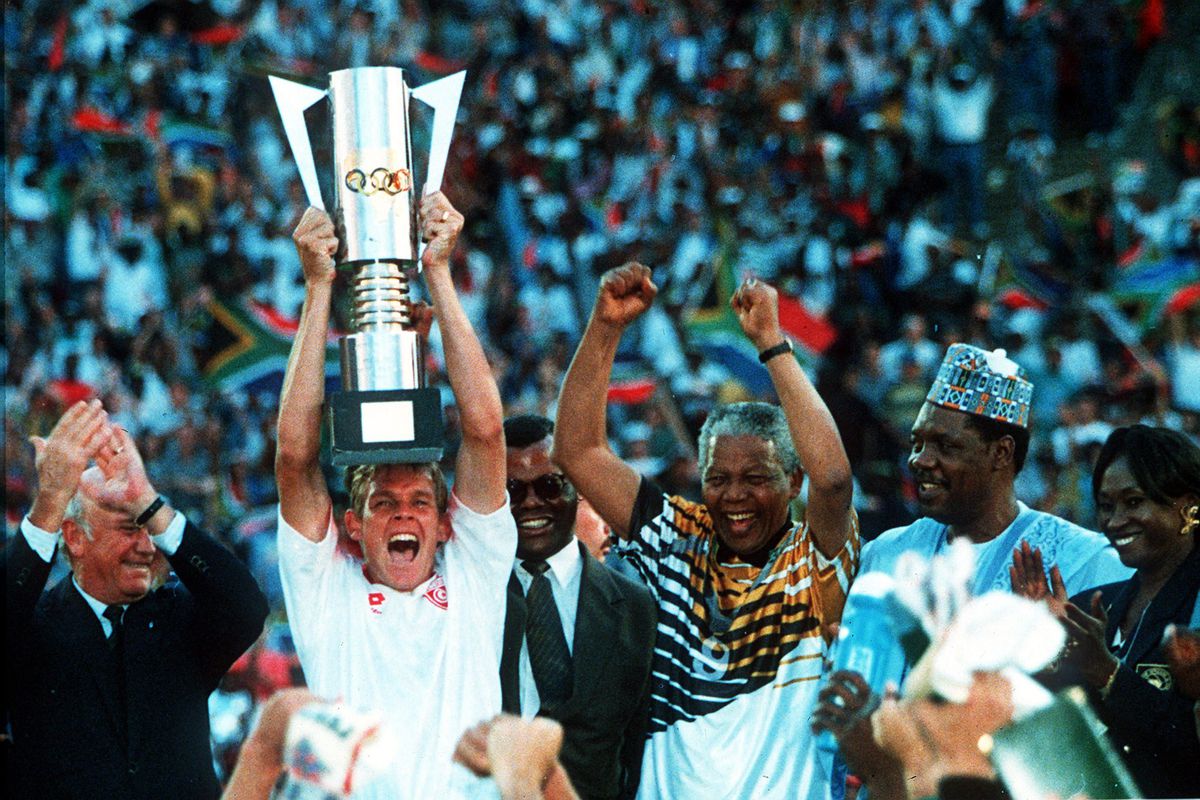 After a long period of exile, South Africa returned to continental participation, and their first ever Africa Cup of Nations appearance in 1996 was a one that will last forever in the memories of their people.

Bafana Bafana amazed the world at home with breathtaking performances that was capped by nothing but the title itself.

South Africa opened the tournament with a huge 3-0 victory over giants Cameroon to send a message that they mean business.

A 1-0 victory over neighbors Angola was followed by same score defeat to Egypt that didn’t stop them from reaching the next round.

In the quarterfinals they managed a hard fought 2-1 win over Algeria to reach the semis, where they produced another amazing performance to defeat Ghana 3-0.

In front of more than 80,000 supporters, Mark Williams scored twice in two minutes as Bafana Bafana defeated the Carthage Eagles of Tunisia 2-0 in the final to be crowned champions on their debut appearance.