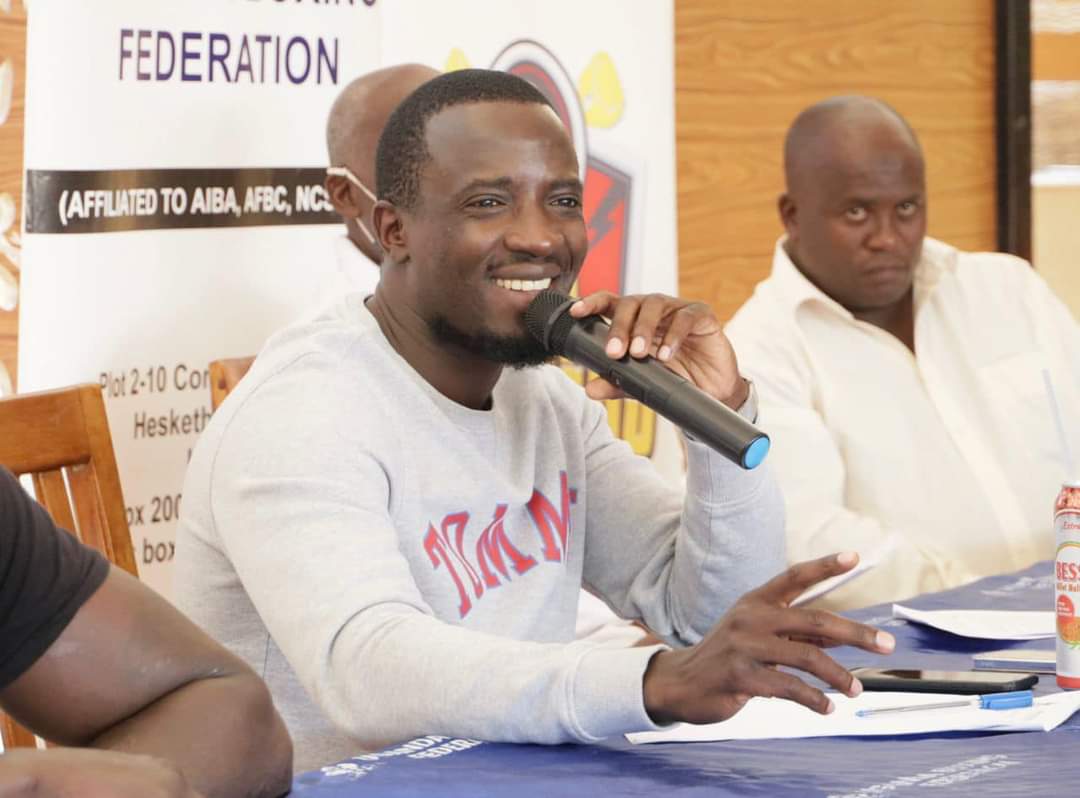 Muhangi and three of his executive members occupying elective positions returned unopposed after the nomination process.

The youthful and stylish philanthropist who replaced Justice Kenneth Gimugu in 2018 has had several opposition voices and court summons emanating from within the fraternity during the early stages of his first term.

After triumphing in all the court cases, Muhangi says that his focus areas in the new term will be local boxing development and commercialization of the sport.

He also targets establishing countrywide boxing functioning structures, attaining international boxing excellence, turning boxing into a cash cow for the stakeholders involved and making the sport a lifestyle for Ugandans.

“More local competitions will be introduced to attract sponsors so as to make boxing a more commercialized sport,” noted Muhangi who returns unopposed with his General Secretary Simon Barigo that is bound to serve his fourth term in the same capacity.

“We also need to get back to grassroots especially schools to nurture boxers with basics. The international federation is ready to construct an international standard academy in Uganda and we are only delayed by land availability.”

“This will help and good enough we have trained more technical officers including coaches in my first term. We need to make boxing a lifestyle and that is what the champions league is trying to build,” Muhangi added.

Other executive members who have returned unopposed are treasurer Richard Muhumuza and Rose Kabwama, the head of women affairs.

The other Executive positions will be appointed by the president as per the constitutional amendments that were passed last year. Muhangi is the first to secure a second term office after David Agong in 1989.

Precisely what is an Open Romantic relationship?