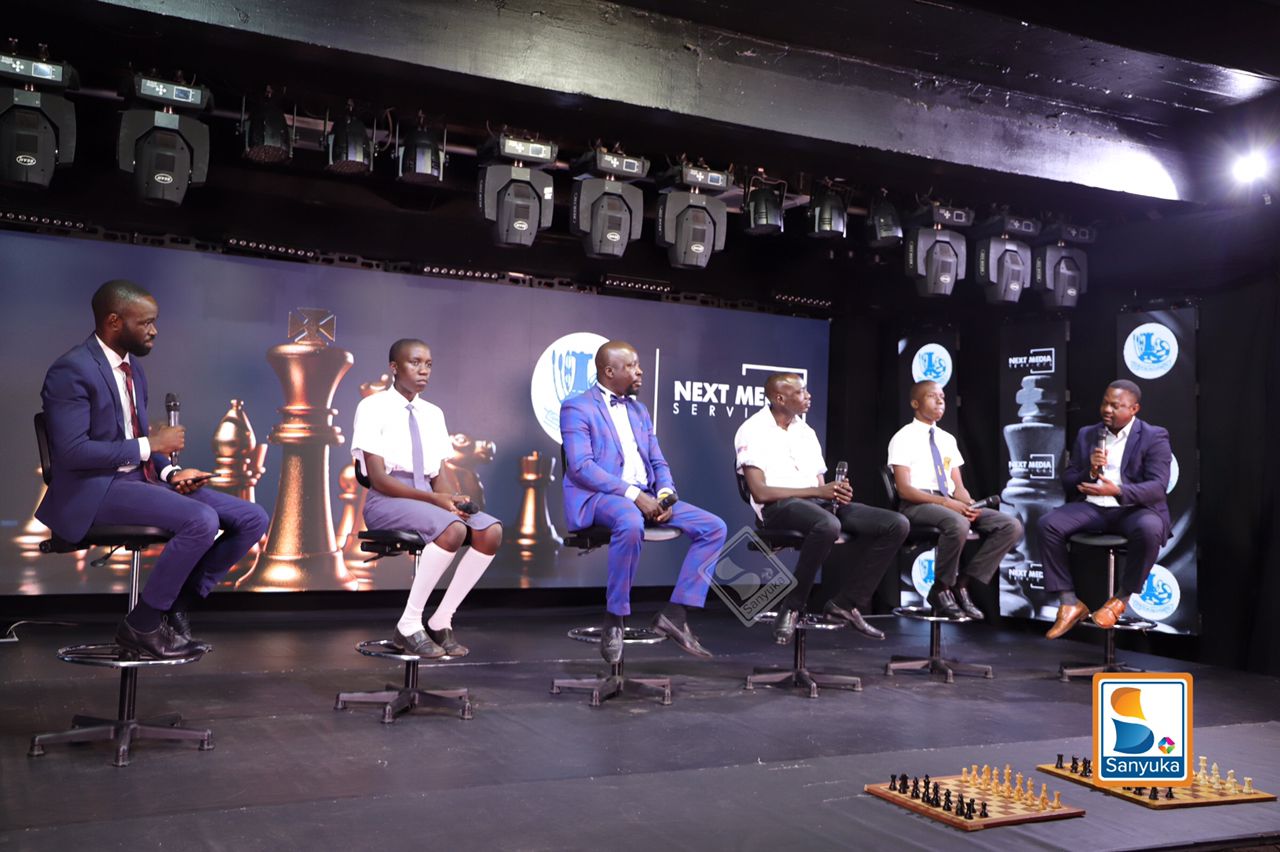 Next Media, has now been granted full broadcast rights for all chess events and tournaments with the agreement between UCF and Next Media helping take the sport of chess to a wider audience than ever before.

This partnership will enable the growth of Chess in the country through airing and promoting competitions, tournaments and needs about the game live on NBS and Sanyuka Televisions.

With the Chess Federation marking its 50th anniversary this year since its inception in 1972, UCF president Emmanuel Mwaka described the partnership as a ‘perfect play’ for the game.

“The partnership with next media is very timely,” Mwaka said, adding; “Since 1972 to 2022, we have managed to move a long journey to become a top sport in the country.”

“That journey has now taken us to offices of leading executives. We have seen tremendous growth, by making strategic moves from being ranked as a tier five country to now tier three. We have 12 grand masters and over 50 ranked chess players in the world.”

“We have so much talent. Uganda as a country is very gifted in terms of chess players. We have a lot of potential. So, this partnership is very crucial. It means that the sport now has the potential to spread like a wild fire.”

“Now with this partnership with Next Media, it opens even more doors for us to spread the sport to far areas and touch new people,” he said.

Next Media’s Chief of Strategy Joe Kigozi stated: “At Next Media, we pride ourselves in informing to transform. We want to help become inspirations. The young people who play chess have several inspirational stories.”

“I want to thank the federation for being foresighted and taking chess to schools. Because when you start playing the game at an early you develop that talent early.”

“Now what Next Media is bringing is the coverage, we are helping create content and sell the sport. I keep saying that there is no better way to market this country than through sport.

With the coverage we bring, a lot of people are watching and that means they will bring massive revenue and support,” he added.

Edwin Piido, a student at St. Mary’s College Kisubi (SMACK) and a grand master at continental level said that playing chess has helped him through school.

“I started playing chess at five years old. My father introduced me to the game. I did not like it at first but when the enjoyment started to kick in, I didn’t look back and I have learnt a lot,” he explained.

“The beauty about chess is that it challenges your mind and it gets you thinking in a specific way. In terms of my school work, I now find sorting certain problems easier, especially math problems.

Maria Nakanyike, a student at World Ahead Secondary School in Matugga said that her ambition is to become the first female grand master from Uganda.

“I started playing chess when I was nine. I liked the game after seeing my brothers playing chess and winning trophies. My father did not want me to play the game, but I insisted that I needed to learn,” she said.

“I lost all my games in my first tournament, and seemed to lose morale, but my father encouraged me to keep going and at my second tournament, I won a medal and everyone was happy, setting me well on the way to loving the game.”

“My ambition now is to become the first female grand master from Uganda. I know that calls for a lot of dedication, but it is a journey I want to take and I know I will achieve that,” she continued.

The first tournament to be aired will be the Uganda Chess Open slated for 16th to 20th February 2022, where the FIDE President Arkady Dvorkovich is expected in Uganda and other federation presidents. Over 40 countries will take part in the tournament.

The biggest competition at the chess festival shall be the Uganda Chess Open as the Ugandan representatives try to defend their crown from various International and Grand masters from across Africa.

Competitors from Angola, Kenya, Rwanda and Tanzania have all been confirmed to take on team Uganda that shall have international masters like Arnold Ssegwanyi and Haruna Nsubuga.

The festival shall also have a legends tournament for players above 50 years like five times East African champion Emmanuel Kabuye, Dr Zerenguzi and Jeff Kikabi.