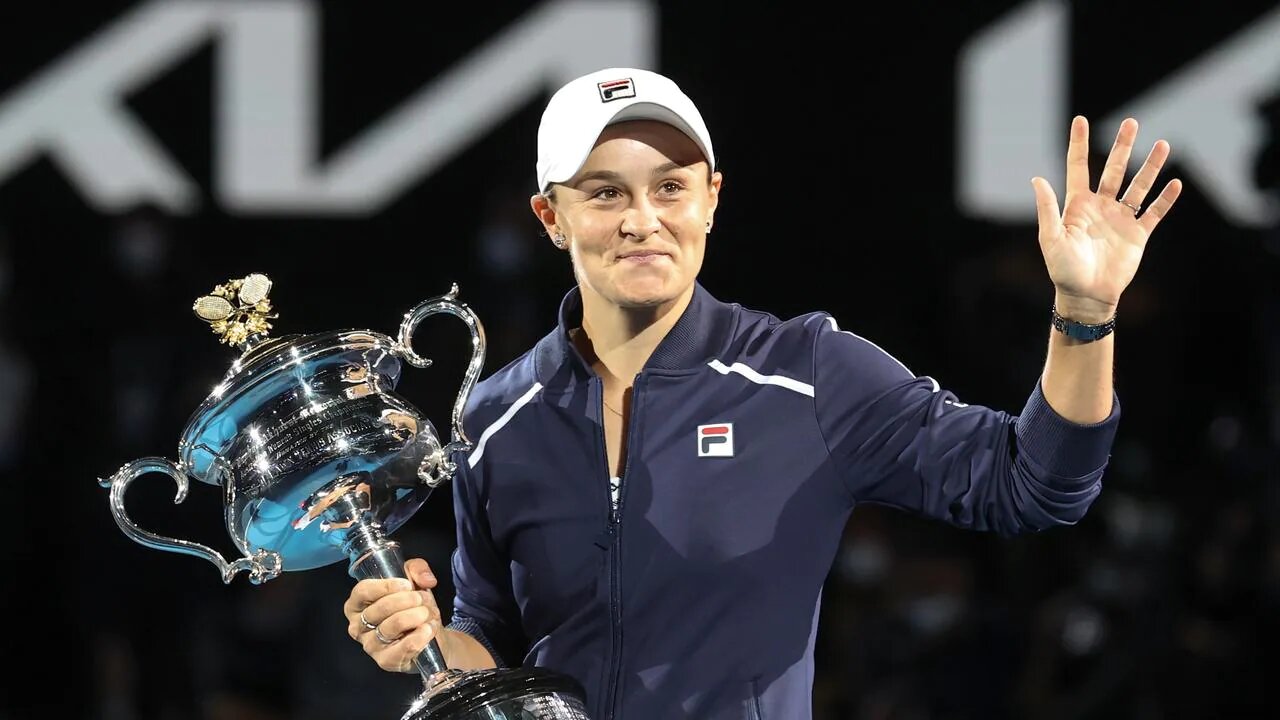 Ash Barty dropped a bombshell on the tennis world on Wednesday, the 25-year-old announcing her retirement at the peak of her game and just two months after claiming a third Grand Slam title at the Australian Open.

Citing the fulfilment of her tennis goals and fatigue with life on the Tour, the world number one walks away with 15 titles to her name, the last coming at Melbourne Park where she ended Australia’s 44-year wait for a home champion.

“I know how much work it takes to bring the best out of yourself. I don’t have that in me anymore,” she said in video posted on her Instagram account on Wednesday.

“I don’t have the physical drive, the emotional want and everything it takes to challenge yourself at the very top level any more. I am spent.”

It marks Barty’s second retirement from the sport, having walked away from the game as a teenager in late-2014 after becoming disaffected by the Tour.

She returned in 2016 and rose rapidly up the rankings, earning global acclaim for her tennis and fans’ affection for her sportsmanship and laid-back demeanour.

Spending 121 weeks as world number one, Barty won the 2019 French Open and Wimbledon in 2021 and appeared well set for more Grand Slam success to take her place among the game’s greats.

However, she never made any secret of her dislike for the touring life and her battles with homesickness.

She said realising her “one true dream” by winning Wimbledon last year had changed her perspective.

“Ash Barty the person has so many dreams she wants to chase after that don’t necessarily involve travelling the world, being away from my family, being away from my home, which is where I’ve always wanted to be,” she said in the video, interviewed by her close friend and former doubles partner Casey Dellacqua.

Barty suffered depression on the Tour after turning professional as a teenager, leading her to quit and briefly reinvent herself as a professional cricketer in her home state of Queensland.

When COVID-19 halted tennis in 2020 she took nearly a year off to stay home with family rather than rejoin the circuit when it resumed.

As players battled at the delayed 2020 French Open, Barty was spotted in the crowd at an Australian Rules football match in Brisbane, cheering her beloved Richmond Tigers with a cup of beer in her hand.

Wearing a simple blue sports top and with her hair pulled back in her trademark bun, Barty wiped away tears during the interview with Dellacqua.

“I know I’ve done this before, but in a different feeling,” she said.

“I’m so grateful for tennis, it’s given me all of my dreams, plus more, but I know the time is right now for me to step away and chase other dreams and to put the racquets down.”

She bows out with almost $24 million in career prize money and as a national hero by beating American Danielle Collins in the Australian Open in the final in January. read more

As the second Aboriginal Australian to win a Grand Slam title, following in the footsteps of the great Evonne Goolagong Cawley, Barty has also become an idol for her country’s Indigenous population.

“You are all class, your commitment to excellence in your chosen field in tennis … I’m sure anything you turn your hand to you are going to be a great success,” he added.

WTA boss Steve Simon said Barty led by example through her professionalism and sportsmanship in every match.

“With her accomplishments at the Grand Slams, WTA Finals, and reaching the pinnacle ranking of No.1 in the world, she has clearly established herself as one the great champions of the WTA.”

Her retirement echoes Justine Henin’s decision to quit in 2008 as a 25-year-old world number one with seven Grand Slam titles. Henin came out of retirement in 2010, inspired by fellow Belgian Kim Clijsters’ comeback.

2005 U.S. Open champion Clijsters retired in 2007 at the age of 23 but returned after a two-year hiatus to claim another three Grand Slam titles.

Women’s tennis will have a new world number one in Poland’s Iga Swiatek.

Australia will hope Barty’s second retirement ends up like her first, broken by another comeback and more Grand Slam silverware.

Reporting by Ian Ransom; Additional reporting by Nick Mulvenney in Sydney and Manasi Pathak in Bangalore.