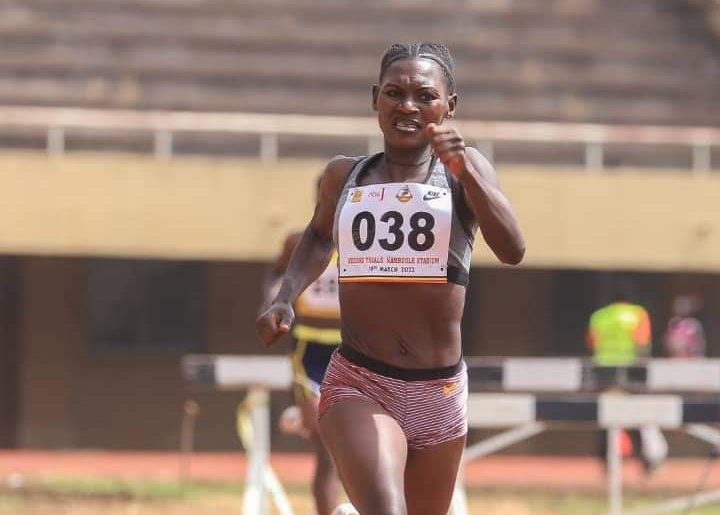 It was a sixth time ‘Better’ for Banura Mauren Akiiki who dug deep, using her experience and determination to beat teammate Nanziri Emily of Police to make the Commonwealth Games qualification standard of the Women’s 400m.

Banura has taken part in each one of the six UAF trials and she made steady progress that has finally seen her run a personal best time of 54.66, just inside the required 54.74 time for the Common Wealth Games.

Her Police teammate, Nanziri Emily came in second with a seasonal best time of 55.13.

Joshua Cheptegei Development Fund (JOCDEF) young women athletes, Cherop Patience and Chekwemoi Brenda missed the qualification times for the World U-20 in the 1500m by 13 and 33 micro-seconds respectively.

Similarly in the Women’s 3000m U-20 race, Police athletes, Chebet Scarlet P and Cherop Risper narrowly missed out on the qualification time to Cali Colombia by 10 and 37 micro-seconds respectively.

Meanwhile, among the men, Adome Pius, re-confirmed his qualification for the Commonwealth Games in the 200m by posting a time of 21.21 of the required 21.24.

The 3000m U-20 men made up for the near misses by the women, by qualifying the first five of them.

Unfortunately for him, this time was still 80 micro-seconds short of the required qualification mark for the Common Wealth Games of 28:38.00.

This was the last of the 6 trials lined up by UAF to enable the athletes at home, to qualify for the Common Wealth, World Championships, World Under 20, Africa Senior, and other International Competitions.

UAF now shifts focus to the Regional Athletics Championships spread out across the country on Saturday 21st May 2022.

Generally, the UAF National trials have been very successful with each one of the six producing qualifiers for the various international championships.

The trials have also enabled USSSA, AUUS, Uganda Para Olympic Sports Association, and the Uganda Association for the Deaf Sports to select participants for their competitions.

The winners of the 6th Trials include:

The World of Mail Order Brides