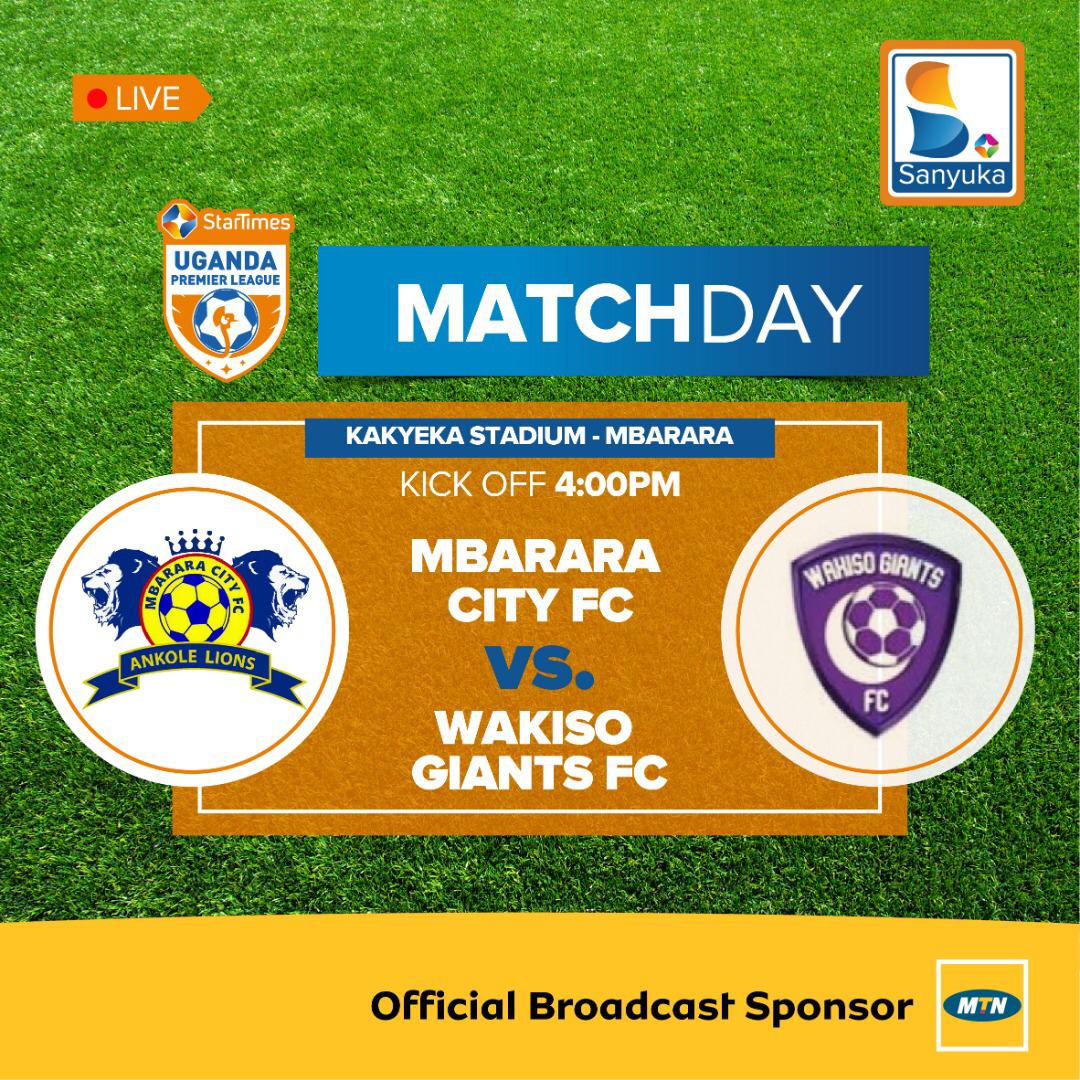 The StarTimes Uganda premier league returns today as Mbarara city FC hosts Wakiso Giants fc at the Kakyeeka Stadium in Mbarara. The game will be televised live on Sanyuka TV.

Both teams will be looking for their first win of the season. Douglas Bamweyana’s Wakiso Giants have drawn all their five games and are currently 10th on the pile while The Ankole lions are 13th with three draws and two losses.

The two teams are meeting for the first time in the league at this stadium. The Ankole lions hosted a similar fixture in Bombo a match that ended 1-0 in favor of the hosts last season after Kakyeka was rejected by the FUFA stadium committee for ‘being in poor condition’.

He says the aim is to register their first win of the season.

During the CHAN break, disciplinarian Bamweyana released five players including striker Karim Ndugwa, Gaddafi Wahab. He says the squad is polished enough to grind a victory out of the Kakyeeka fortress.

Police FC hosts Kyetume FC with a number of absentees in their squad. Midfielder Frank Tumwesigye, club top scorer Ben Ocen, midfielder Muwada Mawejje, Samuel Kayongo and Fahad Kizito are injured while their forward Derrick Kizito is out on national duty with the Uganda hippos in Mauritania.

Their opponents are without their head coach Living stone Mbabazi who lost his mother and he travelled for burial that was set for tomorrow in fort portal and as a result Baker Kasule shall be in charge of today’s encounter. Kyetume fc’s defender Benon Tohomera who was indefinitely suspended for making salary alarm and Nicholas Kasozi a midfielder who is yet to show up to the club premises since training resumed are out.

Although the visitors are yet to lose a league match this term, they are a point behind the hosts. Police fc is fourth on the table with 10 points while Kyetume fc is 7th with 9 points

KCCA FC visit Jinja based BUL FC after losing their last two league games in December before the CHAN break. KCCA lost 2-1 against SC VILLA and URA fc to drop to 5th on the table with 9 points.

BUL FC beat KCCA FC 3-0 in a similar fixture last term. The hosts are 12th on the table with 4 points.

The other game will be 8th placed Onduparaka taking on relegation fighting Busoga United.

Onduparaka won two, drew as many and lost one hence collecting eight points while the visitors who sit 14th on the log and are yet to win a game losing four and drawing the other.

In the other game to be played in Lugogo, the 4th place cops, Police entertain the Slaughters of Kyetume who are placed seventh with nine points.

Magambo own goal gives Vipers win over KCCA in Kitende