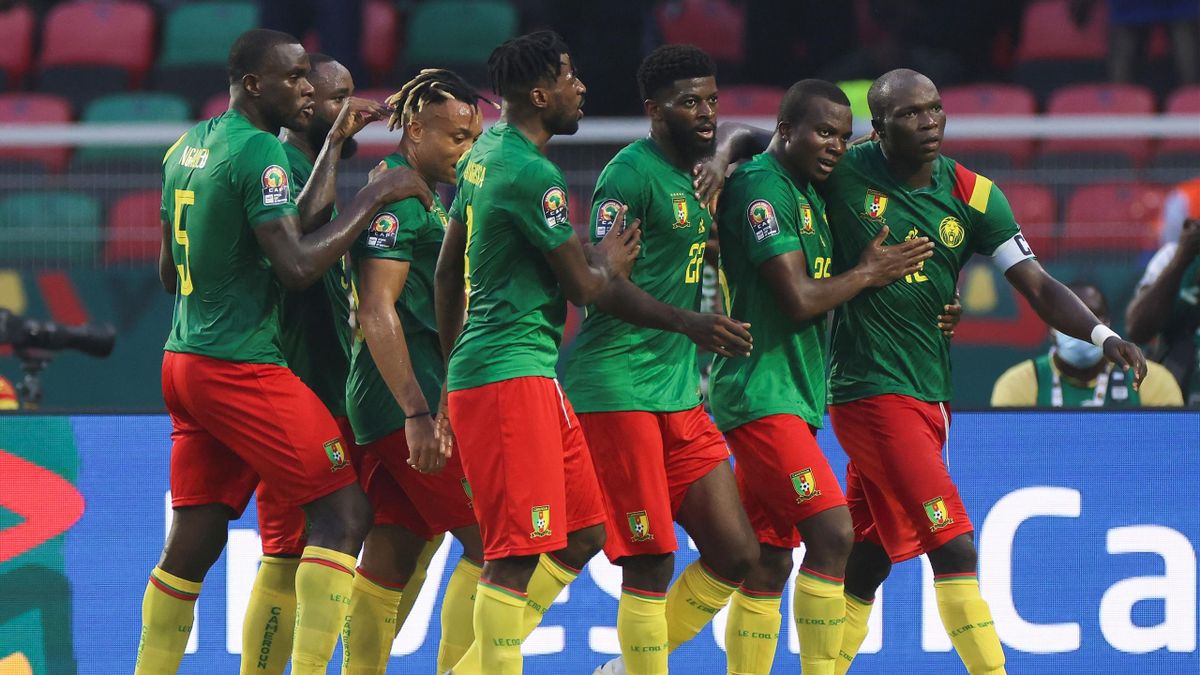 Hosts Cameroon came from a goal down to claim an early advantage in Group A following a 2-1 victory over Burkina Faso in the opening match of the Africa Cup of Nations in Yaoundé on Sunday.

Gustavo Sangare scored the first goal of the 2021 AFCON after 24 minutes at the Olembe Stadium, following a sustained period of pressure from the Stallions.

Captain Bertrand Traore saw his header cleared off the line, with Sangare’s cross bouncing off the cross bar before the two combined for the opening goal of an infectious game.

Traore picked up a loose ball on the right and his cross was poorly dealt with by Cameroon with goalkeeper Andre Onana missing the ball that fell right on Sangare’s foot to tuck into an empty net.

The hosts were not broken in spirit as majority of the 48,000 fans who made it into the stadium rallied them on.

The Indomitable Lions were given a chance to draw level in the 40th minute after a long review by the Video Assistant Referee (VAR) awarded them a penalty for a clumsy tackle on Andre-Frank Zambo Anguissa from Traore.

Aboubaker – scorer of Cameroon’s winning goal in 2017 – stepped up to send goalkeeper Herve Koffi the wrong way. In first half injury time, Cameroon was awarded another penalty when Issoufou Dayo needlessly slid into Cameroon defender Tolo.

Aboubaker once again made no mistake, again beating Koffi, this time placing his penalty to the left as the keeper went right. But he was denied a hat-trick by a VAR call for offside in the second half.

Onana was also called into action on several occasions in the second half, keeping out a long-range effort from Traore and also denying Cyrille Bayala from close range.

The 2021 AFCON was delayed by a year after the outbreak of the coronavirus pandemic in 2020, and was put in doubt last month as CAF considered cancelling the tournament last month.

But Cameroon managed to put up a glorious and colourful opening ceremony that was also attended by Cameroon’s 88-year-old president Paul Biya, who has ruled the Central African country for 40 years, as well as FIFA president Gianni Infantino and Confederation of African Football supremo Patrice Motsepe.

Cameroon who are seeking to win their sixth AFCON trophy and also become the first host nation since 2006 to win the title are back in action on Thursday against Ethiopia.