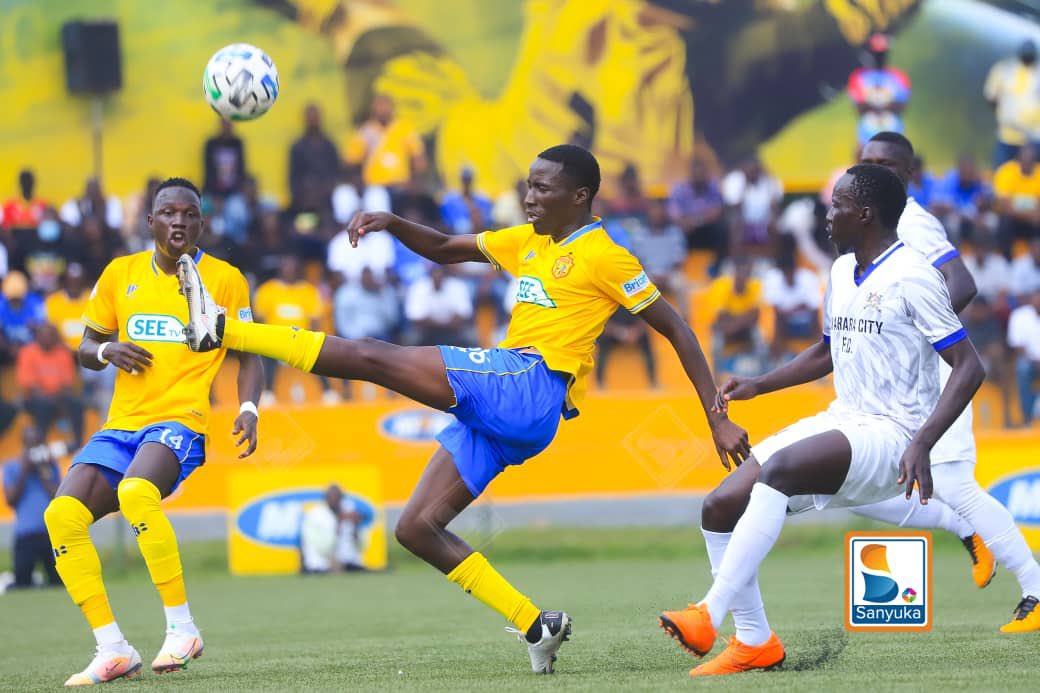 Herbert Achai scored the only goal of the game as Morley Byekwaso’s men reclaimed top spot in the StarTimes Uganda Premier with a 1-0 victory over Mbarara City at the MTN Omondi Stadium.

Achai, who has played every minute of KCCA’s 13 games so far this season capped a bright start for his side as his low shot was spilled into the net by goalkeeper Martin Elungat.

The defender was vibrant throughout the contest on Wednesday afternoon at Lugogo and struck the crucial blow after only 65 seconds.

He picked up the ball at the halfway line and was allowed to run through the heart of the Mbarara midfield before picking his spot and driving low, though he needed a stroke of luck for the goal.

Mbarara ended 2021 with an uninspiring performance against Gadaffi, but came to life shortly after falling behind, and had chances to draw level in the next 20 minutes as Jude Ssemugabi drew a fine low save from Derrick Ochan.

Solomon Okwalinga, and Tom Kakaire also had opportunities at goal but they failed to capitalise on them.

Elungat managed to partly make up for his mistake, pulling off a fine low stop to keep out Sadat Anaku’s before putting his finger tips on another splendid volley from the striker close to the halftime break.

Mbarara returned in similar spirit for the second half and some clever play set up Kakaire but the young midfielder fluffed his shot, while John Revita’s last ditch block denied the midfielder at the hour mark.

In the other fixture, Busoga United picked up their first victory in nine games with a 2-0 win over Onduparaka FC at the FUFA Technical Centre in Njeru.

Shaka Ssali scored in either half wile Sunday Mulanda saw red for a second bookable offence with 10 minutes to go as Busoga took their tally to 10 points, level with 13th placed Onduparaka.