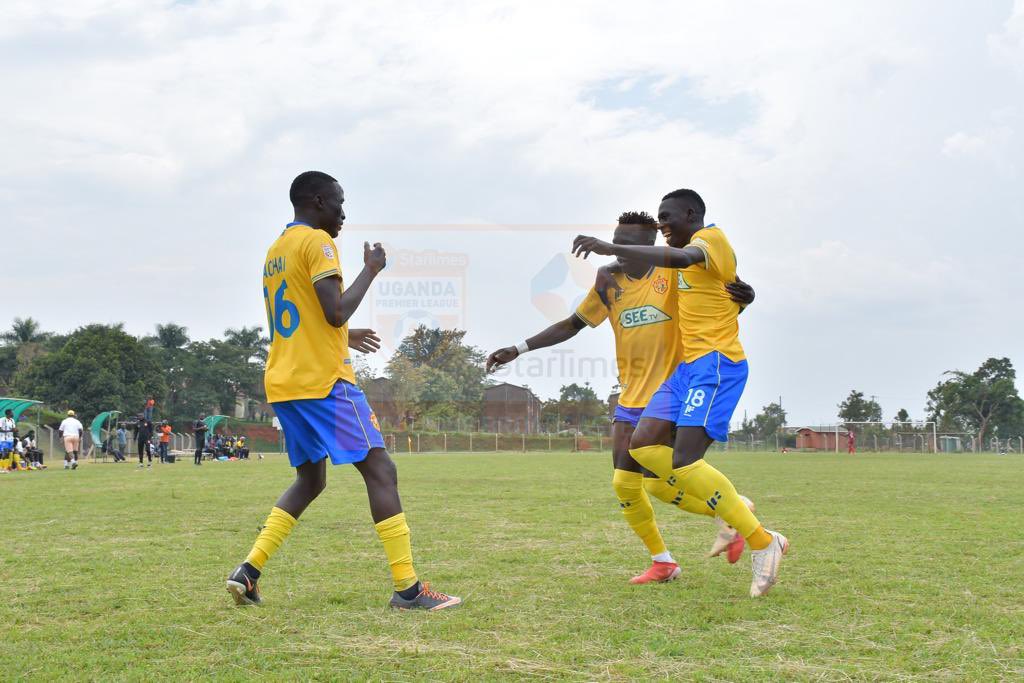 KCCA FC completed a league double over UPDF FC for the first time since the 2016/17 season with a comfortable 3-0 victory at the Bombo Barracks grounds on Tuesday.

Goals from Sadat Anaku, Brian Aheebwa and an own goal from Donato Okello helped Morley Byekwaso’s side return to winning ways after three consecutive stalemates in the league.

The opener came on 17 minutes when Anaku prodded in from close range form Denis Iguma’s knock down after Herbert Achai’s corner was poorly dealt with.

The Kasasiro boys almost added a second after Anaku robbed Samson Kasozi of possession at the half way line, raced through on goal but short straight at goalkeeper Yusuf Wasswa.

UPDF came close to equalising midway through the first half, but Ivan Ahimbisibwe’s was deflected over by a timely block from Iguma. At the other end, Wasswa superbly saved Anaku’s low strike.

The Army side were awarded a penalty deep in first half added time after Hassan Jurua brought down Okello just inside the penalty area.

But captain Benjamin Ochan ensured that they took their lead into the break with an assured save to his left to deny Ahimbisibwe.

The hosts further complicated any chances of a come back when Okello turned Brian Majwega’s cut back into his own net.

Then Aheebwa ensured that the points were safely delivered with his first league goal in over 15 months, turning in a rebound after Wasswa initially saved from Anaku.

KCCA reclaims second spot over URA as they move to 45 points, while they still hold two games in hand. UPDF meanwhile remains seventh on 27 points despite suffering a ninth defeat of the season.

URA’s Sserubiri suspended for a month