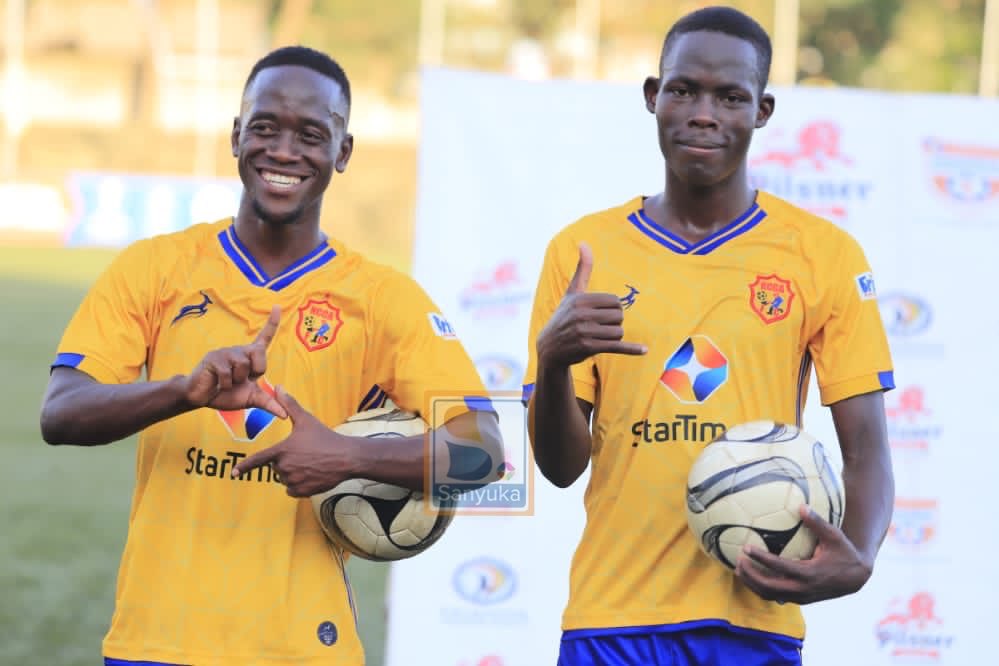 KCCA FC’s Brian Aheebwa made his interest in the StarTimes Uganda Premier League golden boot as he netted four times to gift KCCA FC a domineering 8-0 victory over Onduparaka.

Besides his individual brilliance, Aheebwa’s ‘bromance’ with fellow forward Sam Ssenyonjo set the scene as their interplay yielded the first goal of the day for Aheebwa in the 18th minute.

Five minutes later Herbert Achai punished Onduparaka shot-stopper Austin Opoka for not properly marking his lines as he curled a long ball from near the touchline into the top right corner to double their lead.

Ssenyonjo then got his first of the day in the 30th minute this time Aheebwa turning provider. At this point the visitors looked completely subdued.

Before the break there was time for two more for KCCA FC. Ssenyonjo with his second and a penalty for Aheebwa after Samson Kigozi was pushed down inside the area.

The first stanza ended 5-0. In the resumption, Mike Mutebi’s lads were unrelenting as they kept their foot on the pedal.
Sam Ssenyonjo was at it again as he easily beat Opoka for his hat-trick.