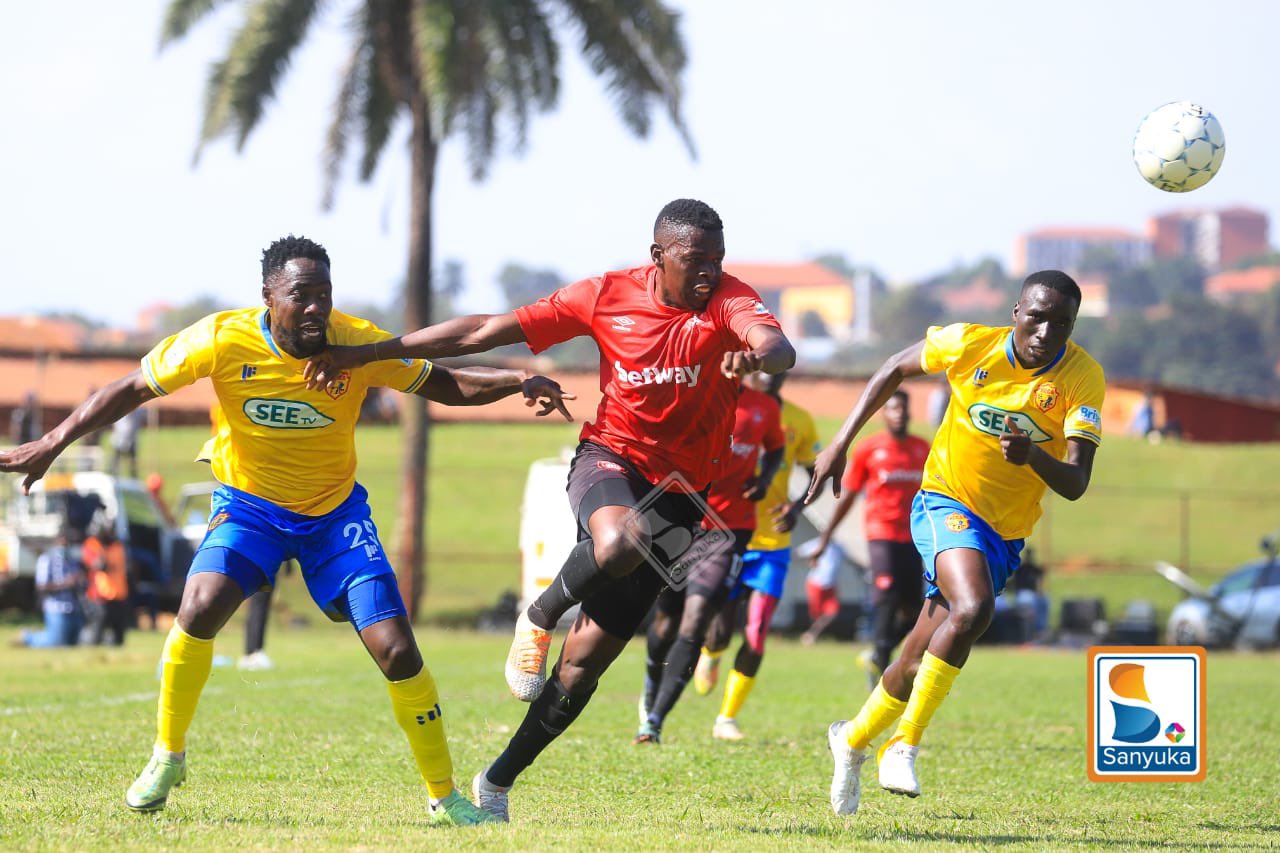 Joseph Akandwanaho scored with his first touch for Express to ensure that spoils were shared in a gruelling Kampala derby against KCCA FC at the Betway Muteesa II Stadium on Thursday.

KCCA made the trip to Wankulukuku searching for a victory that would take them back to within a point of leaders Vipers.

The Red Eagles led through Martin Kizza’s first goal in seven games when he perfectly executed his free kick, curling it over and beyond Derrick Ochan into the top corner.

KCCA pulled a goal back at the stroke of half time as Julius Poloto converted from the penalty spot after he was brought down inside the penalty area.

The decision by referee William Oloya to award the penalty for a slight touch from Express captain Enock Walusimbi was strongly contested with Walusimbi arguing his innocence even after the half-time whistle went.

Sadat Anaku then gave the visitors the lead in the 56th minute with a brilliant half volley finish past Dennis Otim after some brilliant team play on the left wing.

Express refused to go silent and benefitted from poor defending by Express as a breakdown in communication between goalkeeper Ochan and his defenders allowed Akandwanaho to pounce on a long ball and poke into an empty net.

Odoch’s side nearly stole the victory in the 89th minute but Kambale’s curling effort struck the upright and sailed across the goal line before KCCA managed to clear their lines.

The draw leaves KCCA second, but see the gap to Vipers now open to three points as they pick up their seventh stalemate of the season.

Express slip into sixth position as Odoch continues to wait for his first league victory since taking charge of Express last month.