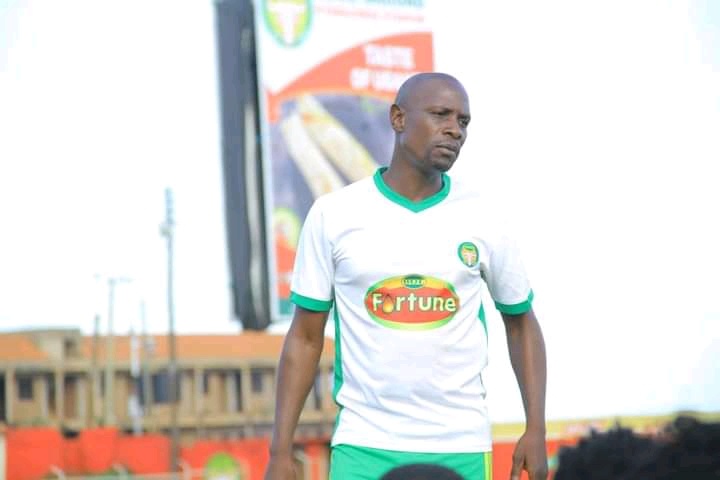 BUL FC coach Alex Isabirye has reverted his earlier ambition of pushing for the league title and he is more concerned about developing his young squad.

Richard Ayiko scored an unlikely equaliser to snatch a point off rivals Gadaffi FC following their 1-1 draw in the Jinja derby on Sunday, as BUL climbed into second on the table.

Isabirye’s after five points behind the leaders KCCA FC after four wins and two draws from their previous five games, and could close the gap to one point if they can get a victory over them.

But Isabirye has tried to manage expectations amidst the promising start to the season, as they plan to continue taking it match by match in a bid to maximise the potential of his current squad.

“Our thoughts are only on developing these young boys to turn into a strong team and so far, I can see the character and mentality in them.”

“We are rubbing shoulders with the top teams that can only give them more confidence to continue working harder as we try to realize our dream of having a competitive team in a few years to come,” he added.

Isabirye will have a chance to test the true level of his current squad when they visit KCCA at the MTN Omondi Stadium on Wednesday.

BUL have managed to collect results over KCCA recently, but their visits to Lugogo have been less fruitful losing all their previous four visits there since winning 1-0 in March 2016.

However, victories over SC Villa and Onduparaka and the resilience shown in their 2-2 draw against URA FC (coming from two goals down) in their previous three away games gives them a bit of confidence.