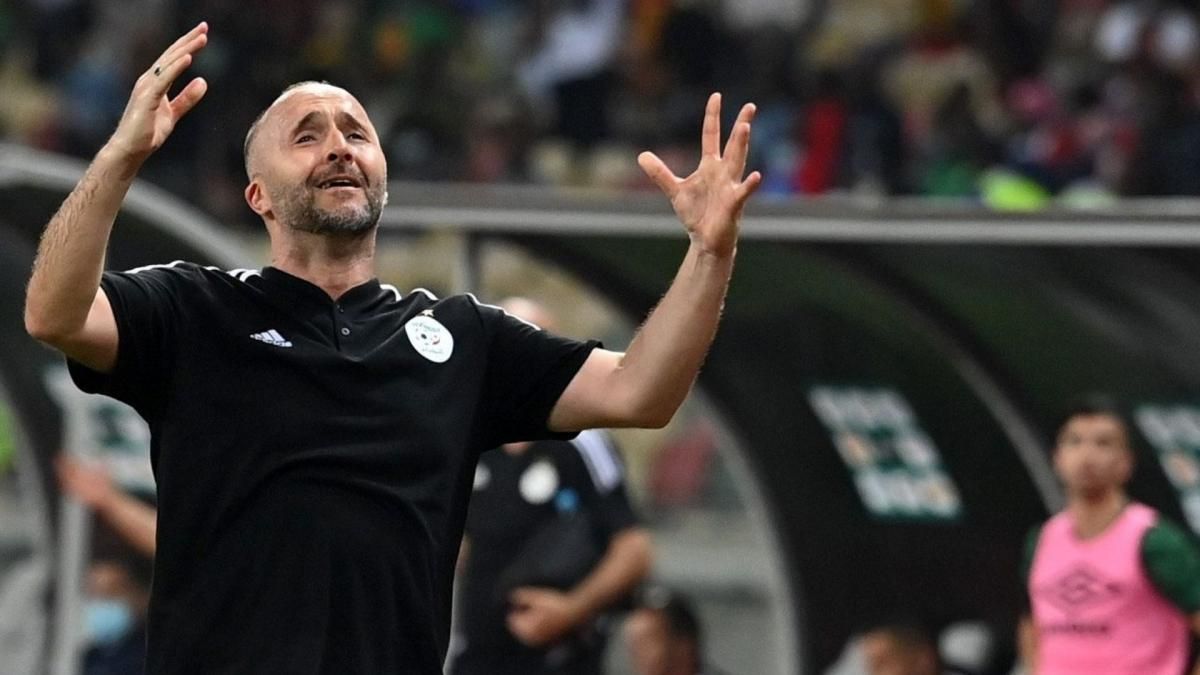 Algeria’s defeat to Equatorial Guinea in their second Group E game at the 2021 Africa Cup of Nations (AFCON) was ‘not expected’ after they ‘created several chances’ according to coach Djamel Belmadi.

The Desert Foxes have been underwhelming in their AFCON title defence, with the defeat to Equatorial Guinea coming after a disappointing draw with lowly Sierra Leone last week.

Esteban Fernandez scored the only goal of the game, and his first for the Nzalang Nacional, in the 700th minute, latching onto a flick-on from a corner to bundle in at the far post past Rais Mbolhi.

Belmadi, struggling to speak with disappointment post-match after seeing his side’s 35-game unbeaten run ended admitted that it was a huge disappointment to lose the game after all the effort from the players.

“It’s not the expected result and yet we did everything,” Belmadi who was in charge of his 45th game for Algeria said after the game, adding; “We got several chances but the ball did not go in.”

The frustration for Belmadi and the Algerians can be understood after they created loads of chances throughout the game but were undone by some impeccable goalkeeping by Owono Ngua.

Amir Selmane Rami Bensebaini blasted over the crossbar from a free-kick after 10 minutes, before Riyadh Mahrez failed to provide a finishing touch to Yousef Belaili cross.

Owono then did well to save from Belaili before blocking Baghdad Bounedjah’s close-range effort.

The Desert Foxes then had the ball in the back of the net, but Bounedjah’s rebound was cancelled following a VAR review showing that Mahrez had strayed offside before meeting Belaili’s cross.

At the start of the second half, Equatorial Guinea split the Algerian defence, but Mbohli reacted quickly to stop Luis Asue. However, he could do little to stop Fernandez with 20 minutes to play

Algeria had the ball in the back of the net again but Yacine Brahimi’s goal was ruled out for offside.

The defeat leaves Algeria staring dangerously at the possibility of a group stage exit for the third time since 2013.

However, Belmadi believes that his team can bounce back from their slow start in their final group game against Ivory Coast, and urged them to fight on.

“Regarding the opponent, Equatorial Guinea, they defended with a lot of desire, determination and we could not find the fault, it is a situation of failure,” Belmadi said.

“It will be against a great team from Côte d’Ivoire which is made up of players playing in the biggest leagues.”

“We are in a situation of failure; it is a lean moment. Football is not always about rational reasons but let us be sure, we will fight to stay in this competition,” he continued.

Algeria plays Ivory Coast in their final group game. While a position among the top two could be a bit harder to achieve, they can still reach the round of 16 among the four best third-placed teams, but only victory in their final game can guarantee that.