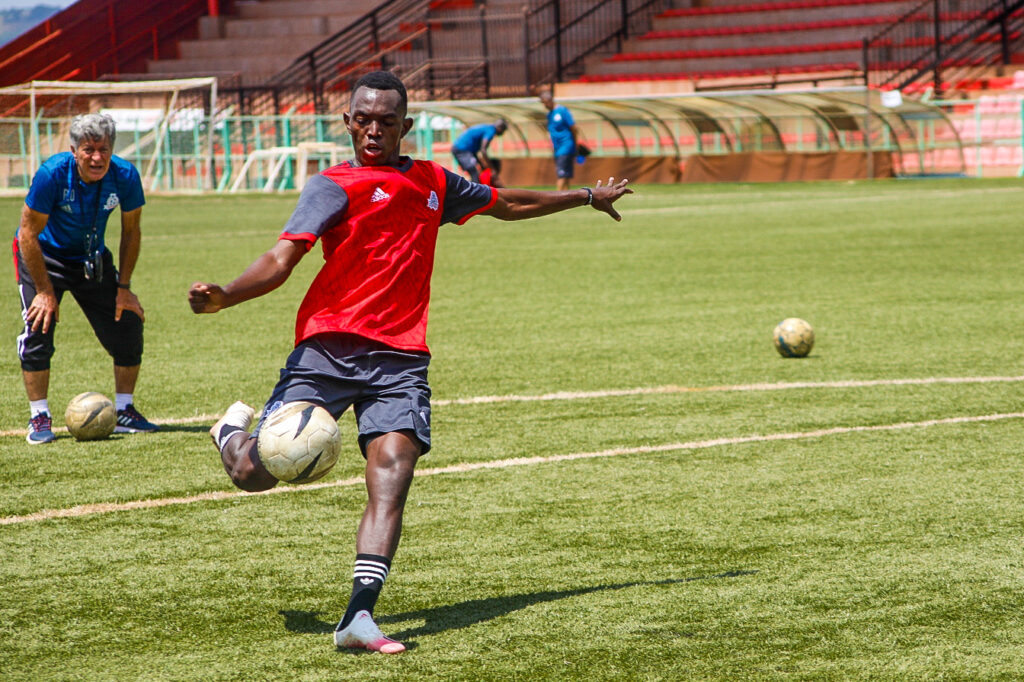 Bright Anukani has revealed that he cannot wait to experience life as a Vipers SC player, and begin what he feels will be a quite successful journey, insisting that joining the club ‘is an incredible opportunity’.

Anukani was a deadline day addition by the Venoms from Proline FC on an undisclosed fee, joining the club on a three-year contract, with the option to extend for a further year.

The 21-year-old was unveiled as a Venom on Friday, after having his first training session with the first team.

Speaking to the club’s media after training, Anukani said; “I am delighted to have signed for this great club.”

“I have thoroughly enjoyed my time at Proline FC and would like to thank everyone at the club, and the fans, for their fantastic support over the past seasons.”

“However, when Vipers SC come knocking on your door, it is an incredible opportunity,” he added.

The attacking midfielder spent the previous season on loan with KCCA FC, and while there was an option of making the loan deal permanent, KCCA did not fancy signing him for the long term.

Anukani played 18 times and scored four goals in the league, but fell out of favour with coach Morley Byekwaso as his final months at Lugogo were shrouded in criticism over his attitude and mentality.

But the midfielder believes that he can become a mainstay under new Vipers coach Roberto Oliveira who he says has clear ambitions for him and the club.

“From my conversations with the head coach on day one in training, I am excited about the vision and plans he has for the team,” Anukani said.

“It is clear to see that Robertinho is building a team to win. I am now looking forward to more pre-season training, friendlies and getting the 2021/22 season started,” he stressed.

The 21-year-old is already hugely experienced, having joined the Proline Academy at a young age and rising through the ranks to make his senior debut four years ago.

Anukani was in the Proline team that won the Uganda Cup and the FUFA Big League title (securing promotion to the Uganda Premier League) during the 2018/19 season, finishing as the Big-League MVP after topping the assist charts.

The following season, he helped Proline go within 90 minutes of becoming the second club to reach the group stages of the CAF Confederations Cup before they fell to Libya’s Al Nasr.

Anukani finished as the joint top scorer at the 2019 CECAFA Cup as Uganda won their 14th regional title in December 2019.

He has made 12 appearances for the Uganda Cranes, making his debut in the COSAFA 2019 plate semi-final against South Africa and featuring in all three games for the Cranes at the 2020 African Nations Championship.