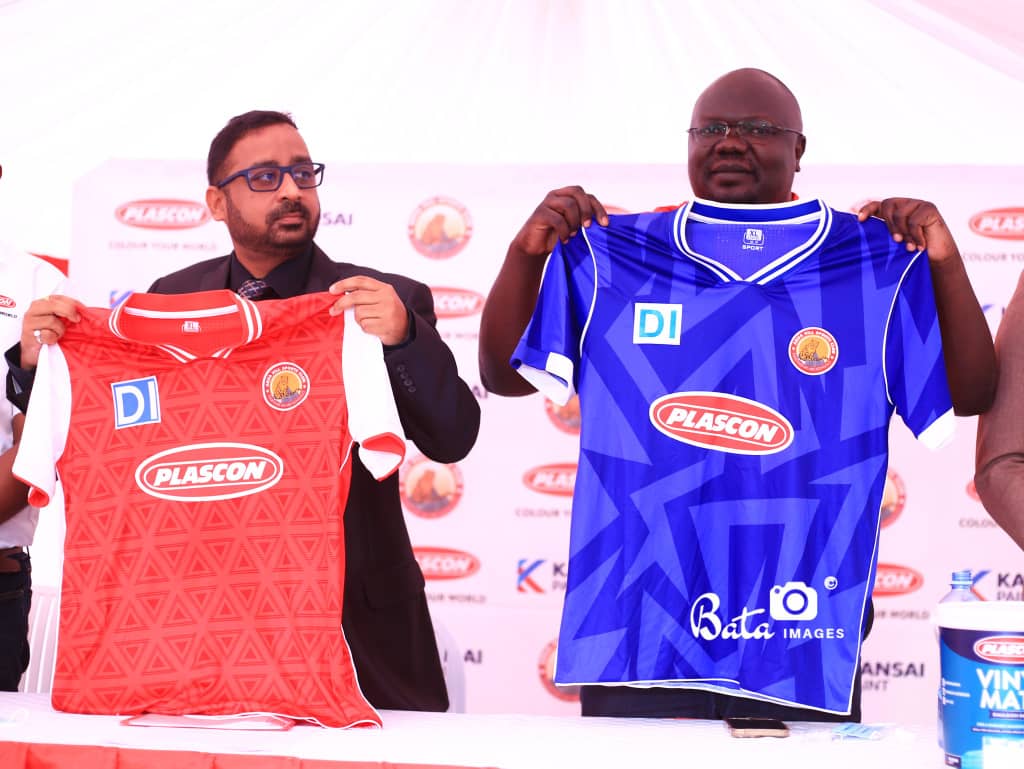 The Kongolo, who are in their debut top-flight season, unveiled top paint manufacturing company Kansai Plascon as their first-ever shirt sponsor on a three-year deal worth UGX 1.5 billion (UGX 500 million per season) on Saturday.

During the unveiling of the deal at L’Hotel Le Confidentiel in Arua, Santosh Gumte, the Kansai Plascon Managing Director, said that this is part of the company’s strategic approach to be more actively involved in sports development.

“Besides sports providing the brand with a platform to actively engage with its customers at their passion points, we know the social impact sport plays in the community,”

” Sport offers a safety net for many youths that would have otherwise ended up in all manner of illicit activities. So, this can be interpreted as our corporate social investment in the community,” Santosh noted.

Arul Hill boss Joel Aita said that the club was grateful that Kansai Plascon has acknowledged the work they are doing and decided to come on board to push them further.

“While we celebrate this milestone, we are aware that with it comes the responsibility not only to live up to our current standards but to better them, which should translate into points earned on the pitch and ultimately trophies,” noted Aita.

The West Nile side that earned promotion to top-flight unbeaten in the 2020/21 StarTimes FUFA Big League season has been bankrolled by Development Infrastructure, which is the broad entity under which the Arua Hill Sports Club falls.

Kansai Plascon has become one of the top companies supporting Ugandan football. Away from this mega sponsorship to the Kongolo, Kansai Plascon are partners of the Stanbic Uganda Cup after unveiling a two-year sponsorship deal last year worth Shs132m, which led to a record increment in the tournament’s prize money.

Livingstone Mbabazi’s Arua Hill sits sixth currently on the UPL log with 25 points from 15 games. They start the second round at home against rejuvenated Police FC at the Barifa stadium in Arua City.

Police started poorly but have since picked up, finishing the opening round 10th with 16 points after 15 games.

Abdullah Mubiru’s side that lost striker Brian Mayanja Muluuli has added new faces to their side including forwards Marvin Oshaba from Tooro United and free agent Frank Kalanda formerly at Express FC.

The other signings include midfielder Lincoln Mukisa who last featured for SC villa locally, Bernard Kateregga and John Kitenda from Buwambo United and Najja FC respectively.

The two sides played to a barren draw in the reverse fixture at the MTN Omondi stadium, Lugogo. The game is live on Sanyuka TV at 4 PM local time.