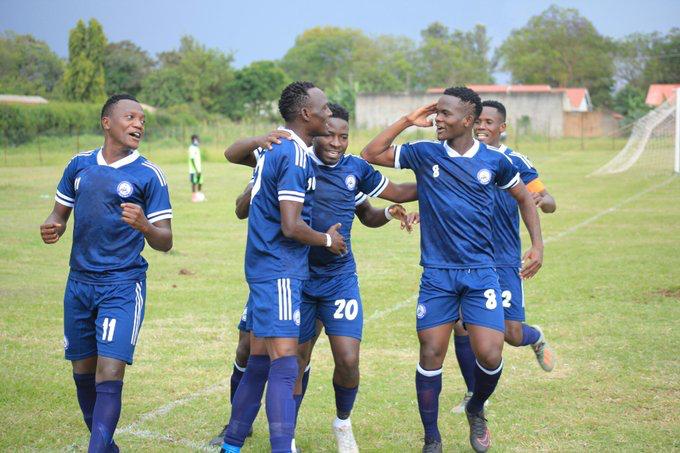 The result enabled the Cops to climb from 11th to 3rd position in the two games played so far.

Police’s opening goal came in the first minute through lethal forward Ben Ochen. Eric Senjobe registered the second for the Cops in the 25th minute. In the 39th minute, Nsimbe Ibra pulled one back for the hosts, but his effort was watered down by Ochen who scored the third for Abdallah Mubiru’s side in the 68th minute to put the game out of reach.

Mubiru left elated by the performance.

“We thank God the most gracious and most merciful for the win. I thank my players for the show they have put up, it was a good win and indeed sweet for us to celebrate,” he said.

For MYDA FC, it was a rude welcome into this stage and head coach Musafiri Abdu Samadu says the simple mistakes made by the players cost them.

“It’s our first game, the goals we conceded were just simple mistakes. In the league you win today, and you lose tomorrow. But I believe we shall make it,” Samadu said.

MYDA FC is at home to Onduparaka FC on Friday while Police travel away to Kitara on Saturday.