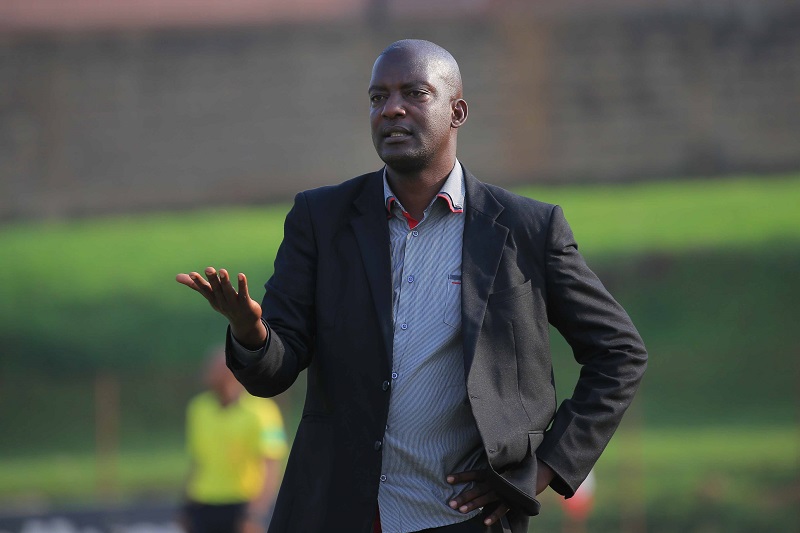 Wasswa Bbosa is understandably at an increased risk of losing his job as Express FC head coach, according to sources from the club.

Bbosa whose position has come under fire in recent weeks watched on in disbelief as his side played to a dire 2-2 draw to bottom side Tooro United at the Betway Muteesa II Stadium on Saturday.

The champions were 2-1 down at home with 20 minutes to go, before George Ssenkaaba rescued a point in the 81st minute, although they had a would-be winning goal wrongly ruled out for offside late on.

The Red Eagles have made a real mess of their title defence, winning only four of their nine home games so far this season, and are already 10 points behind league leaders Vipers.

And now, sources from within the club claim that the club is considering axing Bbosa, and that he could get the boot before Express’ next game against Busoga.

The players were given a day off on Sunday and arrived for normal training on Monday, but were informed that there would be no training as they underwent a small warm up session before they were dismissed.

Meanwhile, Bbosa was seen to be in a small meeting with members of is technical staff including assistant coach James Odoch.

There has been an apparent rift between Bbosa and his superiors at the club, with the coach openly expressing animosity and anger towards the club’s Chief Executive Isaac Mwesigwa.

In Express’ opening game of the season which they lost 2-0 to Arua Hill, Bbosa openly accused Mwesigwa of working to sabotage and frustrate him, saying that he ‘paid people to make sure that Express lose games’.

It is a statement that also saw him receive disciplinary sanction, with the coach receiving a three-game suspension to go with a fine of UGX two million.

Bbosa’s comments alienated Mwesigwa who has rarely been seen at Express games while he has also played a reserved role in several matters relating to the first team.

The fall outs have not stopped with Mwesigwa alone, reports claim that Bbosa also fell out with goalkeeping coach Daniel Kiwanuka as well other some other members of his backroom staff.

The former Express midfielder was given a new contract at the start of the season after guiding them to the league title – the first for the club since 2012 and success at the CECAFA Kagame Cup for the first time in their history.

However, that contract runs only until July 2022. James Odoch – Bbosa’s current assistant is expected to take interim charge of the club should the decision be taken.