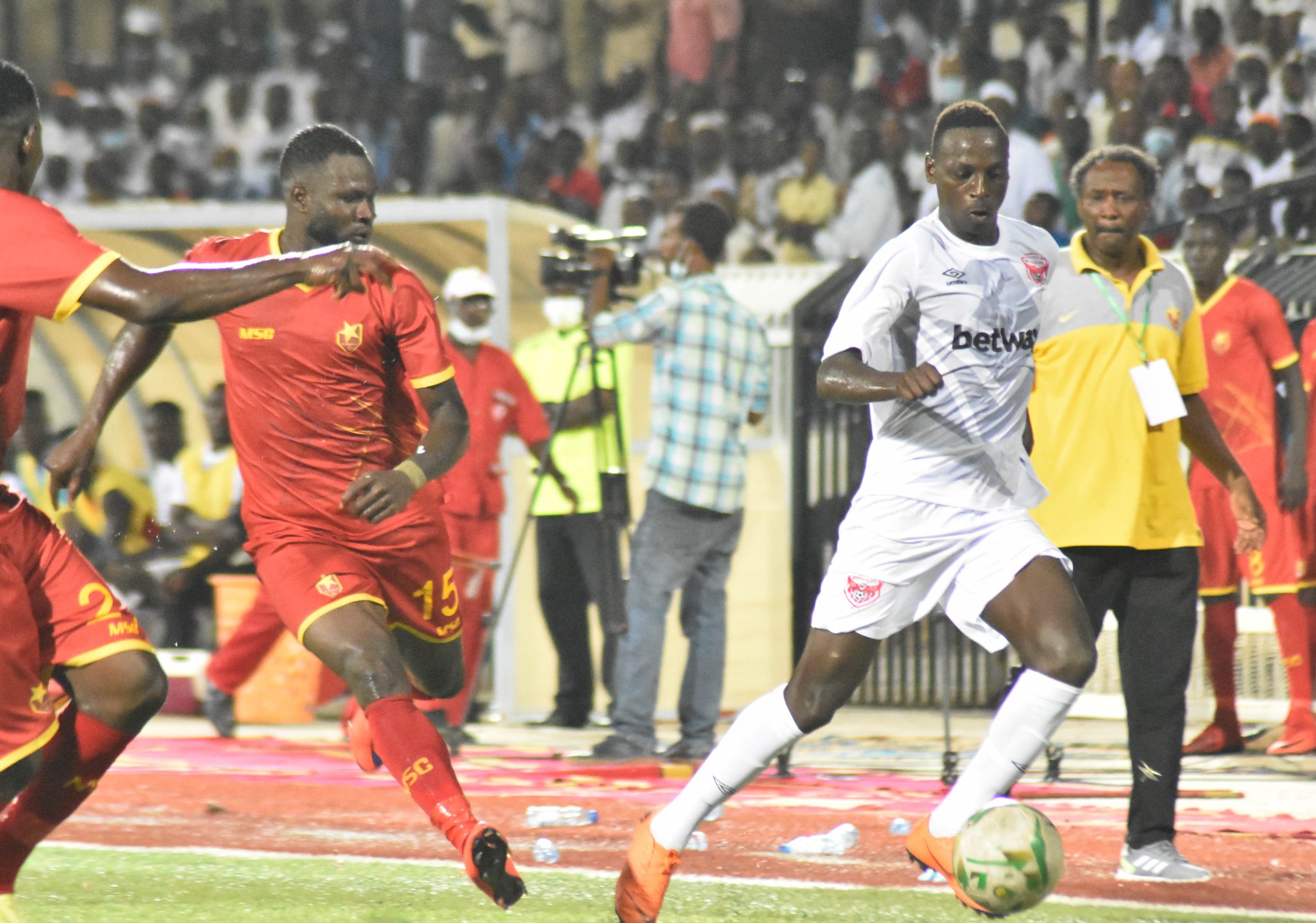 The Uganda Premier League champions who were playing in the Champions League for the first time in 24 years, were knocked out at the first round qualifying round on away goals.

Express held the advantage going into the return leg that was played at the Shikan Castle Stadium in Al Obeid city, and did well to hold on for much of the game before eventually coming up short following a 1-0 defeat in Sudan.

Ahmed amid Al Tash scored the only goal of the game on Sunday evening in the 74th minute, to see his side through to the next round after a 2-2 aggregate from both legs.

Speaking after the game, Bbosa expressed his grouse against the disorganisation that gripped the game before kick-off and the unfair officiating his side faced.

“We have lost the game by a single goal, and that means that our campaign sadly stops here,” Bbosa told media.

“Honestly, I cannot fault any of my players for not giving their best performance, because we have played against a lot of handicaps with the disorganisation that was involved with the game.”

The game was moved (from Friday in Khartoum, to Sunday in Al Obeid), and then we were made to travel a long distance for the match.”

“But the officiation has not been anywhere fair to us and you could sense from the start that there was an agenda to make this as tough as it gets for us,” he added.

Express FC departed for the game on Tuesday evening and were in Sudan’s capital Khartoum by Wednesday morning.

After holding a recovery session on Wednesday in Khartoum, the Red Eagles were hit by a bombshell. AL Merriekh communicated to the team that the game had been pushed back from Friday to Sunday.

To add to the disappointment, they were told they had to travel to north of the country to Al Obeid City.

The distance from Khartoum to Obeid is a little over 410 kilometres by road and 368 kilometres by plane. Therefore, training on Wednesday was cancelled as the squad embarked on the journey up north.

After a day of travel and re-organisation, Bbosa was able to hold his first full training session with the squad on Thursday. The preparations continued through Friday and Saturday.

While Bbosa remained adamant, that the extra days gave them a chance to further acclimatise with the conditions in Sudan, the disappointment was there to see.

Broadcast stopped minutes into the game

Uganda’s Sanyuka TV were left with a red face, and having to offer apologies after broadcast of the game was stopped minutes after kickoff.

Khartoum TV had liaised with Sanyuka TV to provide live production of the game from the stadium, but their production crew was stopped from continuing production before they were escored out of the stadium by Police.

There were further attempts to get to the bottom Khartoum TV, but their attempts hit a dead end, as fans scathed the internet for any live production of the game.

There was a YouTube link that was later provided, but that was also stopped moments later because of broadcast rights issues.

What next for Express?

After their continental tour, the Red Eagles are expected to travel back to Uganda and will resume their search for an unprecedented treble.

After lifting the Uganda Premier League and the CECAFA Kagame Cup, Express still has to navigate a Uganda Cup semi-final against BUL Bidco FC on Thursday, with the start of the 2021/22 league season also around the corner.

“This (Champions League exit) does not dumpen our spirits, because we now quickly put the disappointment aside and focus on the Uganda Cup semi-final that is coming up and the start of the new league season,” Wasswa Bbosa said.

“This has been a worthy experience for us because most of our players were playing at such a level for the first time in their career, so we hope they can build on the experience gained here to challenge again in the league,” he added.

Quartet brings fresh enthusiasm and punch to U20 quest