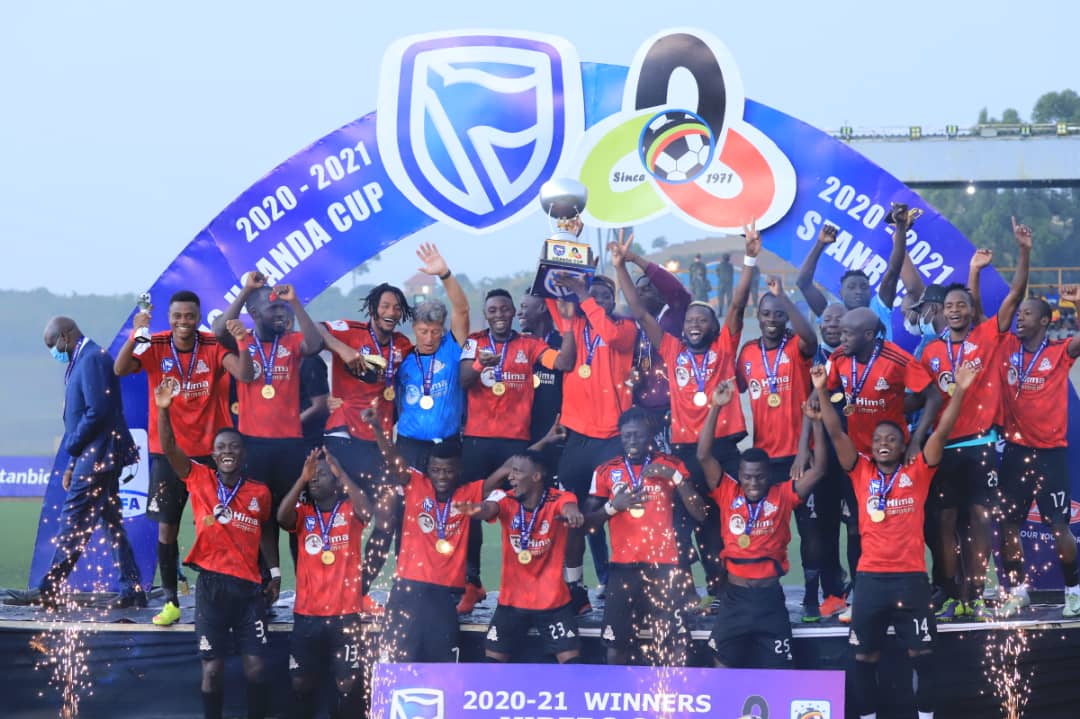 The Stanbic Uganda Cup will return for its 48th exposition in 2022, with teams from across the country’s football pyramid taking a shot at national glory and a place in the CAF Confederations Cup.

For this edition, the number of competing teams has gone up to 250 from 32 last season that was affected by the coronavirus.

Disruptions to the football calendar in the country in 2021 saw only clubs from the StarTimes Uganda Big League and StarTimes FUFA Big League take part.

However, as the country and football continue to emerge from the shadow of COVID-19, the third division, fourth, fifth and non-division clubs have already provided the magic of the Uganda Cup.

The real business in the Uganda Cup gets underway with the Round of 64 as the 27 teams from the Premier League and Big League have joined the 37 clubs that emerged from the earlier rounds.

According to the Round of 64 draws held at the FUFA house in Mengo on Monday afternoon, Premier League and Big League plus five clubs including Adjumani TC, Lugazi FC, Paidha Black Angels, Tepa FC and Admin FC were drawn as the away sides for their respective ties.

The draws also served exciting matchups like a local West Nile derby between Onduparaka FC and fourth division side Paidha United. Bushenyi based Six O’clock will want to cause an upset against top division neighbours Mbarara City.

Meanwhile, nine-time winners SC Villa play Gulu based club Super Eagles FC at the Round of 64. URA FC starts their chase for a fourth Uganda Cup trophy against Yumbe based Total FC.

The games will be played between January 18 and January 30 2021, with FUFA setting the minimum licensing requirement at having an all-green playing surface.

The matches will be played on a knockout basis, with the winner after 90 minutes progressing, while in case of a draw, the game will proceed to penalty kicks.

The Round of 64 leads to the money bracket with tournament sponsors Stanbic Bank and Kansai Plascon again pledging up to UGX 179M in prize money.

Teams that will reach the Round of 32 will walk away with UGX 2M. The Round of 16 will fetch clubs 3M.

The quarter-finalists will be rewarded with UGX 6M with the losing semi-finalists receiving UGX 12M each. The runners up will walk away with UGX 25M while the grand prize is capped at UX 50M.

How you can Date a great Asian Girl

MUBS get campaign underway with victory over Kisubi