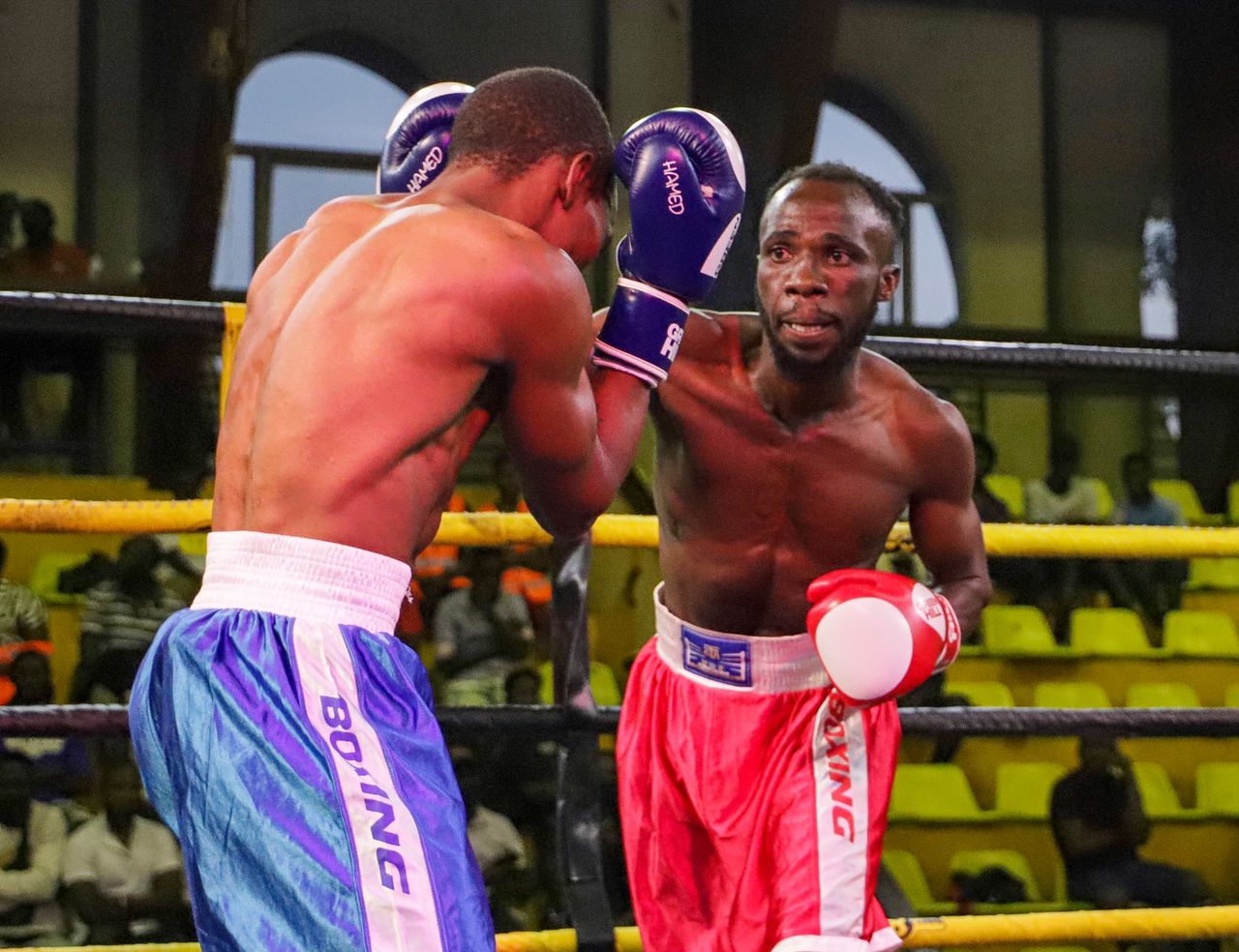 Hardened by the difficult circumstances of the loss of his mother minutes to his third Uganda Boxing Federation Champions League fight, Benjamin Mukisa managed to fight and convincingly prevailed over James Kukuru.

Mukisa was victorious by unanimous 5-0 decision in the five-round minimum weight bout on Saturday at the Lugogo Arena as action from the Uganda Boxing Champions League returned after a fortnight.

It was an emotional evening for the Sparks boxing club fighter who had won and lost in the opening two bouts.

“As I was warming up inside the dressing room ahead of my ring walk, I was told of my mother’s death,” he emotionally told Sanyuka TV after the fight.

“It was really emotional and hard to take. Since I had fans that had come to watch my fight and I was the next fighter, I gathered myself with tears flowing inside my heart and entered the ring.”

“I prayed to God that this should be a win for me as a dedication to my fallen mum and thank God my prayers were answered,” Mukisa added.

Mukisa’s mum was laid to rest on Sunday in Bukomansimbi-Masaka and the boxing fraternity at the Lugogo Arena on the fight night collected modest condolences to help him with funeral arrangements.

Mukisa has six points in second place on the minimum weight table, three points shy of leading Joseph Kalema after three fights. Gilbert Lumbuye and James Kakuru with one and zero points come third and fourth.

Many boxers have come out to hail Mukisa’s personality, saying that what he did was heroic. According to UPDF boxer Sgt. Abdu Sebutte, the East and Central Africa bantam weight champion, Mukisa needs to win the fair play award.

“It is not easy to fight in such circumstances. Losing a parent is one thing that is not easy to take. That move was heroic and deserves special recognition,” noted Sebutte, who is set to defend his title next month on April 8 at Bombo barracks against Tanzania’s Juma Mwalugo.

For Musa Ntege, the East and central Cruiser weight champion, it was comforting for Mukisa to win after showing how focused he was in regard to his boxing career.

“As a fighter, boxing is like war and when you start the journey, you only rest after going through the enemy’s territory. I would do the same and even disfigure my opponent as a dedication to the late mum,” noted Ntege, who is part of the Uganda boxing federation president Moses Muhangi security detail.

Ntege will also defend his title on the same date like Sebutte as he takes on Tanzania’s Imani Daudi Kawaya.

How Much Does a All mail Order Woman Cost?