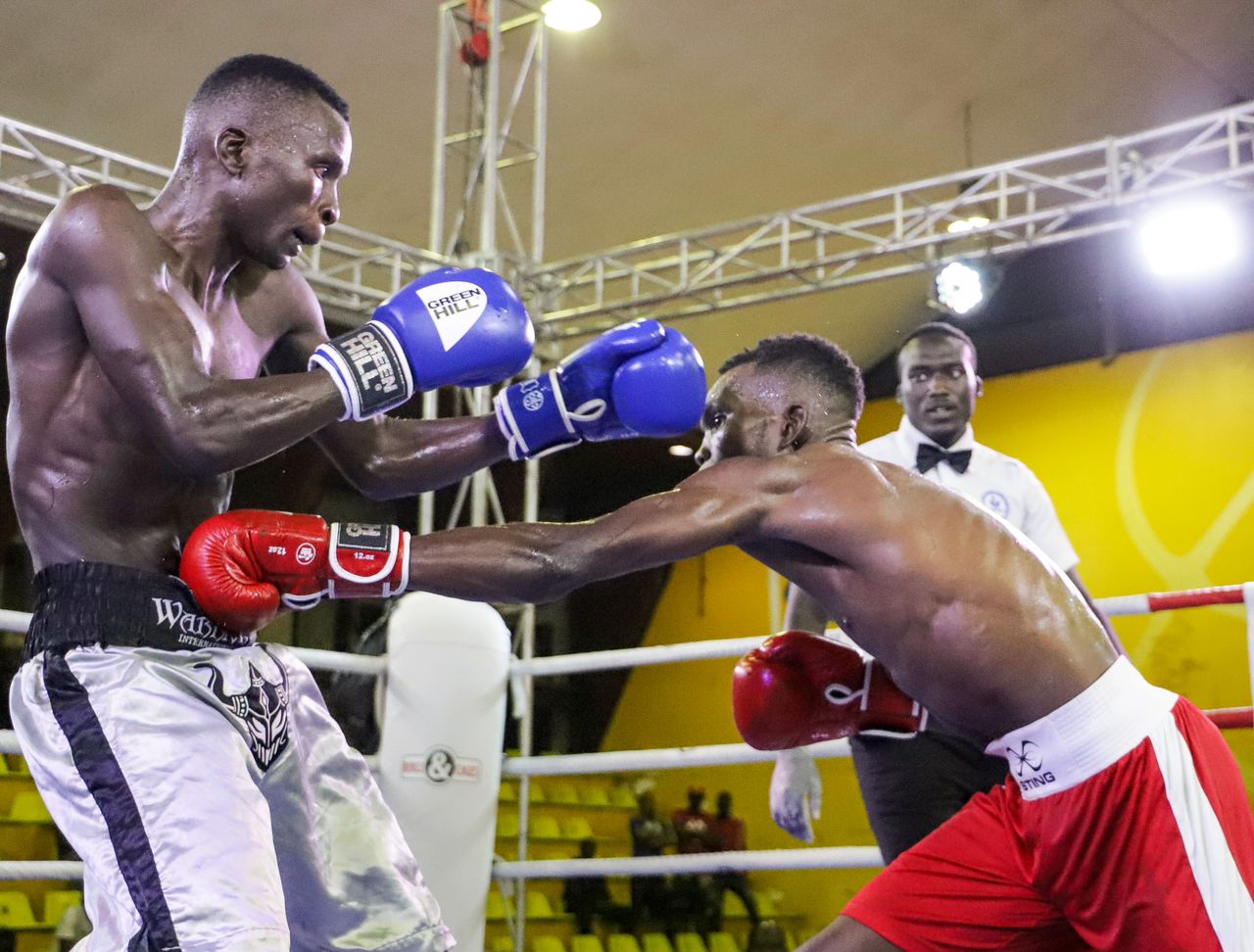 Joshua Tukamuhebwa knocked out his opponent in a third consecutive bout as he delivered a jaw-breaker to floor Pius Siriro as the Uganda Boxing Champions League returned with fight day nine.

Tukamuhebwa famed for his hard punches, had been earlier on sent to the canvas by Siriro, perhaps a wake-up call as he delivered a crushing right hook in the fourth round.

Infront of an elite crowd at the MTN Arena, Lugogo on Saturday, that had big wigs like Gogonyo MP Orone Derrick and socialites like Desire Muhooza and Prim Asiimwe among others, Tukamuhebwa came true to his pre-match promise.

Until the moment of the knockout, Siriro had put up a worthy challenge including briefly flooring his opponent, and also delivered several shots to the body leading up to that moment.

The Sparks Boxing Club pugilist had nailed his approach, avoiding Tukamuhebwa’s dangerous left arm by always stepping to the right before attacking.

As Tukamuhebwa starred down at the possibility of a first defeat of the season, he came up with a crucial improvisation, cleverly utilising an opening in Siriro’s defence to land the crucial punch.

“I told you I would do it, and no one can stop me,” Tukamuhebwa declared after the fight, adding; “He had me under a threat, and I had to prove that I am the best fighter.”

The bout was the main fight on the day, and produced the only knockout with six fights won by unanimous decisions.

Week 10 of the Uganda Boxing Champions League will return on 9th April 2022.