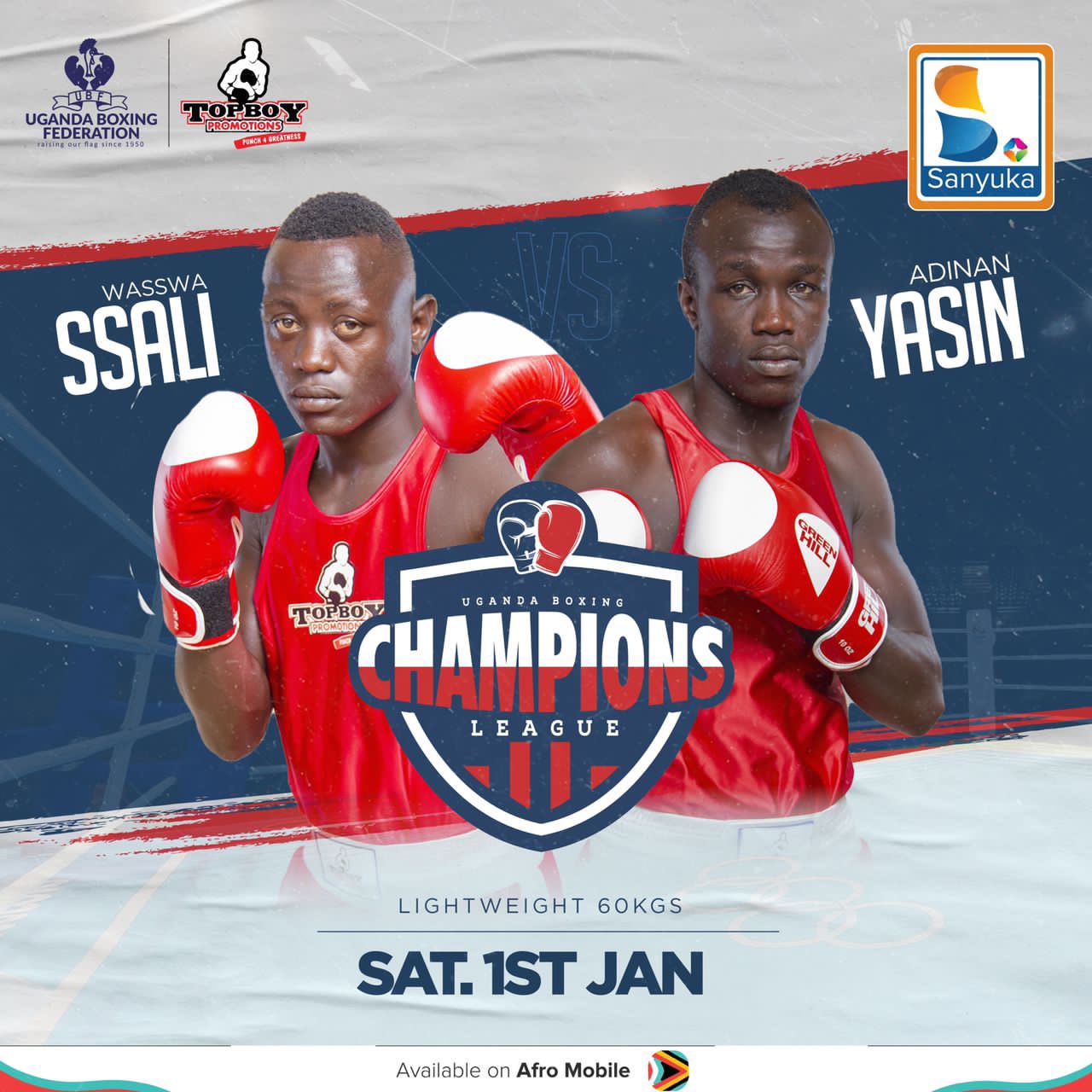 Week three of the Uganda Boxing Champions League (UBCL) serves up a cracker that will certainly shake foundation of the MTN Arena in Lugogo that will host extensive bouts once again.

The light weight division serves up a meeting between two thunderous punchers when 2019 National Open Boxing Championship Adnan Yasin takes on Wasswa Ssali in a bout that surely will see blows reverberate throughout the venue.

Plenty of respect between the two boxers, but Wasswa will have more to lose than gain against Yasin which will quench his thirst for victory after an episode of personal disaster for the fighter.

The national champion is among those whose livelihoods have been affected by COVID-19 after he was chased out of his apartment together with his family as he struggled financially.

A win tomorrow will surely speak loads about his character and the champion spirit that burns beneath his spirit.

In terms of achievements, Yasin is the more accomplished fighter with a profile that includes gold medals in the cadets bantam weight, novices junior and youth light weight.

He was also a silver medalist at the 2018 and 2019 national opens despite the latter achievement coming via the welter weight division.

Making it into the champions league gives him the platform to add another achievement to his growing list of conquests, but all that will be put to the test when he steps into the squared circle on Saturday.

Meanwhile, a year after his father’s brutal murder, Isaac Zebra Junior will seek to commemorate his old man’s legacy against Owino John in what will be both fighters’ first fight in the competition.

It will be an emotional filled afternoon for Zebra Jr, but he is steadily and pragmatically up for the challenge and declared “I might even finish Owino in the weigh in” as the trash talk kicked into high gear.

After some splendid boxing two weeks ago, Joshua Tukamuheebwa returns to the ring when he takes on Kimera Edward.

The two pugilists remain the only unbeaten fighters in light welter weight division. Tukamuheebwa thumped Mutyaba Collins into submission while Kimera easily got off the leash against Siriro Pius.

Swedish boxer Sandra Attermo will face Nakimuli Teddy in the only female bout lined up for the afternoon.

Ladies’ night out as Nali, Nakimuli renew rivalry in an elimination bout

Basic principles of an Worldwide Marriage