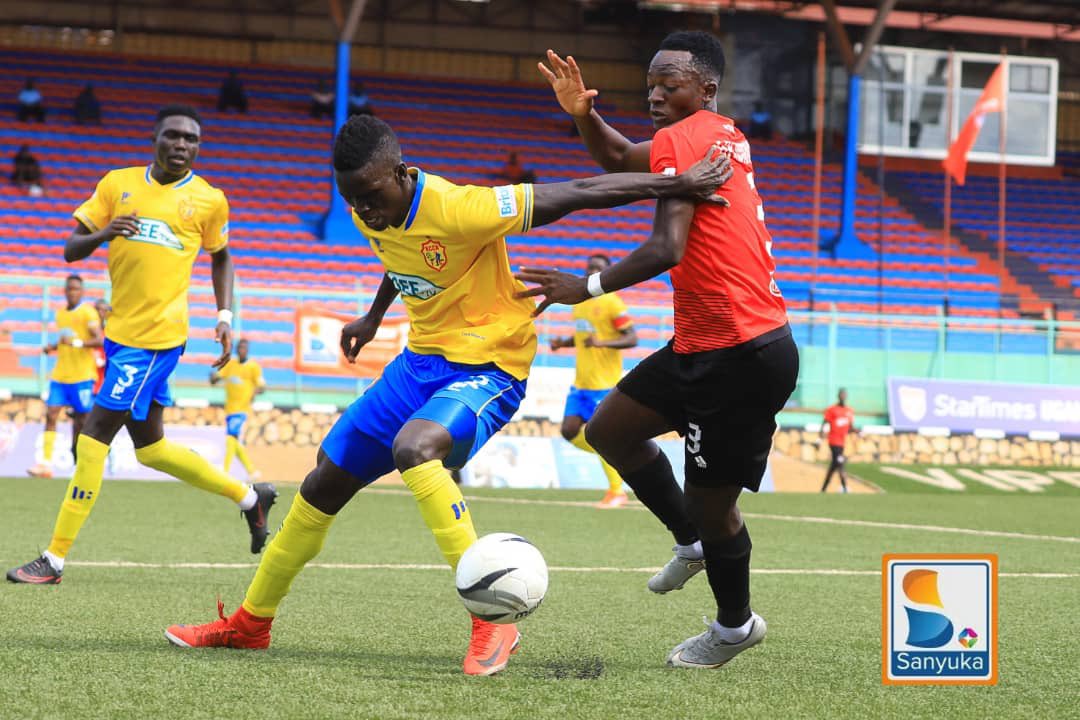 Vipers SC and KCCA FC served up a StarTimes Uganda Premier League classic at the St. Mary’s Stadium in Kitende, playing out to a 2-2 draw in an action-packed clash between the two title rivals.

League leaders KCCA were hoping that they can end their 10-year winless run at Kitende, while the Venoms wanted to end their rivals’ unbeaten start to the season and also close up the gap on them at the top of the table.

On an evening where momentum shifted from end to end between the two, Vipers had to twice come from a goal down, and settle for a deserved point in the end.

It was relentless from the first whistle, Vipers knocking at their visitors’ door within the first minute, but went a goal down in the fifth minute as Sadat Anaku arrowed his shot beyond Fabien Mutombora after leaving Vipers defenders in his wake.

The hosts were back level in the 27th minute from a well-executed counterattack. Paul Willa robbed possession setting up Bobosi Byaruhanga, who fed the ball into Caesar Manzoki.

The forward did well to beat Innocent Wafula on the turn at the centre line and then played through Milton Kariisa, who cleverly cut his pass back to Manzoki to complete the move.

Both sides continued exchange phases of dominance on the ball as they went into the break still level.

The coaches tried to shake up the shape of their teams. Roberto Oliveira brought off Allan Kayiwa and Disan Galiwango for Abdul-Karim Watambala and Abdul-Aziz Kayondo.

Mugerwa’s substitution looked to have been inspired when he was the beneficiary of good play down the left flank from Wafula to apply a clinical finish with a fierce volley from outside the area.

KCCA looked destined for their first victory at Kitende until Byaruhanga – who was named player of the year less than 24 hours ago – stepped up with a blinding strike from 30 yards with four minutes to play.

Byaruhanga controlled Musa Ramathan’s headed clearance and unleashed a ferocious strike that bounced off the crossbar and inches over the line.

In the end, a draw was a fitting result between two sensational clubs that have dominated the league in recent seasons and are primed to battle it out for the title over the course of the season.

KCCA stay at the top on 23 points, six points ahead of Vipers in second, but have played a game less.