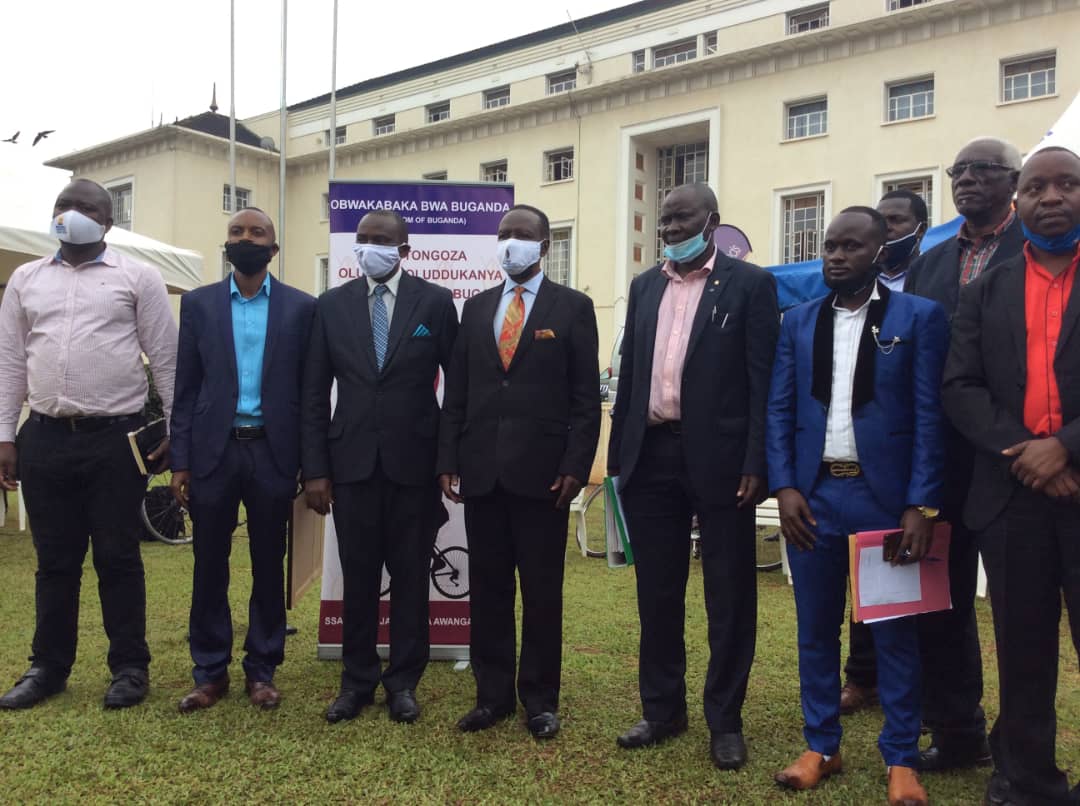 On the 11th of November 2020, the Buganda Kingdom through the ministry of youth, sports, and recreation unveiled the committee that will be charged with managing the affairs of the sport of Cycling in the Kingdom in an event held at the Bulange gardens.

Owek. Henry Ssekabembe Kiberu the Minister for youth sports and recreation thanked the outgoing committee and confirmed to Owek. the speaker of the Lukiiko of Buganda Patrick Luwaga Mugumbule who was the chief guest representing the Katikiro of Buganda that he has trust in the new committee.

“I thank the outgoing executive for the job well done and I commend you for that. I have confidence in the new committee because they have whatever it takes to put this sport to the next level. The chairman Mathias Lukwago is more experienced and he has contacts all over the world.

Ow’ekitibwa Speaker I myself shall travel with this Mathias to Rwanda to exploit more about how they do it there and we have already made the arrangement,” Ssekabembe further said.

Mathias Lukwago the member of the Agro Mapei Cycling Club and former president of Uganda Cycling Federation was appointed the head of the new committee and he expressed his immediate intentions just after his confirmation.

“It’s a great honor for me and my committee to be given this responsibility.

We are committed to serving this Kingdom and the sport in general. We are going to organize races on Masaza levels, Tour races in addition to the ones that commemorate the Kingdom’s major celebrations like Kabaka’s coronation races and Kabaka’s birthday races among others,” Mathias said.

Owek. Patrick Luwaga Mugumbule the speaker of the Lukiiko appreciated the Buganda sports minister for his efforts towards lifting sports in the Kingdom.

“This is a great day in the history of Buganda and I thank Owek. the Minister for your work in this office. You have put sports on top and the Kingdom is grateful. To the new executive, let us work with the Buganda Kingdom at our back, am sure things will move.”

The outgoing leadership was headed by Hajji Bruhan Ssekibenga a former president of the Uganda Cycling Association and the founder of Speed Ways Cycling Club and he handed over the office he had held for over a decade.

How must Mail Buy Brides Do the job?

Cons of Mail Order Brides to be