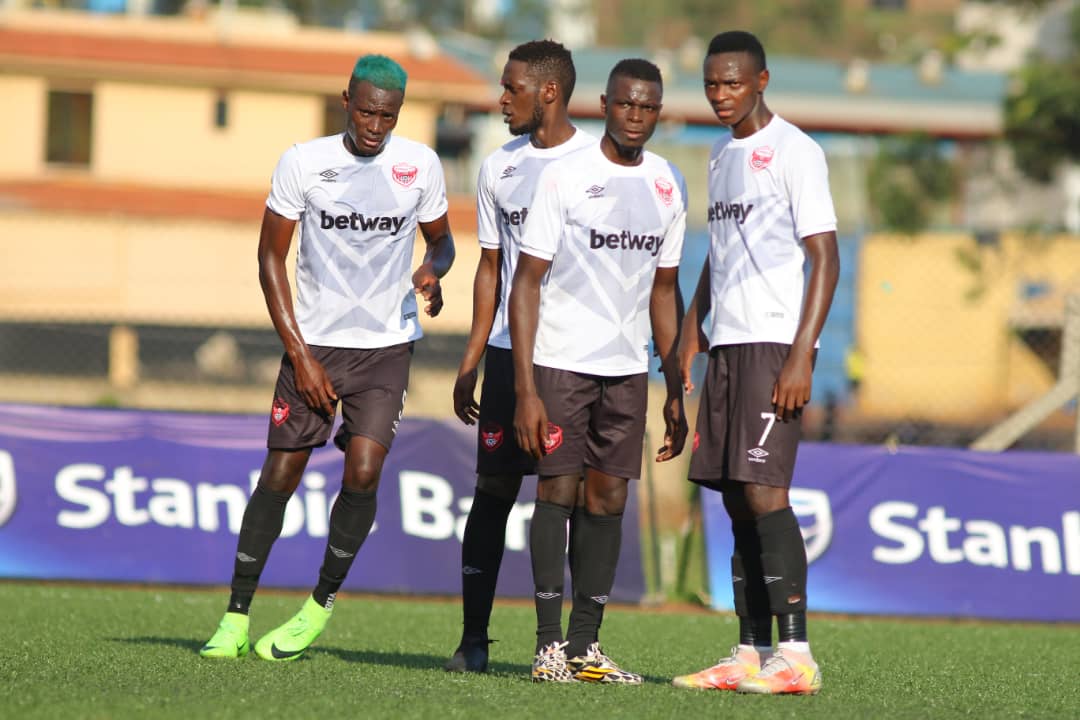 BUL Bidco FC produced a hugely impressive display in both halves at the FUFA Technical Centre to reach the final of the Uganda Cup for the first time in their history.

BUL carried the underdog’s tie heading into the semi-final on Thursday evening and had to sweat it all out as they shocked the Uganda Premier League champions and end their chase of an unprecedented treble.

Owen Mukisa’s solo goal after 25 minutes ensured that the club celebrated perhaps their best day in history and match into their first-ever major final, albeit in front of empty stands at Njeru.

BUL coach Alex Isabirye had implored ‘we have to fight out of this’ as he struggled to answer questions on how he can assemble a team that can challenge the league and CECAFA champions after having many players exits from the club with only licensed players from last season eligible to play.

But the 13 players he managed to assemble – much from the youth team – held each other’s backs to produce the biggest upset in the recent past.

Whether Express may be allowed a bit of complacence to crop in, or they were not physically up to shape especially after they had to spend hours held at the airport after they returned from their continental game against Al Merriekh on Monday, remains only a subject of debate.

The odds were unfairly stacked up against BUL, and that set up the team to contain and control, knowing when to sit and when to play.

Express’ disorganisation at the start of the game that also saw them don an unfamiliar jersey, handed the button to BUL who firmly held onto it to control the opening 30 minutes and take the lead for that matter. Mukisa curling his shot beyond Denis Otim after a clumsy clearance from Issa Lumu.

Express managed to grow into the game, but Isabirye’s team seemed happy to settle into a compact shape and step out only when it was right to do so.

Having had their best performances at Express by playing on the counter, it made a fiddly game for Bbosa’s side whose only chance at goal came via Muzamir Mutyaba’s free-kick from outside the box.

The game became intense in the second half as Express took the game to BUL after the break. Martin Kizza started getting on the ball, while substitutes Denis Mubuya and Ivan Mayanja seemed to have given the Red Eagles an extra edge.

George Ssenkaaba thought he had equalised after heading Mayanja’s cross into the bottom corner, but the celebrations were cut short by the assistant referee’s flag for offside.

Mayanja had a shot saved by Sanoni Mulabi before Ssenkaaba’s header bounced off the crossbar to further compel a disappointing evening for Express, who have now failed to make it to the Uganda Cup final in 14 years since 2007.

BUL FC are real contenders now, and with them again carrying the underdog tag for the final against Vipers gives them the platform to perhaps pull off another shock in the restarted competition.

The two sides will meet in the final at the FUFA Technical Centre in Njeru on Sunday, September 26.