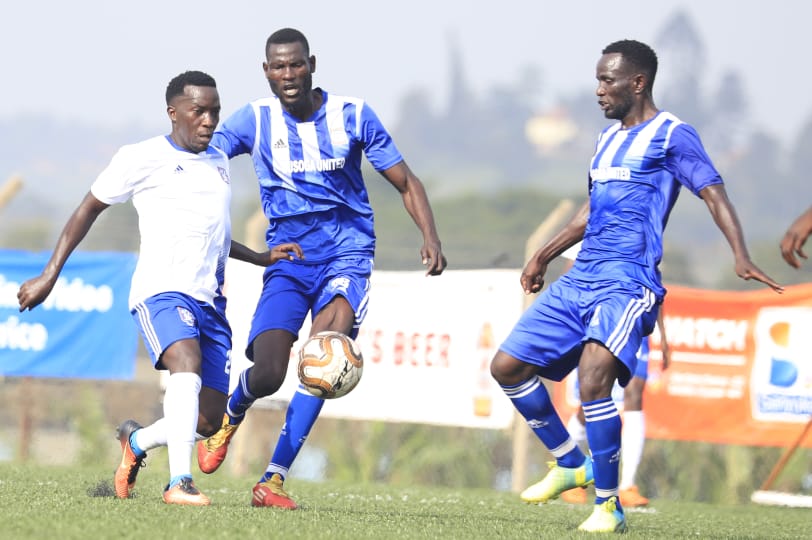 Busoga United continue with a winless stretch even after matchday 9 of the 2020/21 StarTimes Uganda Premier League. Busoga United drew 1-all with SC Villa in a live television match at Njeru Technical Centre.

The hosts who looked as underdogs going into the match, showed resilience and the heart of no surrender and absorbed pressure from the Jogoos.

Despite the Jogoos piling pressure in the opening minutes, it’s the hosts who went on target first thanks to Douglas Muwanga’s header in the 11th minutes that went past SC Villa’s goalkeeper Muhamed Kibirige.

Their lead was lead was short-lived with SC Villa leveling matters five minutes later through Isaac Ogwang’s powerful shot to end his goal drought that lasted since his brace in December 2020 and hence stretched his tally to three goals this season.

SC Villa pushed for the winner before the break but Busoga United remained solid in defense.

SC Villa, as expected, had much of the ball, but the team lost clear decision in the final third.

With a stalemate, SC Villa are fourth on the log with 15 points while Busoga United still stand in the 14th position with 5 points.

In the other matches played, Express FC humiliated MYDA FC in a five-goal thriller with 4-1 win to move second on the log, KCCA FC drew 1-all with Wakiso Giants, Kyetume FC shared spoils with Bright Stars in a 2-all draw while Vipers SC consolidated their table leadership by beating BUL FC 1-0.