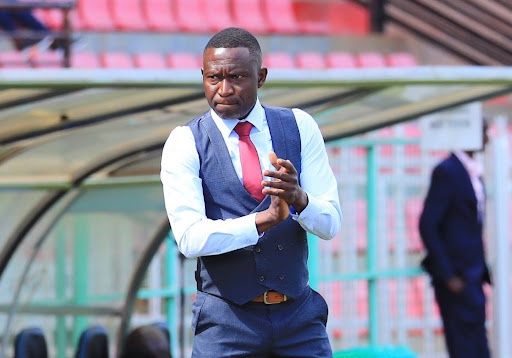 Morley Byekwaso believes the character, belief and hunger to succeed within his KCCA FC squad has been the driving factor for the club’s unbeaten run even when they have fallen on tough times this season.

KCCA are second on the StarTimes Uganda Premier League table despite being the only unbeaten club, but could regain top spot if they can collect maximum points against Mbarara City on Wednesday.

Byekwaso has seen his side struggle and grind out three draws in their last four games, and they also had to come from a goal down to win against Police FC at the start of December.

That period coincided with the Kasasiro Boys receiving a four player suspension while they also suffered injuries to key players, but Byekwaso hailed the cast who stepped in an accomplished the job.

“We are a different group now. There is a different level of hunger to succeed within the group and every player who is given a chance proves that they need to be played more regularly,” Byekwaso told media on Tuesday.

“The team has had a good week of preparations and we have seen a lot of positives from them. I trust and believe that the players available will step up to the task as they have always done.”

“You can see the fire in their eyes to be a successful group and that is what you want to work with as a coach,” he added.

KCCA will host the Ankole Lions at the MTN Omondi Stadium in Lugogo aware that victory will see them retake title rivals Vipers for top spot.

The club still feel hard done by after their previous game against Onduparka was abandoned late on following fans trouble in the game where the team bus was also vandalised.

That feeling of injustice was fuelled by the decision from FUFA to order a replay of the game contrary to the set rules.

But yekwaso whose side have won only twice in 10 meetings against Mbarara City implored his players to put their disappointment aside and focus on reclaiming top spot.

“We have met eight times against Mbarara. We have collected only two victories and they have beaten us before which makes the game a tough one because they believe in the record, they hold against us,” he said.

“But every game I believe presents its own challenge, and we expect them to come here and push us all the way.”

“There are no easy games, but playing at home you feel gives you the advantage over every opponent.”

“We have a couple of injuries still affecting us, but I trust the group of players that I have, and we have shown that resilience time and again when we have faced similar situations,” Byekwaso stated.

KCCA welcome back Dennis Iguma to the squad after he returned from leave to attend to a family issue. Yasser Mugerwa is also available for selection after returning to training from a muscle injury.

Julius Poloto and Dominic Ayella commenced light training this week but they are expected next week.