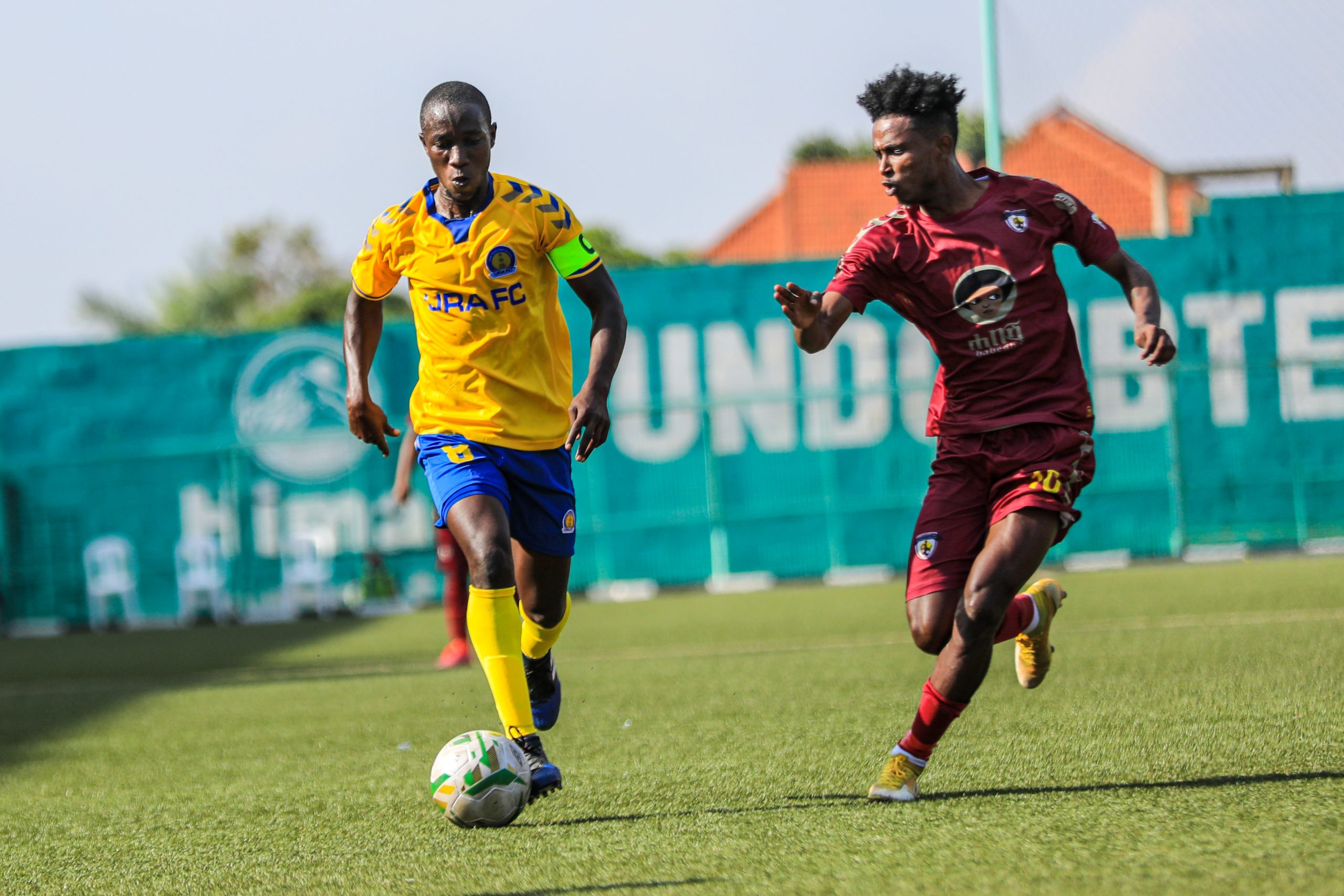 Sam Timbe felt that URA FC were not as determined in their CAF Confederation Cup preliminary round first leg qualifier against Ethiopia Coffee, and said they would have had a bigger offer if they had pressed more.

And now the URA FC head coach wants the players to stick together and be hungrier as they try to defend their aggregate lead in the second leg at the Bahir Dar Stadium on Sunday.

Steven Mukwala gave the Tax Collectors a two-goal cushion with a brace in the opening 45 minutes at Kitende, as URA looked to on course of picking up a huge first leg advantage.

But William Tesfay’s brilliant solo goal gave the Ethiopians a glimmer of hope of upsetting their visitors on home soil in the return leg.

However, as URA chase their first Confederation Cup group stage appearance in the club’s history, Timbe had a clear message for his players.

“If you want to stop any side from dominating the game, you need to close all the gaps and have utmost discipline, that will be our policy for the game,” Timbe said ahead of the game

“If you give your opponent gaps while defending, then they can hurt you, but if the players work for each other, then we can force them into moment where we can win the ball back and try catch them on the break.”

“Therefore, I implore the players to use the ball well when we have it, and try score a goal, but at the same have the discipline to stop them from scoring against us,” he added.

“And we are aware that the game might not be won by just a single goal or two, because we know that they will continue coming at us.”

“So, we ought to be hungry for goals and do not carry the same mentality (from the first leg) that two goals shall be enough.”

“The players ought to fight and give their all for the 90 minutes, they can relax after we have seen out the result,” Timbe continued.

URA are playing in the Confederation Cup for the first time since 2015, but have an impressive record when it comes to defending their advantage.

Only once have the Tax Collectors given up their advantage in the first leg in their previous eight Confederation Cup qualifying matches, losing 4-3 to South Africa’s Orlando Pirates after winning the first leg 2-1 in 2015.

URA will hope that there are no last-minute disruptions to their preparations specifically the issues that saw their coaches allowed to access the touchline for only the final five minutes of their game on Sunday.

Timbe should have the relevant paper work sorted, and can plan extensively as he confirmed no injuries while all the COVID-19 tests carried out ahead of the game returned negative.

Additionally, captain Shafik Kagimu has also been passed fit for the game after shaking off a slight injury that saw him last a little over an hour in the first leg before he was subbed off.

“We have had very good preparations because we have not been disturbed by any injuries in both the sessions we have had here in Ethiopia.”

“And the captain himself (Kagimu) has been involved in both the sessions like every other player we travelled with, so I can confirm we do not have any headache regards injuries,” Timbe clarified.

Meanwhile, Ethiopia Coffee have Mikias Mekonen as a major doubt for the game and will require a late fitness test.

Ethiopia Coffee needs at least a 1-0 victory to progress, while URA require only a draw to reach the first round qualifying stage.