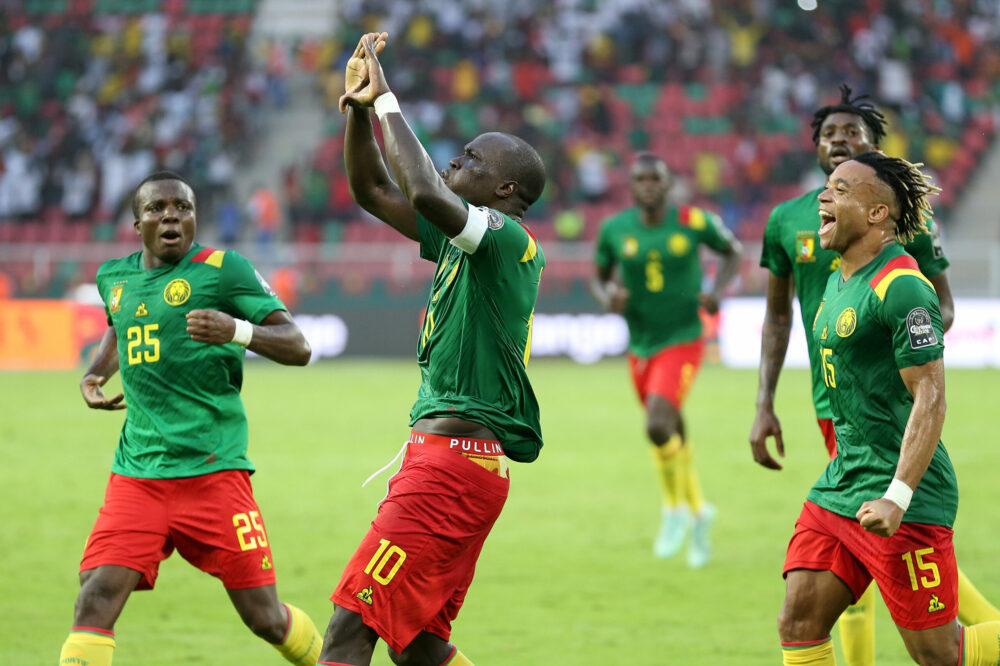 There are no teams that won TotalEnergies Africa Cup of Nations titles than Cameroon and Egypt. Between them they lifted the Holy Grail of African Football twelve times, seven for the Pharaohs and five for the Indomitable Lions.

On Thursday, they will be seeking a place in the 2021 TotalEnergies Africa Cup of Nations final when they lock horns in Yaoundé.

Cameroon – Hosts with a mission

The hosts’ intensions have been clear from Day 1; they just want the title at home.

Four wins and a draw in the road to the semifinal give The Indomitable Lions a vast amount of confidence before facing rivals Egypt for a ticket in the 6 February final.

They know well they will have the support of thousands as they dream of a sixth AFCON trophy.

Cameroon will once again rely on the lethal attacking duo of Vincent Abubakar and Karl Toko Ekambi, who has scored all Cameroon 11 goals to the moment, six for Abubakar and one less for Ekambi.

Our goal is clear; to play a good game and go to the final. We will play against a very good team, Egypt, the most successful team in Africa.”

“They have very good players, including one of the best in the world, namely Mohamed Salah. My players are motivated to win. We have positive pressure, but our pbjective is clear, to win the title for the Cameroonian people.

The group is motivated to play a good match against Egypt. We are determined to achieve a good result, go to the final and win the title. Playing at home is very special for us.

We are committed to play this semi-final and go for the title next Sunday, for the Cameroonian people.

The Pharaohs seem to own almost all of AFCON historic records, but there’s one that they are desperate to extend, winning their eighth title.

After a sluggish group stage campaign, Egypt rose to the expectations to oust Cote d’Ivoire and Morocco and reach the semifinals in style. Now they have to face another tough hurdle in the form of their hosts.

The Pharaohs will look up again to their star captain Mohamed Salah, who scored twice to the moment, and assisted the winner in the quarterfinals against Morocco.

To reach the semifinals is a reward for us. Facing hosts Cameroon is tough as they play very good football. We want to offer the world a pleasant match between two great African teams.”

“We are ready for this semifinal. It is true that we have played two consecutive matches with extra-time, but we remain ready to play a very good match. We have the right team for this kind of games.

“It’s a very important match for us against hosts Cameroon. We want to go as far as possible and try to win the title.”

“Our objective since the start was to win the tournament. We have one of the best players in the world, Mohamed Salah, and I hope he will be in his day to give what we expect from him.”

●      This will be the 11th Africa Cup of Nations encounter between Egypt and Cameroon, no two teams have met on more occasions in the competition’s history.

●      Egypt have won three of their last four Africa Cup of Nations games against Cameroon (L1), scoring nine goals, this after netting just twice across their previous six encounters against the Indomitable Lions in the competition (W1 D2 L3).

●      Cameroon have progressed from seven of their nine semi-final matches at the Africa Cup of Nations, only opponents Egypt (8) have made it through this round more often in AFCON history.

●      The Africa Cup of Nations hosts have been eliminated in three of their last five semi-final matches in the competition, with Egypt the last such team to progress from this round (2-1 against Senegal in 2006).

●      Since the beginning of 2017, no player has been directly involved in more goals (9) at the Africa Cup of Nations than Egypt’s Mohamed Salah (six goals, three assists) or Cameroon’s Vincent Aboubakar (seven goals, two assists).