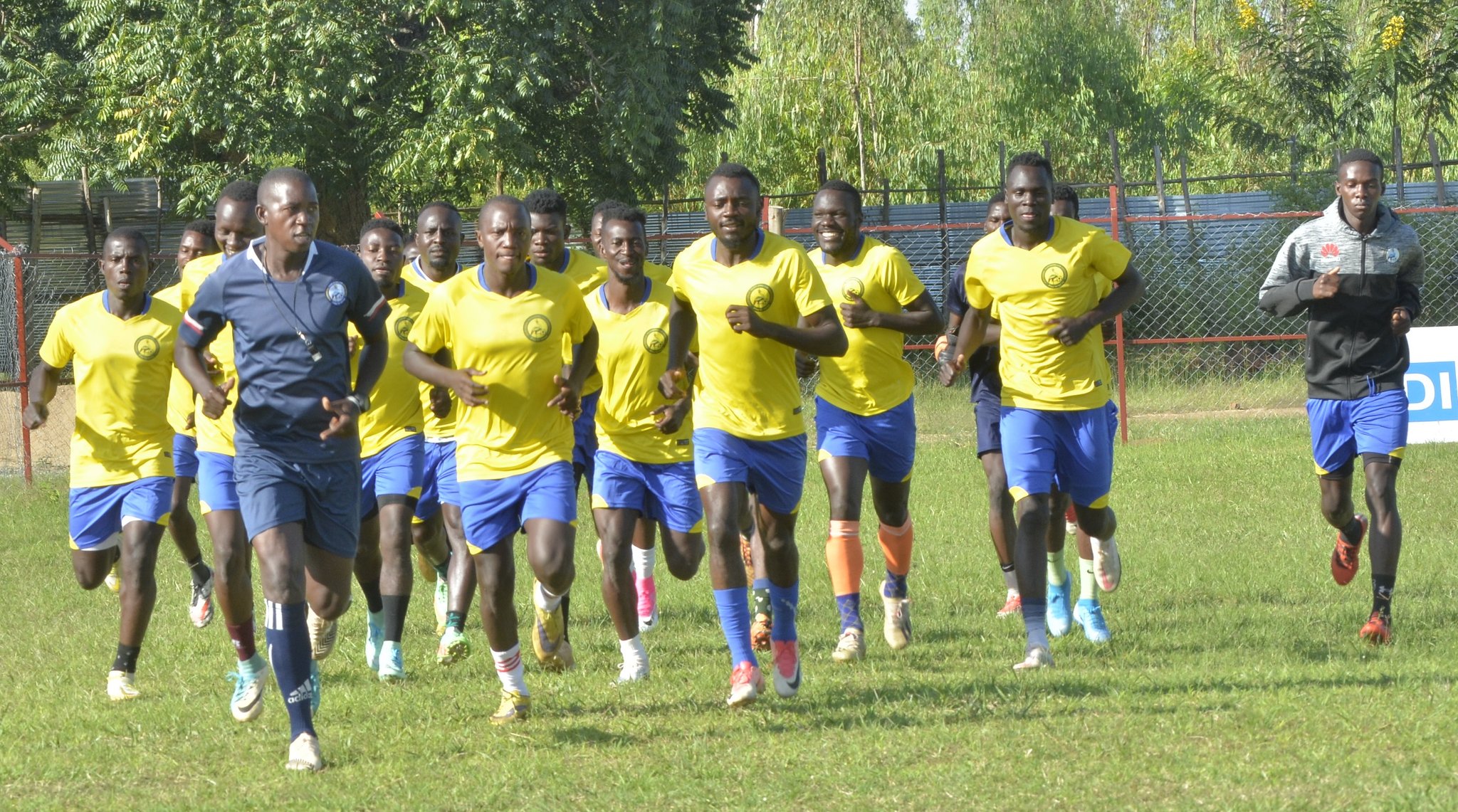 Following a devastating start to the 2021/22 StarTimes Uganda premier league, Police FC leadership has gone about to aggressively arrest the faltering form and arrest the situation that is falling out of hand.

Police are the only winless side in the top division after nine games and are bottom of the league after only three points from nine games.

Police FC chairman Asan Kasingye visited the club’s training ground on Wednesday afternoon, where he talked to the players and coaches with other club officials also in attendance.

Among the issues that were discussed in the meeting included welfare as the players represented by captain Tony Mawejje indicated to their chairman that they had gone months without pay.

Mawejje also put it to the attention of Kasingye that even other allowances including transport and match day bonuses had not been paid for a worryingly long time.

Kasingye acknowledged that the club had seen shortfalls administratively, blaming former chief executive Fahad Lumu, but promised to work and rectify the situation.

“We have begun this season horribly and the blame is not about the players but due to the Chief Executive Officer and his management,” Kasingye told the players.

“The third issue was about the arrears; we have been paying money but some people have been eating players money.”

“The management pays money but those responsible for paying the players don’t do the needful and this is due to lack of cross supervision,” Kasingye added.

“We are now going to look for the money and pay the players. We have discussed about the players’ injuries and we had decided that our players will now be treated by physiotherapist Annet Nankwanga and she had already accepted.”

“The other issue was about the jersey but we paid for it and it is in the country but the person who brought the jersey needs $850 and we are going to pay,” he continued.

The Cops visit league leaders KCCA FC at the MTN Omondi Stadium in the Lugogo derby, and captain Mawejje believes the chairman’s visit is a timely motivation to the squad as they prepare for the most significant part of their season.

“This is very good for the group since the chairman has come out and we tackled the problems and sorted them out,” Mawejje stated.

“This will help us in the next fixtures. It is now motivating and we expect better results in our next game,” he declared.

After conceding nine times in their opening six games of the season, Abdallah Mubiru’s side has conceded only twice in their last three games and had to twice come from behind in their draw against Gadaffi FC on Tuesday.

Abdallah Mubiru who returns to face his former side will hope that they can end KCCA’s unbeaten start to the season.

Meanwhile, it has been a morale-sapping past couple of hours for KCCA coach Morley Byekwaso, after becoming the first coach to win the coach of the month in successive months, he was slapped with a fine of UGX one million.

Both meetings between the two sides last season ended in draws, and Police has not defeated the Kasasiro Boys in 18 meetings since 2012.