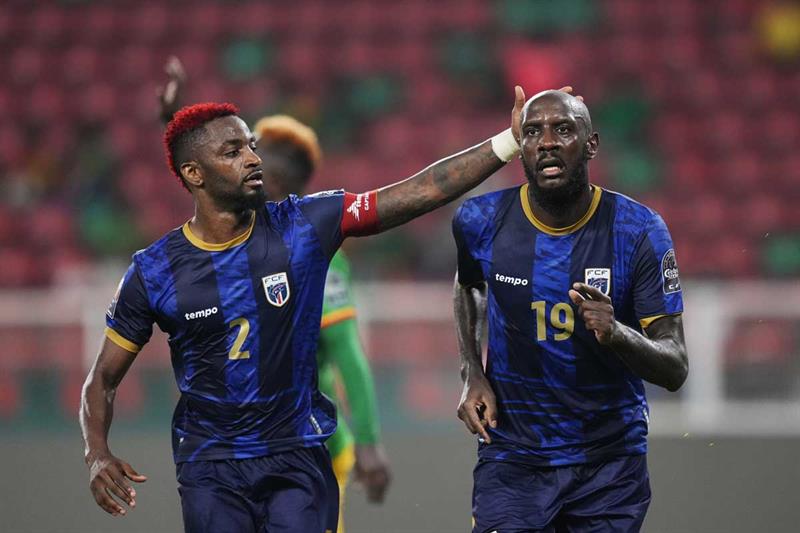 Humberto Bettencourt has described Cape Verde’s victory in their opening game at the 2021 Africa Cup of Nations (AFCON) against Ethiopia as an ‘important victory’ in the race to reach the next round.

The assistant coach also dedicated the victory, which was only the nation’s second at the AFCON finals since 2013, to all the Cape Verdeans plus the players and the technical staff who have been part of the journey from qualifying.

The Blue Sharks needed a first-half stoppage-time goal from Julio Tavares to edge the 10-men of Ethiopia at the Olembe Stadium in Yaoundé on Sunday.

“I would like to dedicate this victory to all the players and the technical staff who participated in our qualification for this AFCON and who could not come.”

“I also dedicate it to all the Cape Verdeans who support us,” Bettencourt said while speaking to the media after the game.

“We are happy for our collective performance and also the distinction of Rocha as Man of The Match. Three important points for us for the race to the qualification in the next round.”

“We knew the quality of the Ethiopian team, and that helped us during the game. We took advantage of the spaces in the middle of the field and played our best football to get the points for the victory,” he added.

Ethiopia defender Yared Bayeh became the first player to see red at the tournament, his evening coming to an end after seven minutes following the defender’s harsh tackle on Tavares which denied the striker a clear goalscoring opportunity.

Referee Helder Martins had initially awarded a yellow card for the foul but was called out for an on-field Video Assistant Referee review after which he produced the red card.

With the Walias reduced in number, their game plan suffered a setback, allowing Cape Verde to take control of the game through their numerical advantage.

Rocha Santos was the main source of danger for Ethiopia using his pace and trickery. He twice called goalkeeper Teklemariam Shanko Balcha into good saves as the Ethiopians held on just.

But at the stroke of half-time, Cape Verde breached Ethiopia’s defence, Tavares providing the finishing touch with his head on Mendes Rodrigues’ cross.

And according to Ethiopia coach Wubetu Abate, they take crucial lessons from the game.

“We lacked experience against a good Cape Verdean team. A defeat is true, but we will learn lessons for our next matches,” he told the media.

“We played almost the entire game in numerical inferiority, and that did not help us especially physically,” Abate added.

Cape Verde move joint top with hosts Cameroon, who came from behind to defeat Burkina Faso 2-1 in the opening game of the tournament.

The two sides will meet once again on Thursday, while Ethiopia plays Burkina Faso on the same day.