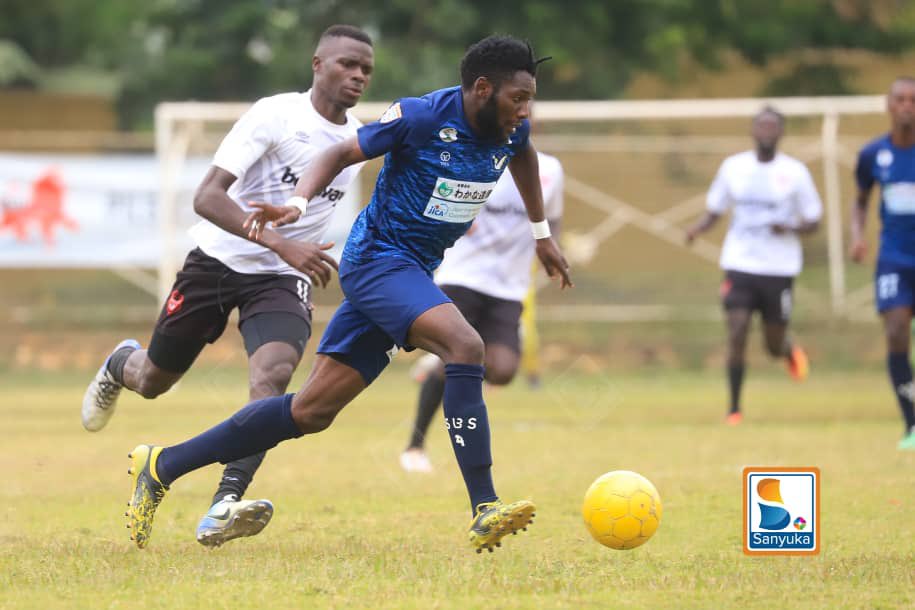 Express missed the chance to move to within three points of leaders Vipers SC as they were held to a goalless draw by Bright Stars, who have won only two games this season.

The champions started the day in fifth position, and this was an opportunity to brighten their title hopes, but it was disappointing performance void of quality in attack from the Red Eagles at Kavumba Recreation Grounds.

Express missing crucial forwards like Godfrey Lwesibawa and Eric Kambale failed to put a stamp on the game with Bright Stars goalkeeper Simon Tamale only called upon to make one crucial save to deny George Ssenkaaba in the second half.

Tamale and his defence that had produced school boy errors in their 3-0 defeat to URA FC on Tuesday were on top of the game.

Tamale made some impressive catches under pressure from set-pieces, while defender Derrick Ngoobi was named man of the match.

Rather surprisingly, the hosts who are yet to win under new coach Paul Kiwanuka were in top form, and had every reason to feel disappointed for failing to make a host of chances count.

Omwony Denis Kaka – who scored a late equaliser in the 1-1 draw between the two earlier in the season – failed to provide a finishing touch on Andrew Kaggwa’s deep cross.

Ibrahim Kasinde was hesitant on several occasions while captain Nelson Ssenkatuka fluffed a bicycle kick and was caught with the ball under his feet in front of goal.

The best chances of the day without a doubt fell to Emmanuel Loki. The South Sudanese striker’s attempted lob over Denis Otim sailed inches wide of the goal post six minutes into the game.

Bright Stars remain in 14th place after sixth draw of the season but move to within two points of 13th-placed Onduparaka who still have a game in hand.

Express meanwhile, move into fourth position on 28 points, but can lose further ground in the title race if both KCCA and Vipers win their respective games.

Bright Stars visit SC Villa next while Express are at home against bottom side Tooro United on Friday.