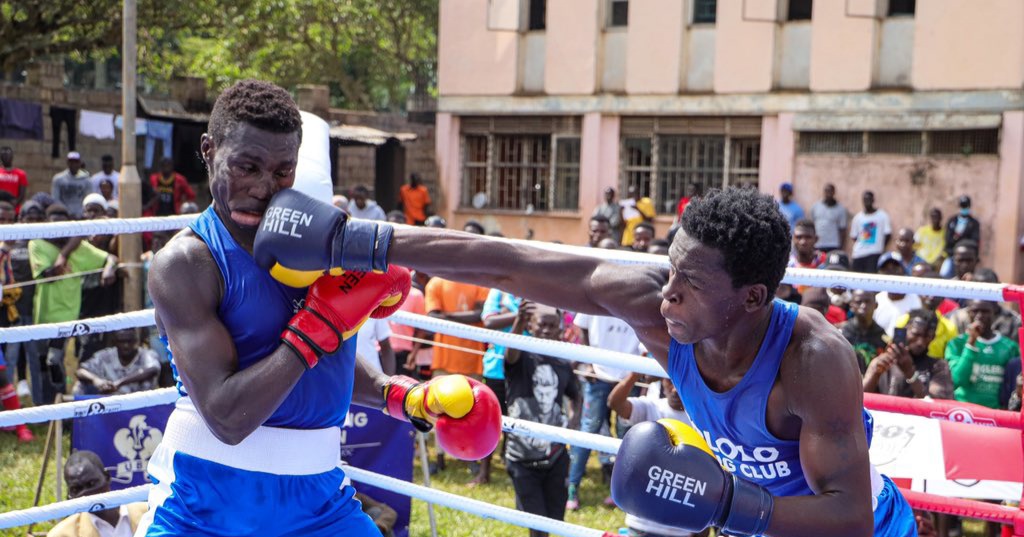 World over, the boundary between amateur boxing and professional boxing continues to be blurred, but in Uganda, it continues to be an empty building. With egos and bickering stifling the growth of the sport.

Previously, Uganda was considered the cradle of boxing in Africa. The nation’s success in the boxing ring is well-documented with that all-conquering team at the Commonwealth Games in 1990.

Be it Leo Rwabogo, Justin Juuko, Godfrey Nyakana, or Sharif Bogere. The big names trace the roots to their legacies from the amateur sport.

Such boxing legends had to pass the acid test at the amateur level, and that was the bedrock for them to make the step from amateur to professional.

For years, there has been unconvincing attention to the development of the next fighting champion from the Pearl of Africa. The latest spectacular failure at the Tokyo Olympics puts the mark on how deep the level has dropped.

Boxing is not a pathway for young talent or those from unprivileged backgrounds, but it is for people from all walks of life.

The biggest beneficiaries have been kids from the Ghetto, but there are people from different walks of life who need the sport as more than a hobby. That is why the newly created Uganda Boxing Champions League might prove to be a game-changer. It’s about giving people opportunities.

“This is a first of its kind,” Uganda Boxing Federation president Moses Muhangi said during the launch of the competition at Kati-Kati in Kampala on Thursday.

“There has been a need for local competitions to be regular, and as the UBF Executive, we came up with an innovation of the Boxing Champions League.

“We have had different competitions before, the national trials but much of that has been about just competition, and we have not looked so much into creating products that commercialise the sport.”

“Football, for example, has moved a long way in creating commercial value for the players, and as UBF, we want to learn from the successes of other federations.

“We want to create more and better competition with the champions league and provide that platform for them to get better day after day,” he explained.

“We have not been performing well on the international stage recently, and part of the reason is that our boxers do not have the competitions to keep them at the top of their game.”

“Most of our boxers after international events return and go into limbo. And that is apparent because we have not won an Olympic medal in a troubling long time. The last boxing gold medal was in 1990,” Muhangi continued.

The boxing champions league captures the best four boxers from the 13 boxing weights who emerged from the National Open trials.

The concept is to have these boxers in a pool where they compete against each other in their respective weight divisions on a weekly or bi-weekly basis, throughout the year, at a level that is close to what is demanded professionally.

According to the organisers, these boxers have already been engaged with contracts that will come with various benefits some of which include involvement with the national team the bombers and also provide regular competitive matches to keep them on their fours.

“We have engaged with the boxers and came up with things like contracts because we need to give our partners the certainty that the games will go ahead.

“Out of over 200 boxers that had initially qualified from the trials, we have 160 that agreed to join the champions league, and there are no ties on any boxer who does not feel like they want to be part of it.”

“We have also drafted new rules and the competition will take a semi-professional journey with innovations like elite boxers taking off their shirts and will be fight for five rounds of three minutes,” Muhangi stated.

Fights will be arranged on a Round Robin format within a given weight category for purposes of identifying the best boxers in each weight category based on who has collected the most points (three points for a win, one for a draw and zero for a loss).

Boxers will compete for three rounds for juniors, four for the youth and five rounds for the elite. Bouts will be judged by three or five judges because of the semi-professional nature of the league and an opportunity to prepare our boxers for Pro Boxing.

About eight to 10 fights are organized per competition day, and the event runs in seasons. A season could take eight months. During the Execution of the League, surprise Acts (boxers) from foreign countries will be invited to challenge the local boxers either monthly or on a quarterly arrangement.

There will be a private body formed to run the competition but the Uganda Boxing Federation will be the regulator of the event to make sure all programming is in line with boxing rules and regulations.

There shall be a creation of independent judicial and disciplinary bodies to address concerns and matters arising from the League.