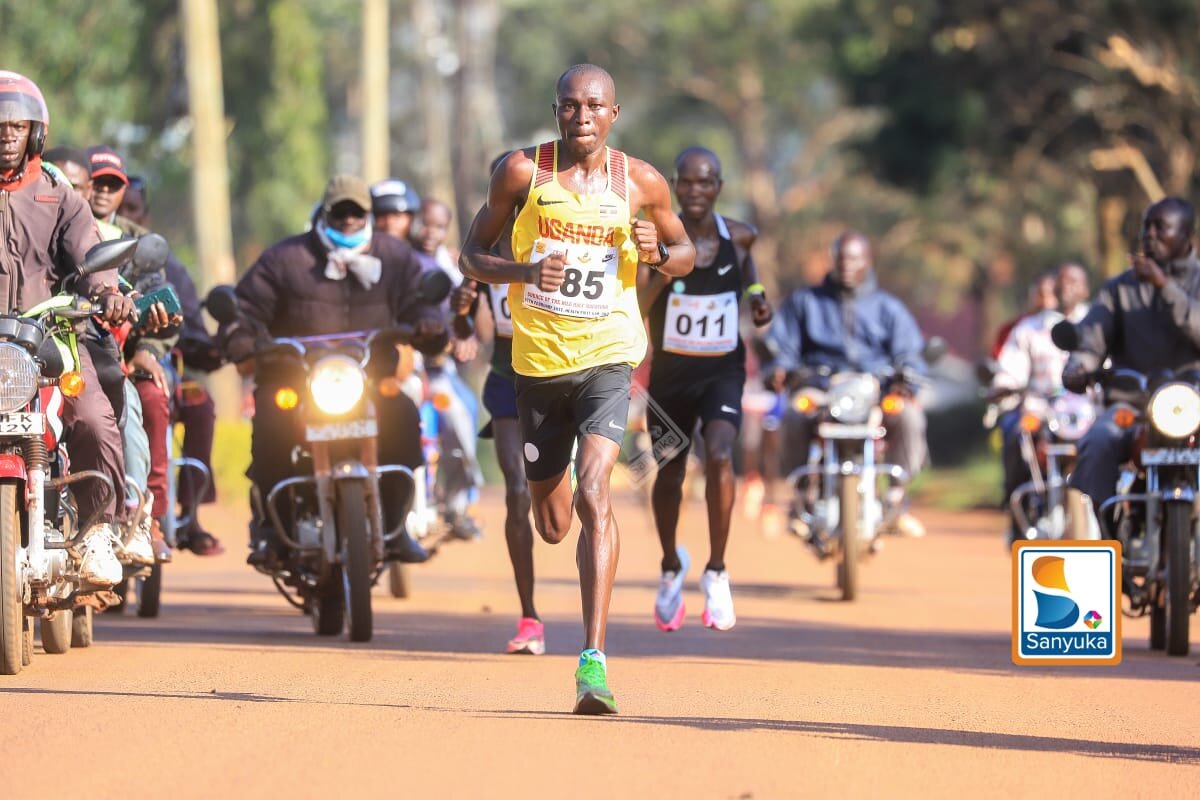 Ali Chebures and Mercyline Chelangat continued their impeccable start to the local athletics season by winning the Source of the Nile half Marathon in Jinja on Sunday.

Chebures and Chelangat who snatched victory at the National Cross-Country Championships in Tororo a fortnight ago, were once again uncatchable as they produced strong races in their respective fields.

Chebures, who made his debut at the event after failing to start the race in 2021 despite signing up, covered the scenic 21-kilometre course through the tourism city of Jinja in 1:02.00 in the men’s race.

Chelangat continued her renaissance after a tough period where she had to take maternity leave, stopping the clock at 1:11.52 leaving two-time winner of the half marathon Doreen Chesang in her wake.

As the women’s race got underway, Chelangat, Chesang and Sarah Chelangat as expected jumped to the front, taking with them a group of around 12 athletes that included Rispa Cherop, Rebecca Cheptegei and Dorcus Ajok.

The leading completed the first five kilometres in a little over 17 minutes, and would run together until around nine kilometres. By the half way point of the race, Chelangat pushed the pace and the group was reduced to seven.

Over the next 10 kilometres, Mercyline would take command of the race and break up the group with Chelangat and Chesang managing to stay within sight of her, and as they entered the final kilometre, her experience as a middle-distance runner would come to good effect.

With the finish line in sight, Mercyline pushed one last time, and with a huge smile on her face, she crossed the line finishing the half marathon distance in 1:07:55.

The men’s race kicked off with incredible pace, with all the pre-race favourites staying put in a large group. 2021 winner Fred Musobo led the way early on with Abel Chebet, Kusuro Geofrey and Chebures in tow.

As the race hit a groove, and with current world record holder in the half marathon Jacob Kiplimo acting as the chief cheerleader, the group of over 50 athletes had been reduced to only a handful by 10 km.

Kusuro, Chebet and Chebures took turns pacing through the 15 km mark as Musobo started to drop off as Kwemoi Andrew, Somikwo Ben and Rotich Kortex moved up.

Chebures pushed ahead with a little over two kilometres to run, breaking up the group to form a single file line, Chebet and Kusuro staying within chase. But neither had any more kick in the tank to keep up as Chebures produced a furious run to the finish.

Source of the Nile Half Marathon, Jinja (21 KM) Results

Features of a Great Woman to Marry

Chelangat stands tall at Poznan half marathon days after wedding