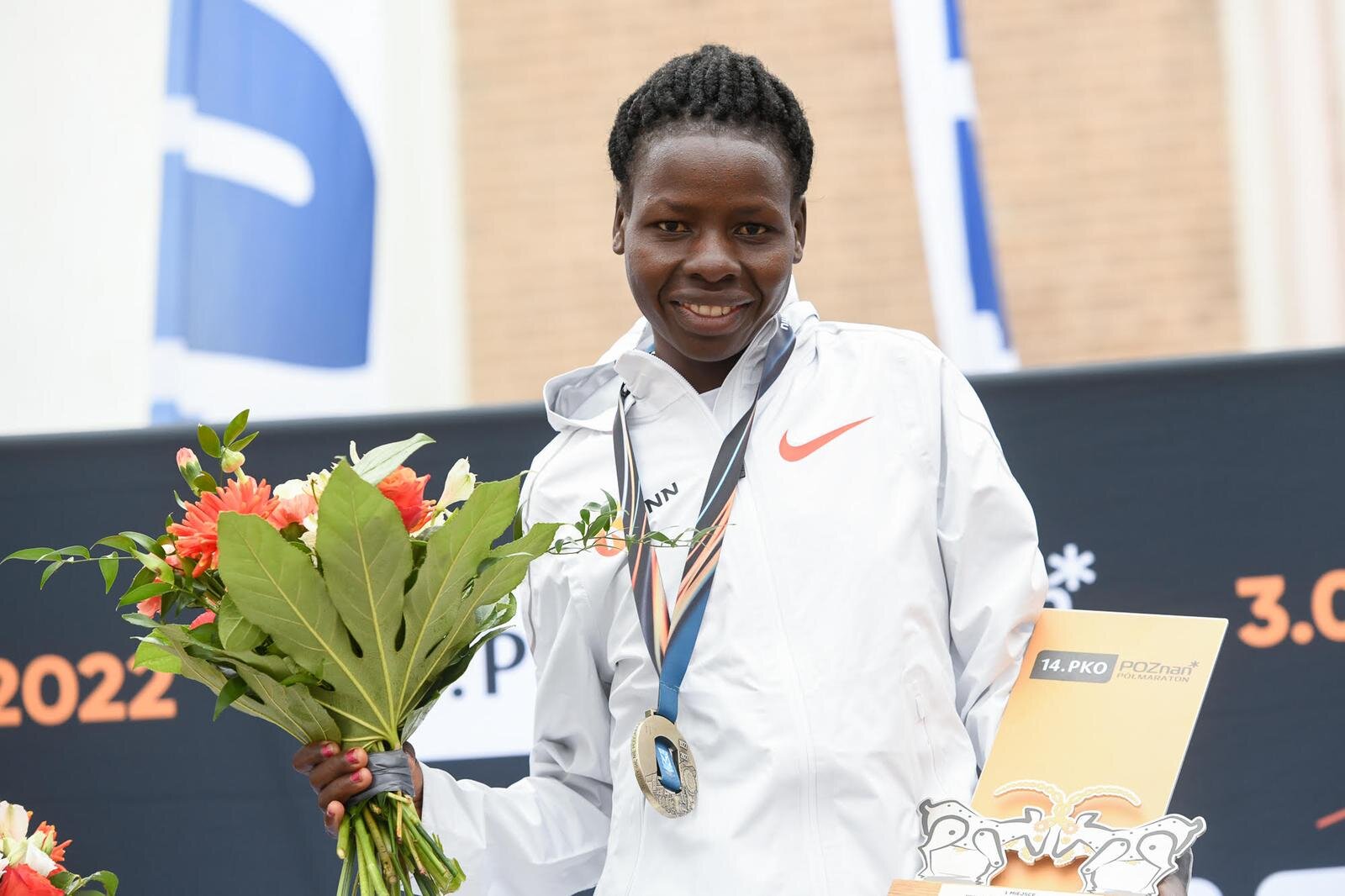 Mercyline Chelangat’s all-conquering season continued with victory at the Poznan half marathon in Poland on Sunday, April 3.

The victory, a first for the 24-year-old in over a 21-kilometer road run internationally this season, incredibly came only seven days after her wedding.

And adds to success on the local scene at the National Cross-Country Championships in Tororo and the Source of the Nile half marathon in Jinja in February.

Chelangat who has faced a flameout since her bronze medal at the 2018 Commonwealth, comfortably saw off competition from Kenya’s Kenya’s Simiyu Lydia and Ethiopian Addisalem Tegegn.

But Chelangat will definetly care less about that, as she had an almost free run to the top of the podium as she still finished a minute ahead of Simiyu (1:10:20) and Tegegn (1:10:21).