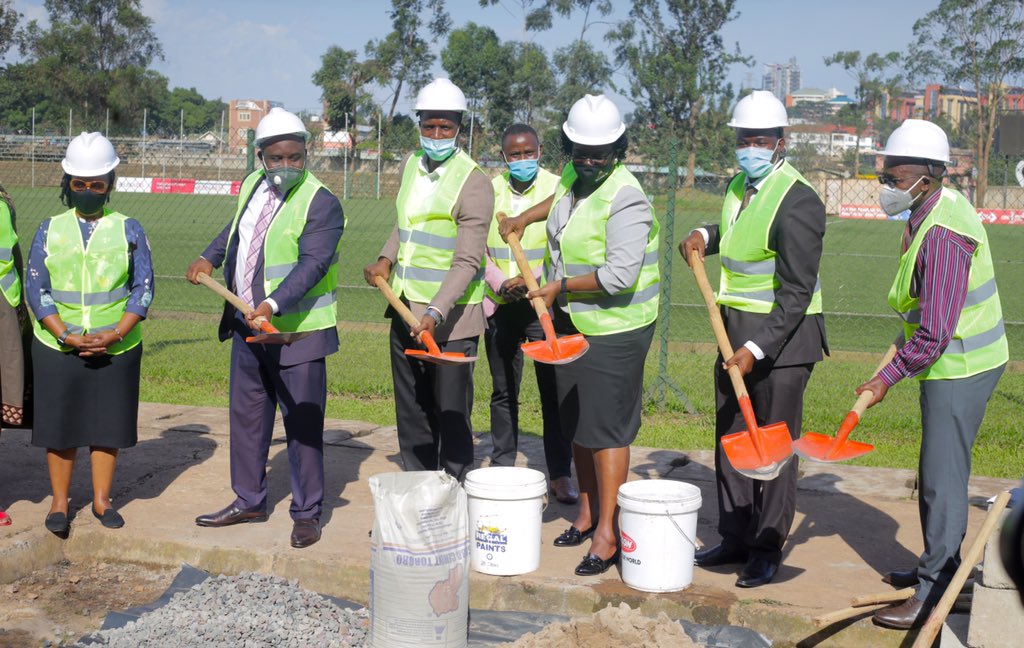 Better late than never. Six years since initial plans to construct a state of the art stadium by KCCA FC were first mooted, the construction works are underway.

Today, KCCA executive director Dorothy Kitaka in the company of Kampala Lord Mayor and club Patron Erias Lukwago broke the ground for the construction of the 9000 seater MTN Omondi stadium.

The government committed to fund the project with 10 billion Uganda shillings which will be released in batches of 2.5 billion every financial year as Kitaka explains.

Sarjan construction won the bid to execute the job that will take three phases starting with the V.I.P stand.

The construction is expected to take five years but offices and football activities will continue to take place at the stadium during the first phase.