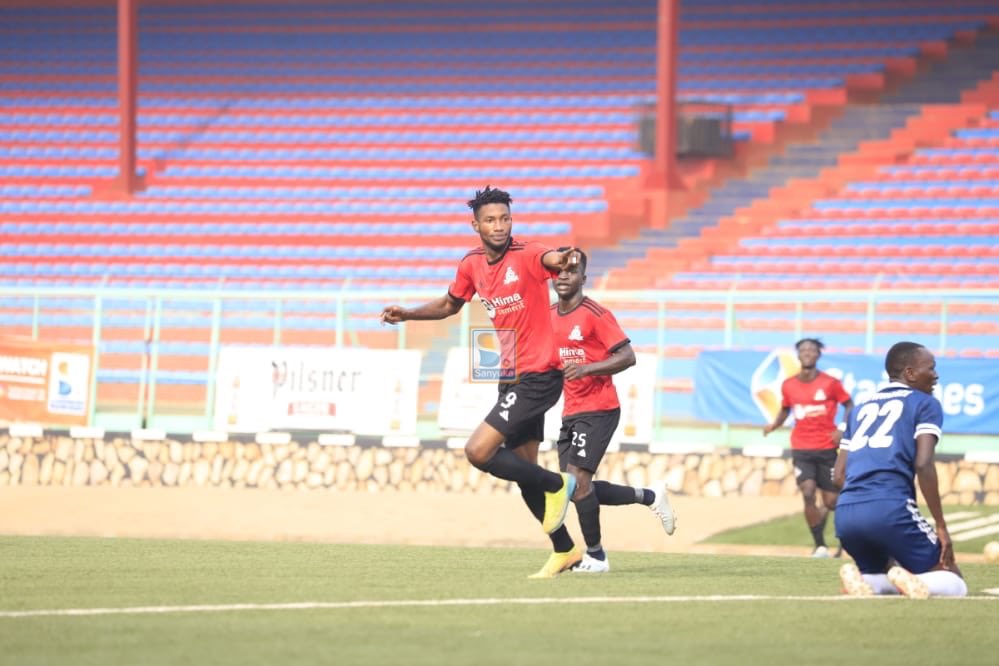 Vipers came from behind to beat 10 man police 3- 2 to go top of the league log at their home in Kitende.

The hosts almost took the lead 15 minutes into the game but their former shot-stopper Derick Ochan denied Muhammad Shaban outside the box.

Ibrahim Orit scored Vipers first goal  off a Disan Galiwango cross in the 21st minute to put the hosts in the lead.

Brian Muruli added the second for the visitors in the 36th minute to hand the cops a flattering lead.

Five minutes to the break, the cops were reduced to 10 men after goalkeeper Derrick was shown a straight red card for handling the ball outside his area.

In a stop gap measure, Abdallah Mubiru withdrew outfield player Muwadda Mawejje for goalkeeper Tomas Ikara. The first half ended 2-1 in favour of the visitors

Ibrahim Orit who had a good performance headed Fred Kajoba’s side level threw minutes into the resumption after connecting well with Paul Mucurezi’s free kick while Ceaser Manzoki scored the winning goal for the venoms to extend vipers’ unbeaten run to eight games, and send the defending champions top of the pile with 18 points.