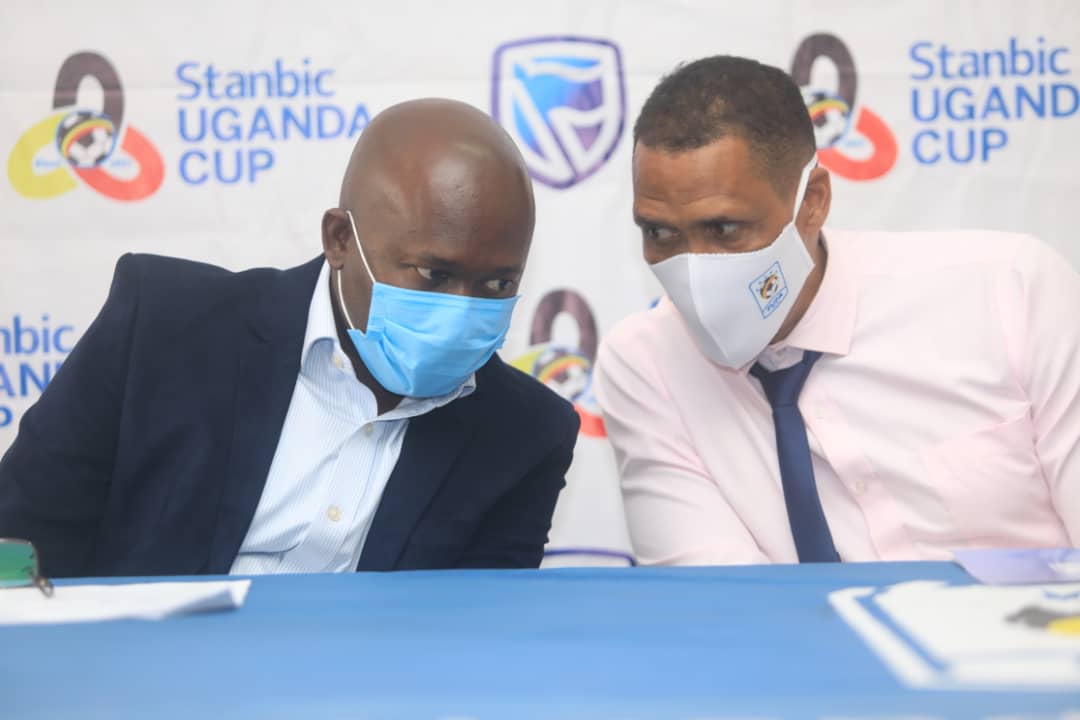 The Federation of Uganda Football Associations, FUFA has canceled the 2019/20 Uganda Cup season.

However, there are some positives to take from today’s press conference at the FUFA house in Mengo.

FUFA has canceled the 2019/20 season of the Stanbic Uganda Cup declaring it null and void with no winner due to the continued COVID-19 restrictions on sports.

However, Stanbic Uganda’s head of marketing Daniel Ogong says they will honor their commitment by paying prize monies to clubs that had progressed to the Round of 16 and the quarter-finals.

The 6 teams that qualified for the Quarter Finals will each receive UGX 6 million that is Proline FC, KCCA FC, Kyetume FC, Light SS FC, Kitara FC, and Kataka FC.

The 6 teams that were knocked out at the Round of 16 will each receive UGX 3 million that is Kiboga Young FC, Dove FC Maroons FC, UPDF FC, Tooro Utd FC, and Free Stars FC.

The 4 teams that were yet to play their Round of 16 matches will share the prize money for their ties.

“The Stanbic Uganda Cup is the oldest football competition in the country as it has had its ups and downs. Because of the Coronavirus pandemic for this edition, the money will be issued to the clubs at the earliest time possible.”

KCCA FC will still be maintained as Uganda’s representatives in the CAF Confederations Cup as the FUFA’S deputy CEO in charge of football Dicolas Kizza explains;

“The prevailing conditions brought by the COVID-19 pandemic fought the Stanbic Uganda Cup to the canceled. The decision of KCCA Football Club to represent the country at the CAF Confederation Cup was purely based on the powers granted by the FUFA Executive. International representation is a preserve of the FUFA executive committee. The winner of the Uganda Cup represents the country at the confederations cup. But if you take the Uganda Cup and fail club licensing perimeters both at FUFA and CAF level you won’t be named as the representative. KCCA FC being runners up of the Startimes Uganda Premier league were named representatives of the CAF Confederations Cup.”

The move to distribute the 60million prize money among the clubs despite the cancellation of the season is welcomed as a big gesture from the sponsors, given the tough COVID 19 times that the clubs have to endure.

Could you Find a Dominican Girlfriend Online?