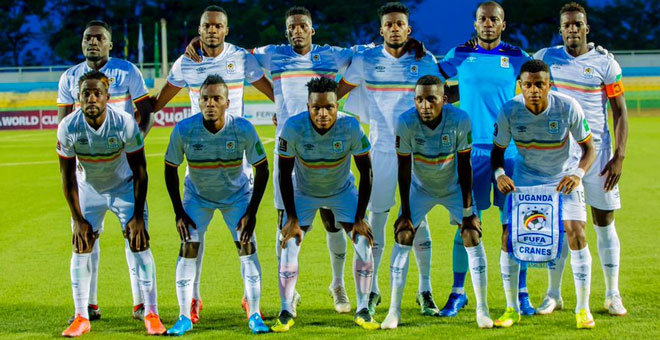 Uganda Cranes’ friendlies with Gabon and Mauritania have been called off by the Federation of Uganda Football Association owing to a recent surge in coronavirus cases with the omicron variant.

The decision to call off the two matches that were meant to also help Gabon and Mauritania’s preparations for the upcoming Africa Cup of Nations follows a suspension of all passenger flights to the United Arab Emirates from Uganda.

Milutin ‘Micho’ Sredojevic’s side was due to play Gabon on December 30, and Mauritania three days later in UAE’s capital Dubai, with the team booked for travel on December 29.

FUFA announced on Tuesday that the team will not be able to travel as expected due to the challenges in travel and also the time for alternative flights was not enough.

“FUFA has called off the Uganda Cranes trip to the United Arab Emirates due to challenges with flight travel,” a statement from FUFA said.

“Logistically, the time available for the arrangement of an alternative flight is not enough for the contingent to fly into UAE.”

“The National team-Uganda Cranes was due to fly out on Wednesday, December 29, 2021, for two intentional matches against AFCON bound sides Gabon and Mauritania on December 30, and January 2, 2022, respectively,” the statement added.

Micho had already selected up to 21 players who were going to make the trip to Dubai, with two of those; goalkeeper Ismail Watenga and midfielder Moses Waiswa the only foreign-based players on the team.

The local-based contingent was subjected to COVID-19 tests and was expected to convene for a mini-camp after the final games of the year for their respective club sides.

The Cranes have however lined up two friendly games against European countries Moldova and Iceland next month.

The matches have not been confirmed by FUFA, but they posted a teaser on social media hinting on the two games.

The friendly game are expected to be played in in Antalya, Turkey between January 12 and January 18 2022.

Meanwhile, The AFCON tournament is expected to continue as scheduled despite recent challenges posed by the prevalence of the coronavirus. The tournament will kick off on January 9 and run until February 6.

Gabon and Mauritania will continue with their preparations for the AFCON but will be travelling to the tournament’s host nation Cameroon directly and not to the Middle East as planned.