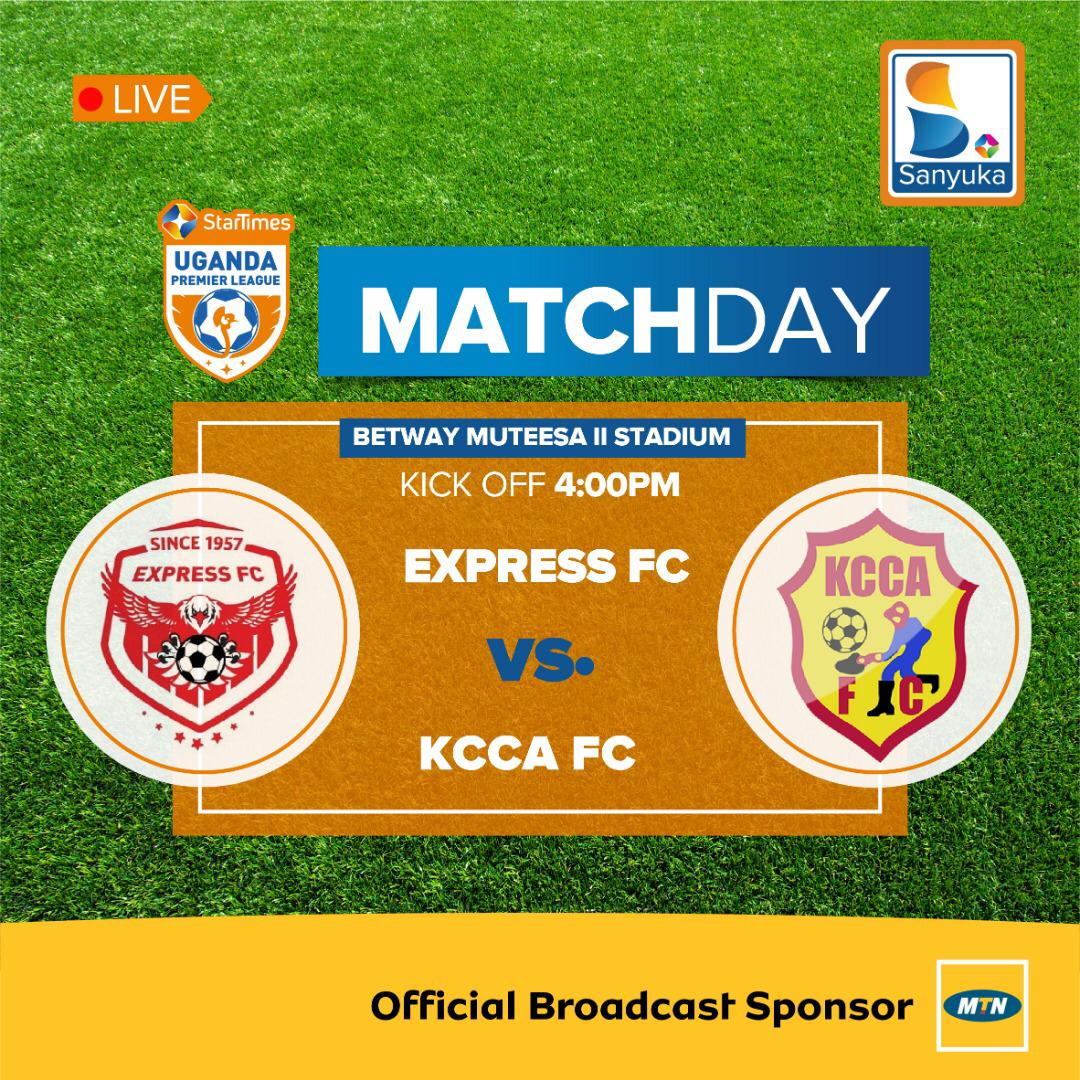 MYDA FC takes on URA FC at King George IV Memorial Stadium – Tooro as the hosts look for their first win in the top flight while URA FC looks return to winning ways following loss to Express FC in their previous outing.

The major highlight of the day will be the battle between the read Eagles of Express FC and the wounded Kasasiro boys of KCCA FC at the Muteesa II stadium in Wankulukuku.

Express fc is looking to condemn the 13 time league champions to the fourth straight league loss.

KCCA FC lost 2-1 to URA FC at home and in a similar manner to SC Villa and BUL FC on the road while the hosts are still unbeaten this season having beaten SC Villa, grabbing a point from defending champions Vipers SC and are fresh from humbling URA FC.

The duo left unhappy with the technical staff of the lugogo based outfit.

Express FC sits 4th on the table with 12 points while KCCA FC are 9th with 9 points.

The hosts welcome back experienced midfielder Tom Masiko and Simon Namwanja from injury while defender Edward Satulo is out on leave while the visitors miss midfielder Emmanuel Wasswa and Amir Kakomo all suspended for having accumulated three yellow cards.

New signing Francis Olaki may have received his license to have a debut today.

In the other match of the day, winless MYDA FC faces URA FC. URA FC is 6th on log with 11 points while the hosts are a second from the bottom with only one point.

Both teams lost their previous fixtures with the hosts losing to SC Villa 1-0 while URA FC lost to Express FC by a similar margin.