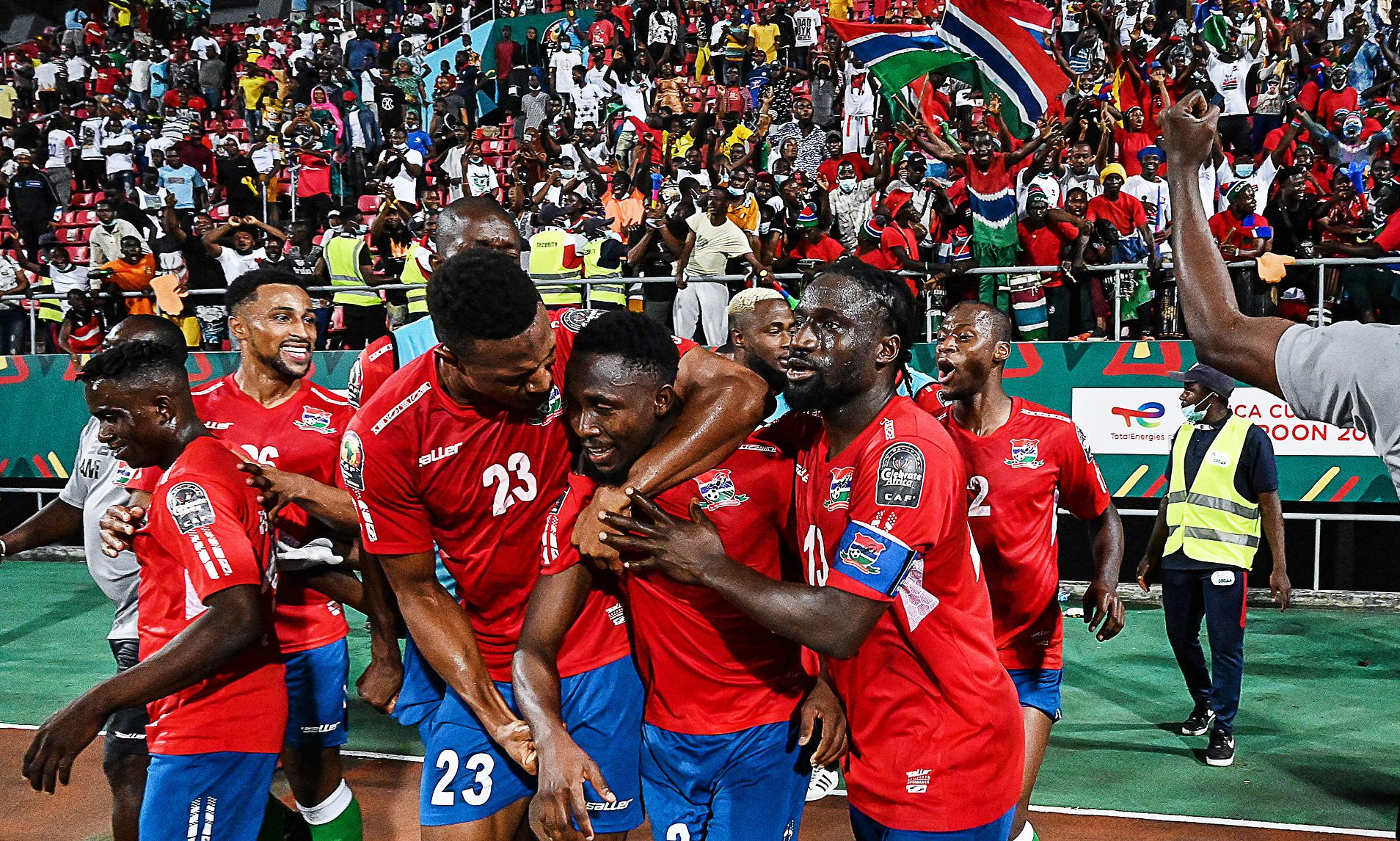 Debutants Gambia continued to make history when they beat Tunisia to a 1-0 in a fascinating Group F encounter of the TotalEnergies Africa Cup of Nations at the Stade Municipal de Limbe on Thursday.

The win meant Gambia finishing second in Group F but level on points with Mali who beat Mauritania 2-0 in Douala.

The game had everything which involved a penalty miss, a sending off and a late dramatic winner by Ablie Jallow.

Both teams were looking for valuable points to consolidate their final position in Group F and seal a place in the knock out stage of the competition.

The Carthage Eagles came out pushing for an early lead with flashes of chances in the first quarter of the game.

At the half hour mark Tunisia had 6 attempts with no shots on target. The likes of Anis Ben Slimane, Hamza Rafia and Seifeddine Jaziri were in thick of things in attack for Tunisia but couldn’t find any real openings in the Gambia defense line.

The North African’s first attempt on target finally came from the spot with Seifeddine Jaziri drawing a foul in the penalty area. Modou Jagne the culprit committing the foul on Jaziri. However, the opportunity was squandered as Gambia Keeper Baboucarr Gaye stopped Jaziri’s penalty just before the halftime interval.

Disaster struck for Tunisia when their reserve keeper Farouk Ben Mustapha saw red for violent conduct and was dismissed from the bench.

This meant he will miss two games. It was 0-0 at the end of the first 45 minutes.

Ben Slimane was the most dangerous player for Tunisian team and came close with an attempt at the beginning of the second half but saw his shot deflected wide for a corner.

On Gambia’s side it was Musa Barrow who looked more likely to get a goal for the Scorpions. A sting in the tail was what many Gambians were craving at this point. That nearly came to fruition as Barrow’s stinging shot rattled the crossbar sending shivers in the Tunisia camp.

How must Mail Buy Brides Do the job?