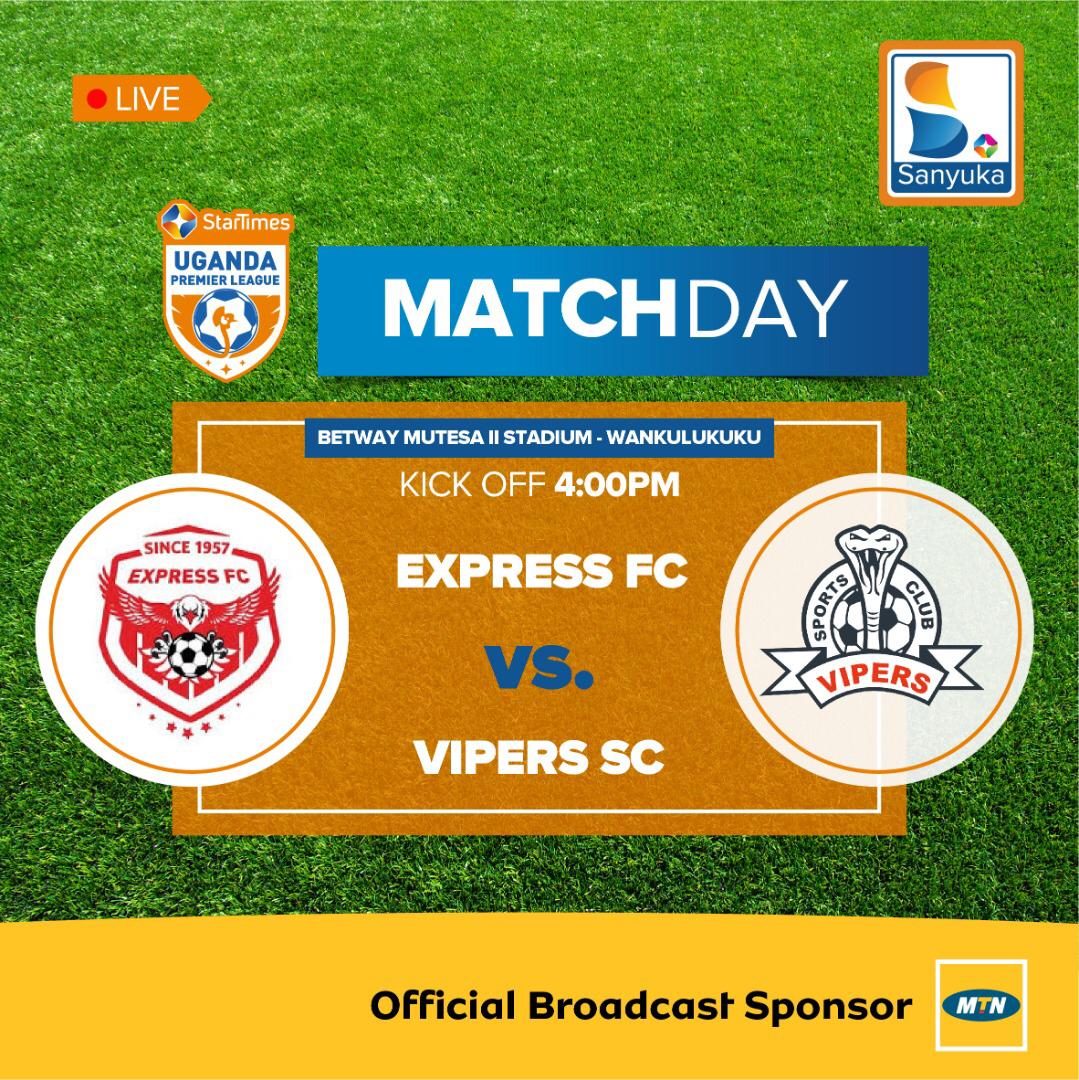 The biggest football party in Uganda will be at Wankulukuku today when sleeping giants Express FC host defending champions Vipers SC in the only StarTimes Uganda Premier League fixture.

Both teams head into the clash un beaten in their first four games with the visitors placed third on the pile with 10 points in four (W3,D1) while the hosts lie seventh with eight points out of four outings. (W2,D2).

The pressure will be on both coaches. For Fred Kajoba, history has it clear that such games can cost him his job. His trigger-hungry boss Lawrence Mulindwa can easily kick him out the revolving door at Kitende if he loses against the Red Eagles.

For Express FC, the investment and re-organization made by the club chairman Kiwanuka Kiryowa can only be paid back with results from such big games especially at home.

The beauty though is that this season, Express FC has been near perfect at home. Their last home game was a 1-0 win over perennial rivals SC Villa.

Vipers’ recent 7-0 mauling of new comers MYDA FC, did not move the Express boss Wasswa Bbosa. At their pre match press conference at Wankulukuku on Monday, Bbosa made it clear that they are not MYDA.

“We are not MYDA FC. We know how to handle all opponents as they come especially these so-called big teams,” said the confident Bbosa.

By the time the league went into the CHAN break, Express had not lost, but clearly had a few grey areas to correct.

Their attacking line wasn’t the sharpest, only managing five goals. This perhaps is what guided the decision to go for one of the proven creative midfielders Muzamir Mutyaba in the January transfer window.

“The CHAN break gave us enough time to improve in all departments. We have had several trial games and we think we are ready to go,” Wasswa Bbosa added.

“We have been training well and our goal keeping department has also greatly improved.”

The six time champions have only conceded three goals, the joint second best defensive record in the league so far.

Vipers on the other side have ‘stocked up’ their venom. All their forwards seem to have found their purple patch. The manner in which they disposed off the new comers MYDA FC vindicated almost all of the club’s recent acquisitions.

Returnee Yunus Sentamu who had been out of action for more than a year needed no time to rediscover his goal scoring boots as he netted the first two goals to set the scene for what became an onslaught of the Tororo based side.

For Galiwango, today’s game will come with mixed emotions. The left back will be facing the club he skippered last season for the first time since his un ceremonial departure in 2020.

His knowledge of most of the players and officials will come in handy he says.

“I know some of the players, the coaching staff and the pitch, we shall get three points from Wankulukuku.”

Fred Kajoba will have some selection headache. Apart from Milton Kariisa who continues on the side-lines with an injury he carried from the CHAN finals, there are no fresh injuries to worry about.

A win at Wankulukuku will take the venoms to the top of the log and keep them in cruise control of their title defense.