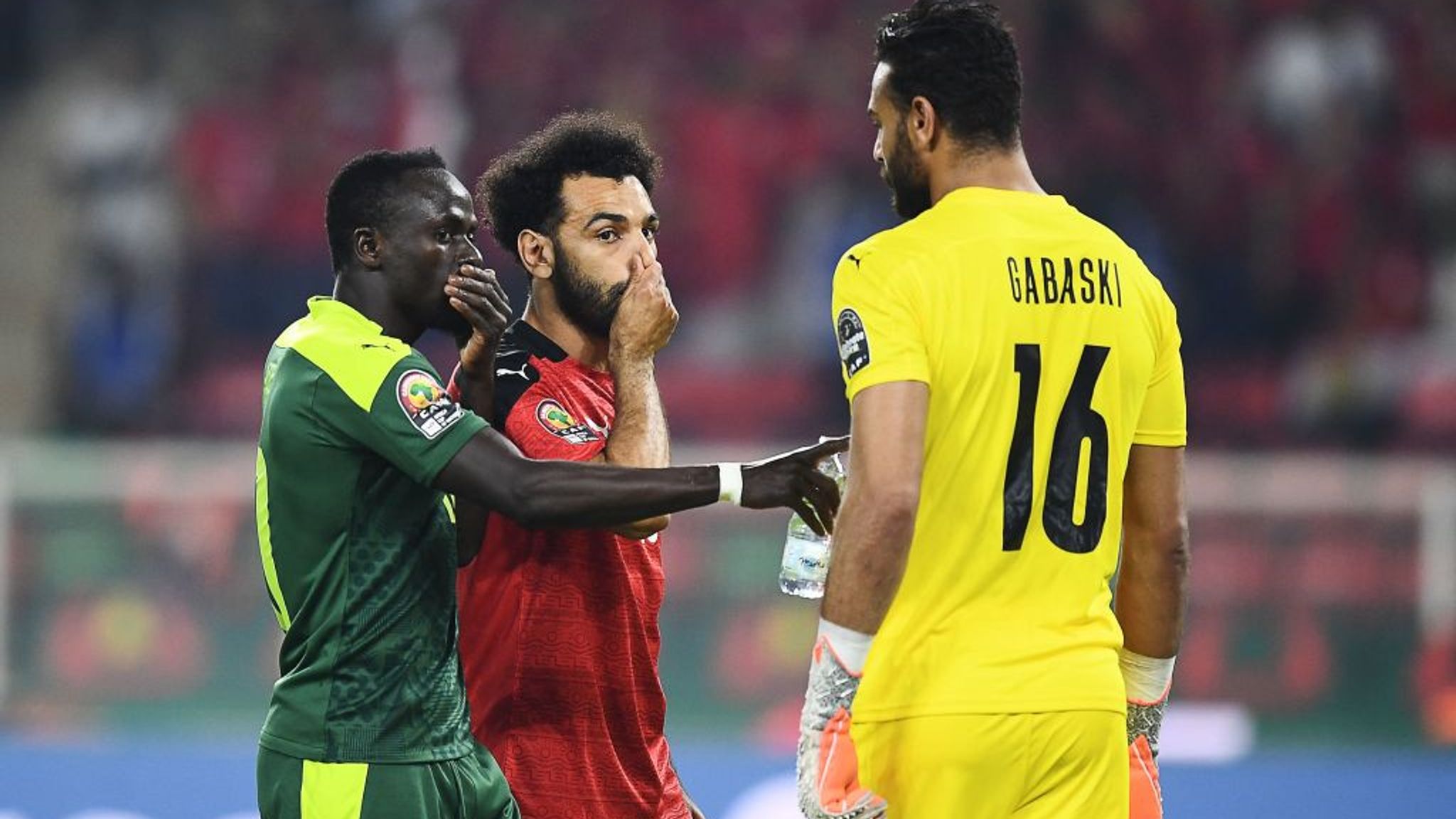 Egypt do have the chance to avenge their Africa Cup of Nations final defeat to Senegal when the two African football powerhouses meet in the 2022 FIFA World Cup qualifier play-offs in March.

The Pharaohs were denied a chance of winning a record extending eighth AFCON title following their 4-2 defeat on penalties at the hands of the Teranga Lions in Douala on Sunday.

Goalkeeper Gabaski had given had given them a fighting chance after saving from Sadio Mane’s penalty after seven minutes, with Egypt holding on through extra time.

But they could not see out victory even with Gabaski saving Bouna Sarr’s penalty in the shootout. Mohamed Abdelmonem and Mohamad Lasheen both failed to convert their penalties giving Mane the chance to convert the winning kick for Senegal to win their first ever AFCON crown.

The disappointment was evident on all Egyptian players, but was even more with captain Muhamad Salah who struggled to hold back his tears even as teammate Mane came around to console him.

And according to Egyptian coach Carlos Queiroz, they can use the hurt and disappointment from the final to spur them on in the Qatar World Cup qualifiers.

“Salah is a world-class player and his attitude is the same as anyone else,” said Egypt assistant coach Diaa al-Sayed, speaking because coach Carlos Queiroz was suspended for the final.

“He was determined to win. He has played in and won big competitions in Europe but he really wanted to win this trophy for his country.

“With him we want to qualify for the World Cup. He is just like the captain of any team. He is disappointed that he didn’t achieve his goal.”

Goalkeeper Gabaski, voted the man of the match in the final also reiterated his coach’s statement saying the have to pick themselves up and do better next time.

“We will pick ourselves up from this. Today we were not able to win but we will be better next time,” he said.

Egypt and Senegal will meet over two legs in the play-offs with the winner earning a place in the Qatar finals.

The Pharaohs will host the first leg in Cairo on March 26, before travelling to Dakar three days later. The two sides were at the 2018 World Cup in Russia but were eliminated from the group stage.