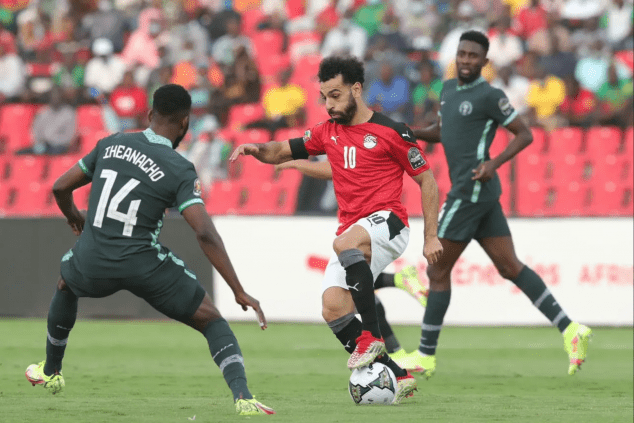 When Egypt enter the field on Wednesday to face Sudan in the third and final matchday of Group D at the Ahmadou Ahidjo Stadium, victory will be the main objective for the Pharaohs, who need just three points to ensure their progress to the Round of 16 of the ongoing TotalEnergies Africa Cup of Nations, Cameroon 2021.

It will be a match that pits two countries with a well-known and historic rivalry against each other.

Egypt – No mistakes will be allowed

After losing their first match against Nigeria (1-0), the team led by Portuguese Carlos Queiroz got their first win, after beating Guinea-Bissau thanks to a solitary goal from Mohamed Salah.

The Egyptians have three points (3), behind the already qualified Super Eagles (6), followed by Guinea-Bissau and Sudan with only one point (1). Mathematically the three teams have a strong chance of booking a place in the next round.

Otherwise, Egypt will be looking to consolidate their hegemony.

“We respect all the teams in the tournament, and we are always focused on preparing the best possible squad for each match. There are no cases of COVID-19 in the team, which is a wonderful thing. We are ready to play a big match against Sudan and qualify to the next round. I am happy with the performance my players showed in the last match.”

“Our goal is to win the title for our Egyptian fans. Everyone in the team wants to do his best. We are thinking about match by match. Sudan match is a derby, and it will not be easy. We respect them and we know they will also play to win.”

Sudan – There is still a chance

This will be the sixth meeting between Egypt and Sudan in the tournament. In those clashes, the Egyptians hold a three-match advantage over the Sudanese. Their first four meetings took place between 1957 and 1970, while their last head-to-head dates back to 2008, with Egypt winning (3-0).

In their first meeting in Khartoum (1975), the Sudanese capital, the Pharaohs won 2-1.

Despite these statistics against the Jediane Falcons, Sudan know that they can create a surprise as other teams have done during this competition.

A victory over Egypt would pave the way for a second or third place depending on the result of the game between Nigeria and Guinea-Bissau.

“We missed Mohamed Abdel Rahman because of injury, he has now recovered and he will be an addition against Egypt. We miss Salah Nimr, our captain through injury, but we have young players who will try to replace him despite his great experience. I hope we can achieve a good result against a very experienced Egypt side”.

“We lost against Egypt in the FIFA Arab Cup, but this is a different competition and each match has its own circumstances. The Egyptian team is great, and I know all their players. This is a special derby for us. In Sudan we have great confidence in ourselves. I hope to do our best to win and qualify for the next stage.”