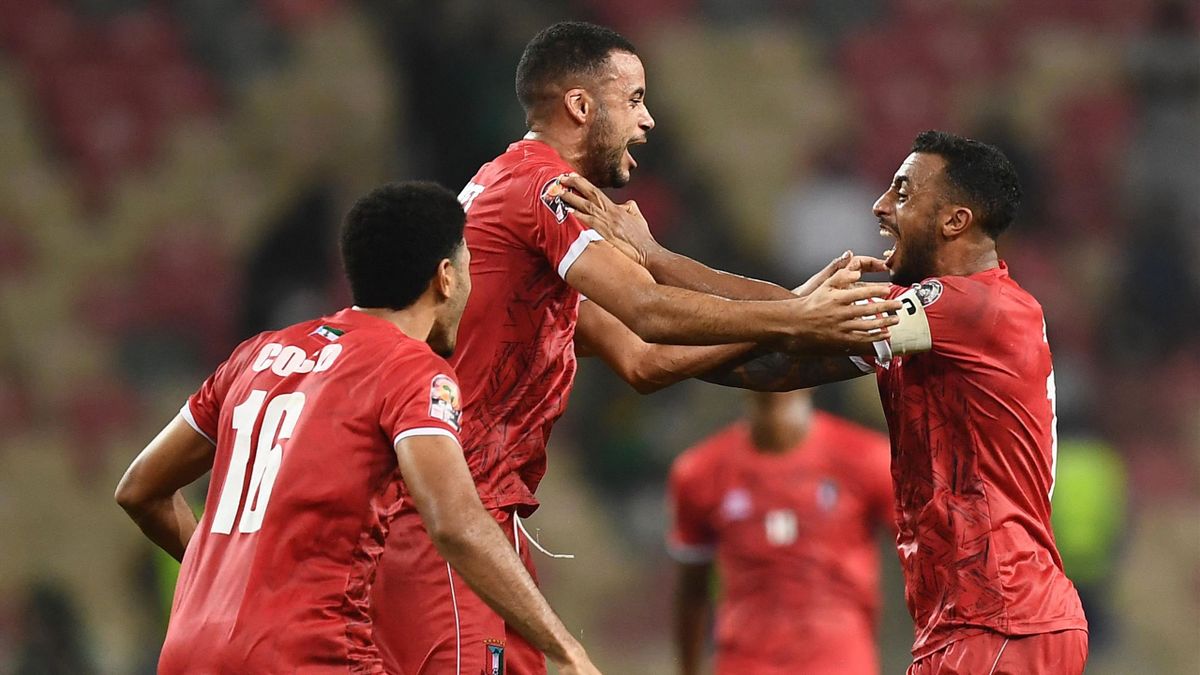 Equatorial Guinea have qualified for the knock-out stage at the on-going TotalEnergies Africa Cup of Nations 2021 in Cameroon.

The Nzalang Nacional sealed their place after a hard fought 1-0 win against Sierra Leone in a Group E match played at the Limbe Omnisport Stadium this evening.

It was Palblo Ganet’s 38th minute goal that made the difference for the Equatorial Guinea team. Ganet capitalized on a quickly taken free kick by José Machín when he slotted the ball past Sierra Leone’s goalkeeper Mohamed Nbalie Kamara.

Machín had come close in the 4th minute and later had his shot blocked by the Sierra Leone goalkeeper 10 minutes later.

After the interval the Sierra Leone Stars returned charged and pushed upfront to try and level matters. But the Nzalang Nacional continued to defend well and closing out the spaces.

The Leone Stars had defender Steven Caulker miss the target after 73 minutes.

After 85 minutes Sierra Leone were awarded a penalty after Issa Kallon was felled in the box. But they failed to make good use of the penalty as Kei Kamara stepped up, but his shot was blocked by Equatorial Guinea’s goalkeeper Jesus Lazaro Owono Ngua.

The Sierra Leone team came to the match in need of a clear victory to progress to the round of 16. Nzalang Nacional now qualify for the round of 16 after finishing second in the group behind Cote d’Ivoire who humbled Algeria 3-1.

Equatorial Guinea reached the semi-final stage at the AFCON 2015 when they hosted. They did not qualify for the 2017 and 2019 Editions of the AFCON held in Gabon and Egypt respectively.