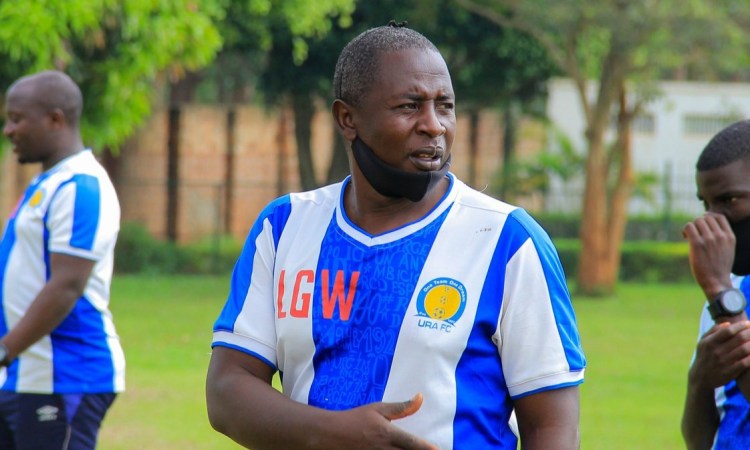 George Lutalo has been appointed the new Uganda Crested Cranes head coach for an undisclosed period, FUFA has confirmed.

Lutalo left his role as Uganda Revenue Authority (URA FC), assistant coach, in July following the expiry of his contract, and he replaces Faridah Bulega who is currently enrolling for a coaching course in Kenya.

“The FUFA Executive Committee has made changes in the technical bench for the Uganda Women’s National Team (Crested Cranes).”

“George Lutalo will serve as the head coach, replacing Faridah Bulega who has enrolled for a CAF B Coaching Course in Nairobi, Kenya,” FUFA said in a statement.

FUFA has not confirmed whether the appointment is permanent, but Bulega was accorded leave to enroll for a CAF B coaching course between September 6 – December 15, 2021, in Nairobi.

Bulega’s absence means that she will miss the COSAFA Women’s Championship. The Crested Cranes were confirmed to take part in the Southern Africa regional competition that is due September 28 – October 9 in South Africa.

The tournament will help the women’s national team prepare for the 2022 Africa Women’s Cups of Nations (AWCON) qualifiers.
The Crested Cranes get their campaign underway against Ethiopia in the first round during the international match window between October 18-26.

The second and final round of the AWCON qualifiers is scheduled for February 14-23, 2021.

Meanwhile, FUFA confirmed that Edward Kaziba will continue to serve in his role as an assistant coach, with James Magala also maintained in his position as the goalkeeping coach.

Former Uganda Cranes goalkeeper, Paul Ssali will serve as the Team Manager whereas Mable Kabatalindwa and Prossy Nalwadda are the Team Doctor and Equipment Manager respectively.

Lutalo and his technical team have started work by summoning a provisional squad of 32 players that will commence preparation for the CECAFA on September 10, 2021.

A number of regulars have been named on the team including goalkeeper Ruth Aturo who won the golden glove at the 2018 COSAFA tournament.

Goalkeeper Daisy Nakaziro, defenders Shadia Nankya, and Nabisaalu Bridget, midfielder Rhoda Nanziri plus talisman Hasifa Nassuna are among the 12 players who have been maintained from the squad that played at the COSAFA in 2018.

Four foreign-based players including Sandra Nabweteme based in Iceland, Lindey Wilson College’s Yudayah Nakayenze, Laki Otendeka who plays for Copa FC in New Jersey and Shiraz, Natasha based in Israel, and plays for Maccabi Hadera FC are also part of the provisional
squad.