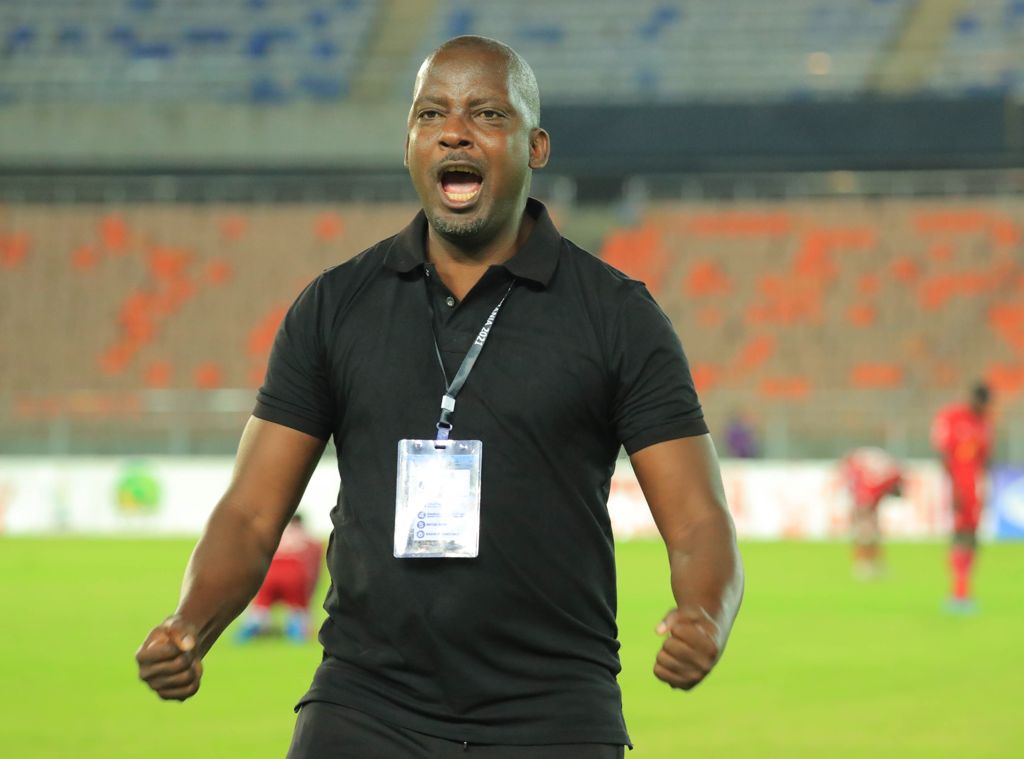 Wasswa Bbosa has committed his future to Express FC by agreeing a new one-year contract at the club.

The new contract will see Bbosa stay in charge of the club until July 2022, and will extend his stay at the club to 27 months since he replaced George Ssimwogerere in February 2020.

Bbosa together with his entire backroom staff had seen their previous contract run out at the end of the previous season.

Express have won two titles already under Bbosa, and are already gunning for a third trophy this year as they still chase the Stanbic Uganda Cup where they are at the semi-final stage.

The Red Eagles won their first StarTimes Uganda Premier League title in almost a decade as Bbosa’s team prevailed in the 2020/21 season.

They followed their league success by winning their first ever CECAFA Kagame Cup title as they triumphed in the regional tournament in August.

Bbosa told Express website: “I first of all, want to thank the chairman and CEO for working tooth and nail and ensure that my backroom staff and I stay put for another season.”

“This was bound to happen but it was only a matter of time. Am glad it’s now done so that we double our efforts and perform well on the continent.”

“We have achieved a lot together and I believe we shall achieve more this coming season,” he added.

Bbosa has enjoyed his stay at Express in what is his second stint at the club, and he has always shown his commitment at continuing working for his former side.

Meanwhile, Express FC chief executive Isaac Mwesigwa said: Everyone has been asking about the future of our coaches at the club but that is no more.”

“For me they have done a fantastic job and they deserve it. As a club we are glad that is sorted now so focus is now on the continental campaign,” he stated.

In total, Bbosa has been in charge of 43 games at Express in all competitions, 36 of which have been in the league. Express has won 20 of the 36 league games representing a win percentage of 55%.

Express is currently preparing for their CAF Champions League preliminary round qualifier against Sudan’s Al Merriekh FC on Friday.