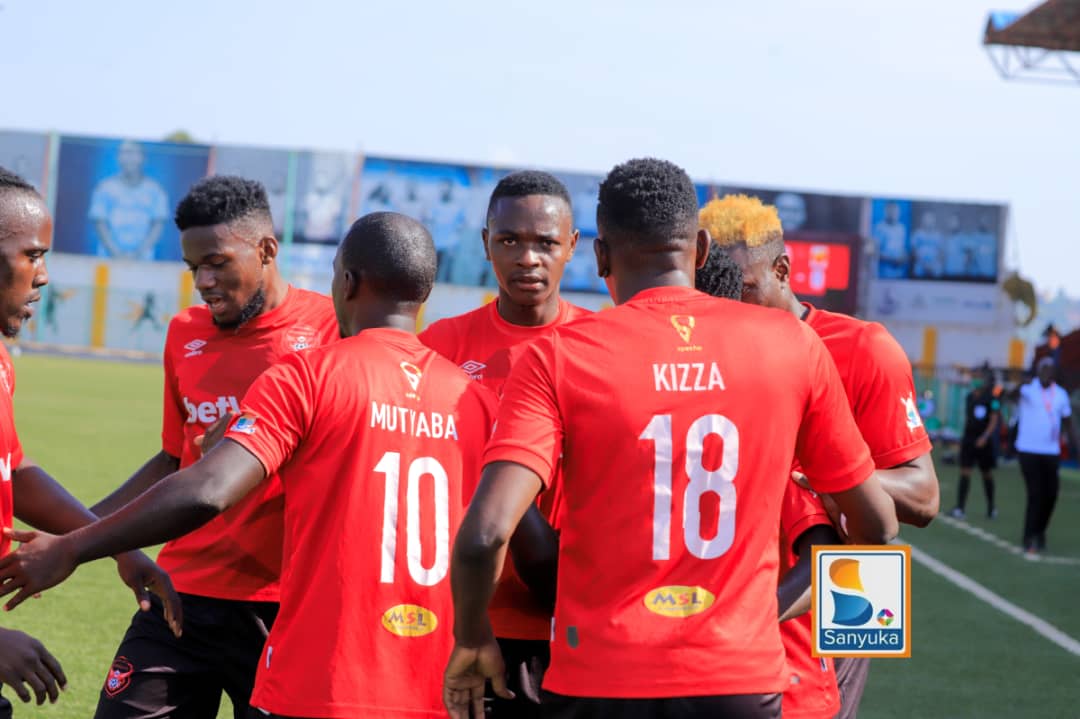 Express FC picked up a commendable 2-1 victory over Sudan’s El Merriekh FC in the first leg of their CAF Champions League first round qualifier at the St. Mary’s Stadium, Kitende on Friday.

The Red Eagles suffered disorganisation hours to the game after their head coach Wasswa Bbosa was barred from accessing the dugout by CAF because he did not have the coaching credentials to manage a game in the Champions League.

The club was forced into making drastic changes to their technical team, putting Simon Kirumira in temporary charge of the club, while Bbosa watched from the stands.

But the Express players did not seem affected by the situation, exuding confidence as they stepped out initially for warm ups.

And that confidence and self-belief would come in good shade for them early on in the game.

Six minutes into the game, Eric Kambale raced through on goal, before putting the ball beyond Al Merriekh goalkeeper Ahmed AbdelAzim Mohamed to hand the hosts the lead.

Express continued on the front foot through the opening 30 minutes, and nearly added a second, but Mahad Yaya Kakooza’s shot from outside the box glanced off the cross bar.

However, the home side failed to hold onto their lead going into the half time break, with Al Merriekh finding the equaliser five minutes before the break.

Abd Elgadir’s glancing header at the near post from Elsamani Saadeldin’s corner looped over Joel Mutakubwa to keep the tie level at recess.

Express reclaimed the lead 14 minutes into the second half, as Godfrey Lwesibawa slid through Kizza who calmly controlled before putting the ball between AbdelAzim’s legs.

Kizza’s goal was enough to ensure that Express carry the advantage into the second leg that will be played at the Al Merriekh Stadium in Khartoum, Sudan on Friday, September 17.